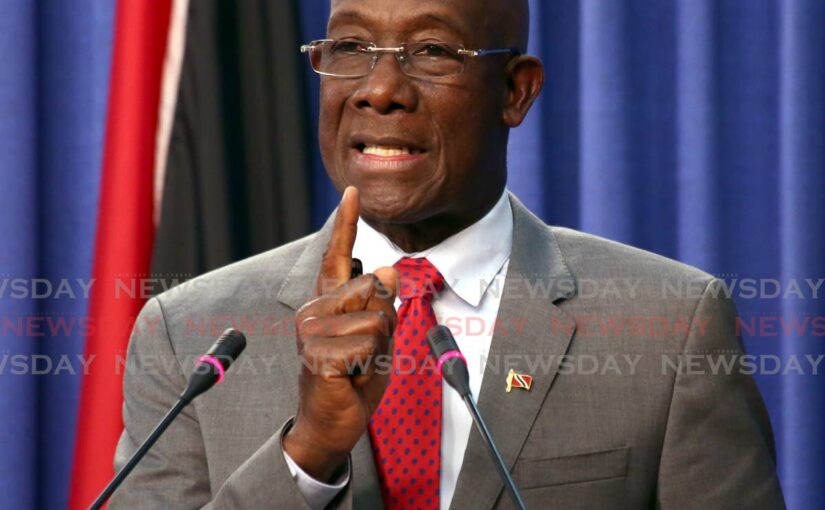 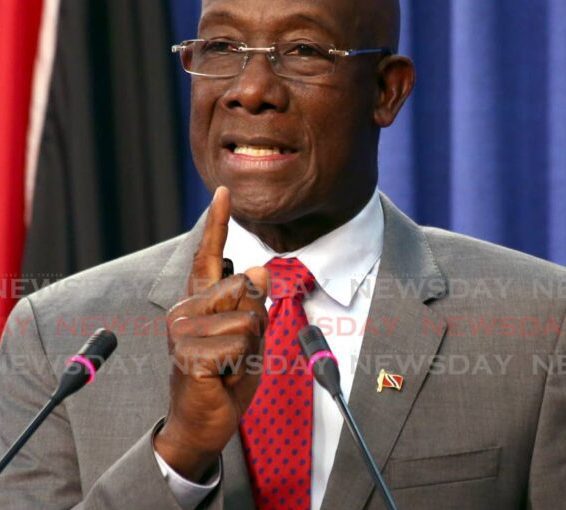 THE Prime Minister has knocked both a Sunday Express front page story and its editorial.

Referring to the story in that newspaper’s December 19 edition, Dr Rowley, in a Facebook post on Sunday, said: “This must be the worst piece of irresponsible journalism I have ever seen.

“In a pandemic, where thousands of doctors and many international agencies and hundreds of thousands of newspapers and other media entities are present and reporting, the Express has made the discovery as published, to undermine a vaccine which might very well be a victim of geopolitics.

“Where is the science here? Who are the people responsible for this data set being published in this way? It’s not only embarrassing it is downright destructive and worrisome.

“Who will be fired here? To attempt to undermine a nation’s vaccination program in a pandemic is nothing short of criminal!”

This post referred to a front-page headline in that newspaper: The Lab Report: Sinopharm Tested.

The story claimed the Sunday Express used the St Augustine Medical Laboratory (STAML) to do antibody tests, which that newspaper said it paid for, to analyse the level of antibodies in people fully vaccinated with Sinopharm and AstraZeneca vaccines.

Rowley’s condemnatory post was accompanied by a STAML disclaimer which said it was never engaged by any media house to participate in any analysis for assessing the reliability of any vaccine.

The disclaimer also said STAML is not affiliated with any media house.

STAML also said tantibody values are not in any way representative of antibody status in a patient and attempts to create this are not based on science. The lab also said scientific analysis and opinions should be left to the professionals.

In a separate Facebook post, Rowley also made known his feelings on the editorial of that newspaper in its December 19 edition.

“To think that such an irresponsible barrier was constructed on the very day that the newspapers were reporting a major shift in government policy to encourage the use of the authorised vaccines of all description is beyond appalling. It doesn’t stand alone,” Rowley wrote.

“Instead of encouraging a hesitant population to step up in our only available defence and vaccinate, the Express writes an editorial called, Too little too late, he continued.

“What is their alternative and exactly when was the early time to have stepped up before vaccine acceptance was given ample time to work,?” he asked.

“The Express needs to come out and own this error and appeal to the vulnerable population to not make their decision on vaccination on the basis of this dangerous article,” Rowley advised.