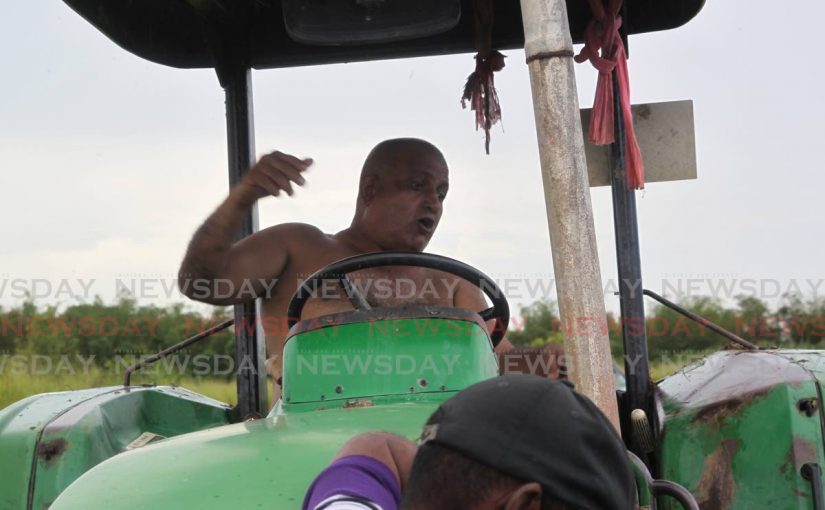 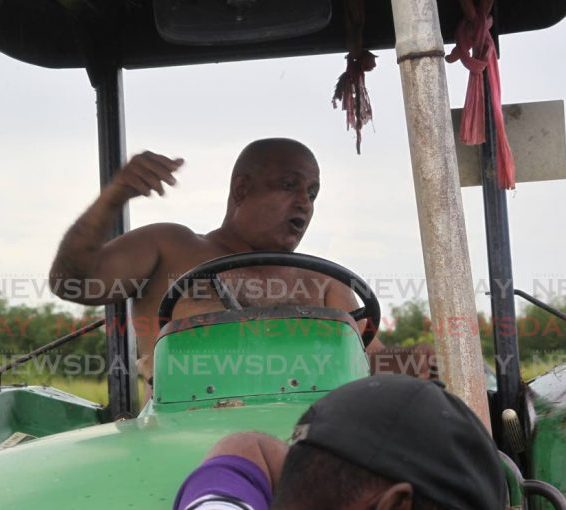 AMAZING STORY: Farmer Herman Lakhan gives a harrowing description of plane crash that occurred on the south bank of the Caroni River on Tuesday. The plane got into difficulty as it attempted to land at the Piarco International Airport. Its two occupants survived the crash. – Roger Jacob

Despite the danger of having to make an emergency landing outside of his designated airfield, a veteran pilot was able to guide his plane to safety on Tuesday morning.

Randel James was on a routine flight training exercise with a trainee when the Diamond DA 40, four-seater light aircraft got into difficulties when it tried to land at runway 10 of the Piarco International Airport at around 9.48 am.

James guided the plane to make an emergency landing on the Caroni Southbank River.

Police and fire officers went to the area and took James and the trainee to the Arima Hospital where they were treated for minor injuries and discharged shortly after.

Speaking with Newsday via a telephone interview on Tuesday afternoon, James said while he did not want to speak much he was happy to be safe after the incident.

“I am good. I am out of the hospital and that’s as much as I can say. I’m grateful to be here right now.”

The plane itself was destroyed during the landing.

A media release from the Airports Authority of TT on Tuesday afternoon confirmed the incident and reported that no other flights or operations were affected by the plane’s emergency landing.

The plane which belongs to Aerial World Services Ltd was on a training exercise when the incident happened.

Newsday spoke with head of training and director of flight operations for the company Nigel Ramsahai who said while the incident was unfortunate, he was happy both James and the trainee escaped without serious injury.

He noted that the successful landing of the plane was testament of James’s skill and the sturdy structure of the plane.

“I’m just really grateful that there are no serious injuries right now. The incident could have been much worse but fortunately, the pilot used his skill and training to land the plane safely.

“It’s also testament to how well-constructed the cabin of the plane was in these types of aircrafts. Had it been another airplane it might not have fared as well on landing.”

Ramsahai said the plane was forced to land in a field near the airspace and was damaged when it rolled into a nearby ditch.

He said both the trainee and pilot were expected to be discharged later on Tuesday afternoon.

Newsday visited the area where the plane landed and spoke with farmer Hemraj Lakhan who described seeing the plane attempting an emergency landing.

Lakhan who was working in his fields at the time said he originally thought the plane was surveying nearby parcels of land until he saw it flying low.

“When I looked up in the sky I saw a little plane coming down. All of a sudden I saw it flying towards me.

“I stopped the tractor and waved my arms in the air. When he realised he was in difficulty, it went up in the air a little more but then it fell down and rip across the bank of the river.

“I went down to try and help them but my tractor got stuck but by the time I went down there I saw they were out of the plane already.”

Lakhan said he remembered it was sunny, clear weather.