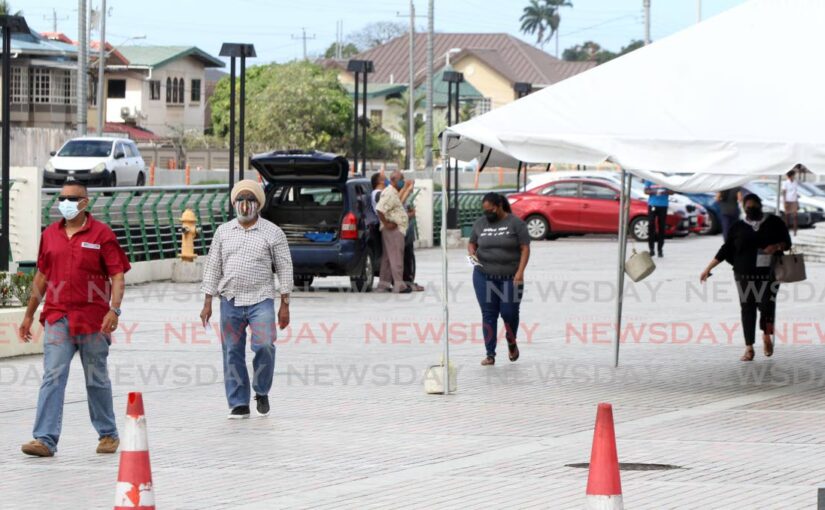 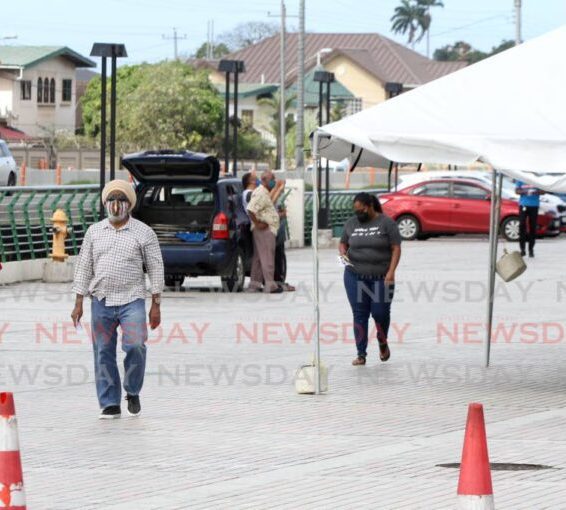 News
People leave the Southern Academy of the Performing Arts on Wednesday after getting vaccinated. Photo by Angelo Marcelle

Over the past several months, San Fernando resident Cindy Bhagoutie has listened to a close relative – who is a health practitioner – recount numerous stories about people begging to be vaccinated against covid19 on their deathbeds.

For Bhagoutie, those stories were a good enough reason to get her covid19 vaccine booster on Wednesday at the Southern Academy for the Performing Arts (SAPA) mass vaccination site in San Fernando.

Bhagoutie, who was joined by her husband Omardath, was among dozens of people who streamed into the site to get their jabs.

She told Newsday, “I think the covid19 virus would hit everybody at some point in time, so at least it (the vaccine) would give us a chance if we happen to get it.

“My advice to people is to just take the shot, because it’s less risk out there for you and other people.”

The Health Ministry’s data shows 87.5 per cent (8,156 of 9,321) of patients entering the parallel healthcare system between July 22 and December 8 were not fully vaccinated.

Public servant Justin Timothy heeded the Prime Minister’s call for all public servants to get vaccinated as he got his first Sinopharm jab.

The Pleasantville resident explained, “Work is the only reason I got it, I don’t have a choice now.”

Like Timothy, Princes Town resident Harideo Sookdeo felt he had no choice and took his first Pfizer jab.

Because he was unvaccinated, Sookdeo said he was excluded from several “safe-zone limes” with his friends.

A vocal Sookdeo told Newsday, “Why I end up coming and taking this (vaccine)? Because you can’t go noway and if you don’t get this, well hard luck. You have to have this, because I tried to go to three places and they put me out.”

Fr Gomez reminds soldiers: This is not just a job

But Sookdeo also delayed getting his jab, as he feared it would affect his sexual prowess. He asked Newsday about rumours of men experiencing a reduction in the length of their reproductive organs. The Newsday team referred him to Health Minister Terrence Deyalsingh’s comments on the issue.

Answering questions in the Senate on December 15, and on numerous other occasions, Deyalsingh has said there is no evidence to suggest covid19 vaccines affect the sexual performance of men.

One Princes Town resident, who did not want to be named, told Newsday she had had covid19 and would not like to contract the virus again.

“I had the covid and I don’t want to get it again. I did not end up in hospital, but it was a terrible experience, because I couldn’t breathe and I had bad fever.”

She was joined by her 21-year-old daughter, who is a student of the University of Trinidad and Tobago and expects to be required to be vaccinated to attend in-person classes when they eventually resume.