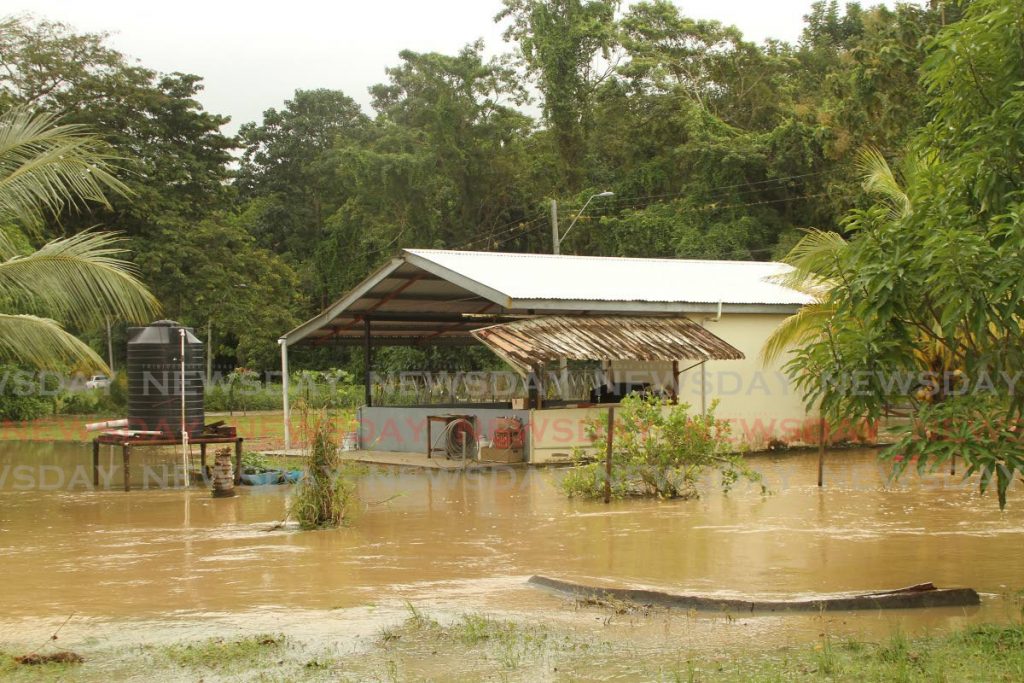 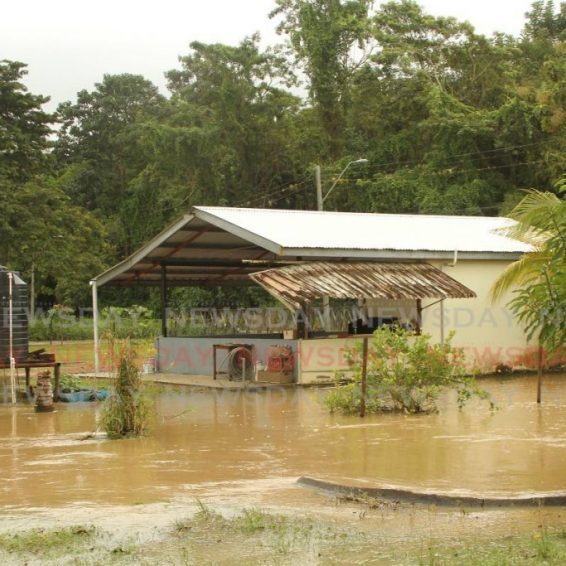 People who live at Goodman Trace, Penal, are once again asking the authorities to do drainage work in the area, as their homes were flooded by heavy rain on Tuesday.

When Newsday visited on Tuesday, several roads were impassable and the Goodman Trace Recreation Ground was submerged.

A marooned elderly man told Newsday he was accustomed to the raging floodwaters which surrounded his home. With little fuss, he said he monitors the water and knew Tuesday’s flood would subside eventually.

Several residents told Newsday this was the third time for the year they’ve experienced flooding.

One resident, who goes by the nickname “Dole,” said they have been left distressed by the constant flooding.

He added, “It does be a big distress for people, because that floodwater not nice.”

Dole claimed the last time proper drainage work was done in the area was after the devastating floods of October 2018.

But he described those works as a “Band-Aid.” given flooding was only mitigated for a short period afterwards.

He explained, “The corporation or whosoever cleared the rivers (after the October 2018 floods) and we had no flooding for a while.

“But it has had a lot of rain in 2021 and this is the first time we have seen so much since the work was done, because the weather has been extreme.

“If these rivers…continued to be cleaned properly, we wouldn’t be having this problem.”

However, Dole isn’t entirely blaming those in authority for the flooding.

He alleged that at times, maintenance crews from the Penal/Debe Regional Corporation (PDRC) are unable to access areas to do drainage work because some residents don’t allow the crews to enter their properties, which is necessary to do the work.

“From the time a crew come in the area and somebody say don’t come or cut somewhere, the corporation goes, and that’s it.

“But if you are the corporation and you’re responsible for cleaning drains, you are supposed to have your laws and clause in place so nobody could stop you.

Carmona: Don’t use past wrongs to justify present wrongs

“Everybody needs to get their act together in respect to that, because it’s real simple.”

Brian Maharaj told Newsday even though he thinks flooding is a natural occurrence that can’t be entirely stopped, he does believe more can be done to mitigate it.

Maharaj explained, “Honestly speaking, this flooding is nature…a lot of these houses were built in low areas, so when the rain falls like this, it’s expected.

“But there are lot of areas where you need some maintenance of the drainage and expansion of the drainage works in the areas that have been developed over time to help alleviate the situation.”

On September 11, residents of Suchit Trace, Penal, held a demonstration to call for drainage work to be done on the Coramata River to reduce the possibility of flooding in the area.

When Newsday visited the area for the September protest, it was a sunny day and the road was lined with flags.

But when Newsday’s returned on Tuesday, the road was inundated with floodwater.

He explained that while the corporation assumes first-responder responsibilities during and immediately after floods, it will assist in relief efforts soon afterwards.