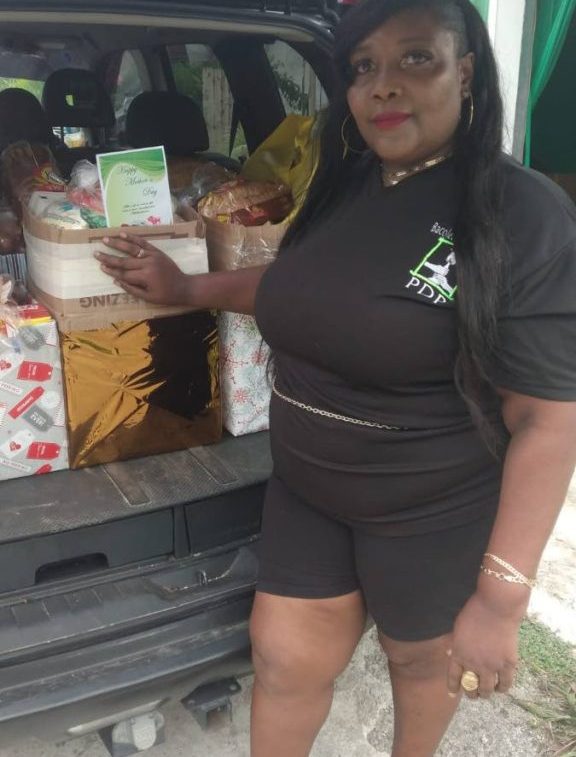 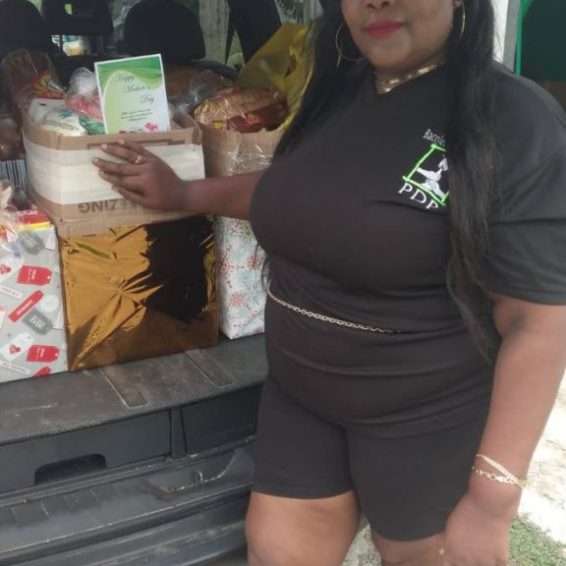 PDP’s Morrison: You can serve without political power

Progressive Democratic Patriots (PDP) prospective candidate Meghan Morrison is facing the polls on December 6 with renewed vigour but the same commitment to serve. Despite her defeat to the PNM’s Joel Jack in the THA election on January 25, Morrison has remained committed to her community.

Although eager to be the electoral representative for Mt St George/Goodwood seat, Morrison said political power is not the only way to influence one’s community.

Morrison, a THA employee in the accounts department, Division of Sport and Youth Affairs said, “Notwithstanding I was not successful in the last elections, the experience strengthened my resolve, and I could not let the love and support shown to me during and after the process, along with my good showing in the polls, being a first-timer, fade away.”

She added, “You don’t have to be the representative to make a difference in people’s lives. I highlighted several ills in the constituency during my campaign and with the help of members of the public, colleagues, sponsors and the party community action group, we did what was possible, given our limited resources.”

She said the hardship of the pandemic has affected a lot of people and the PDP had to be innovative to find ways to help.

She said a fortnightly hamper drive was started but the demands outweighed the supply.

As a result, the Loaves of Love initiative was born, which saw the PDP distribute approximately 1,000 loaves per weekend from Country Style Bakers in Goldsborough.

Morrison said a book drive and eye clinic project were two other programmes which meant a lot to her.

The former was held on Independence Day with thousands of books – school curriculum, fiction, non-fiction, religious and motivational – and school supplies distributed for free.

“The children are our future, and their education is essential to our island development,” Morrison said as she noted parents were struggling to purchase back-to-school supplies.

“We were also concerned about the health of the students’ eyes, due to the long hours they spent on the computer, tablet and phone devices, during online school.

“In September, a partnership was forged with the Value Optical eye-clinic, where free eye testing was provided to the students. The process was conducted at the Hope pan tent in my district, which facilitated close to 100 students.”

Morrison, who holds a master’s in management from Australia Institute of Business, said she had never planned to get into politics.

“Entering the political arena was not something that I planned or actually catered for. I always had my views, but was satisfied to be an avid supporter of any group that put Tobago and Tobago’s people first.”

But she said her mind changed when she saw her area representative not fulfilling promises that were made.

“I saw the lack of accountability and transparency within the THA. That was the turning point in me offering myself as a prospective candidate.”

Morrison said she has always been a passionate community activist.

“I am no johnny-come-lately to community involvement,” she said, “I was heavily involved in church activities as a youth, and after leaving secondary school, I became a member of the Mt St George Youth Organisation, where I elevated to the executive.

Morrison said that her position as an executive member in the group, enabled her to be actively involved in their activities, some of which she highlighted.

“The experience heightened my interested in the community, and I learnt that young people of Tobago can do great things, when they are allowed to work together and foster the type of bonding, that Tobagonians are known for.”

Morrison said people in her electoral district must have a say in THA decisions.

“I will ensure that the constituents are part of the decision-making process, especially when such decisions impact their lives. I will work on the improvement of roads and drainage, along with making state lands available to deserving applicants, for agriculture and housing.”

Another priority she said, will be commencing work on the Hope bridge.

“The lack of attention on the Hope bridge has allowed an important east-west artery to remain closed, so that vehicular traffic grind to a halt when there is an accident or other obstruction, at the junction of Belmont and the Windward main road.”

Morrison, who is expected to deliver her first platform speech on Sunday, said that she is confident of her chances this time around. “I am asking Tobagonians to support the PDP on election day, as we look forward to fixing Tobago’s problems after the 6th of December.”