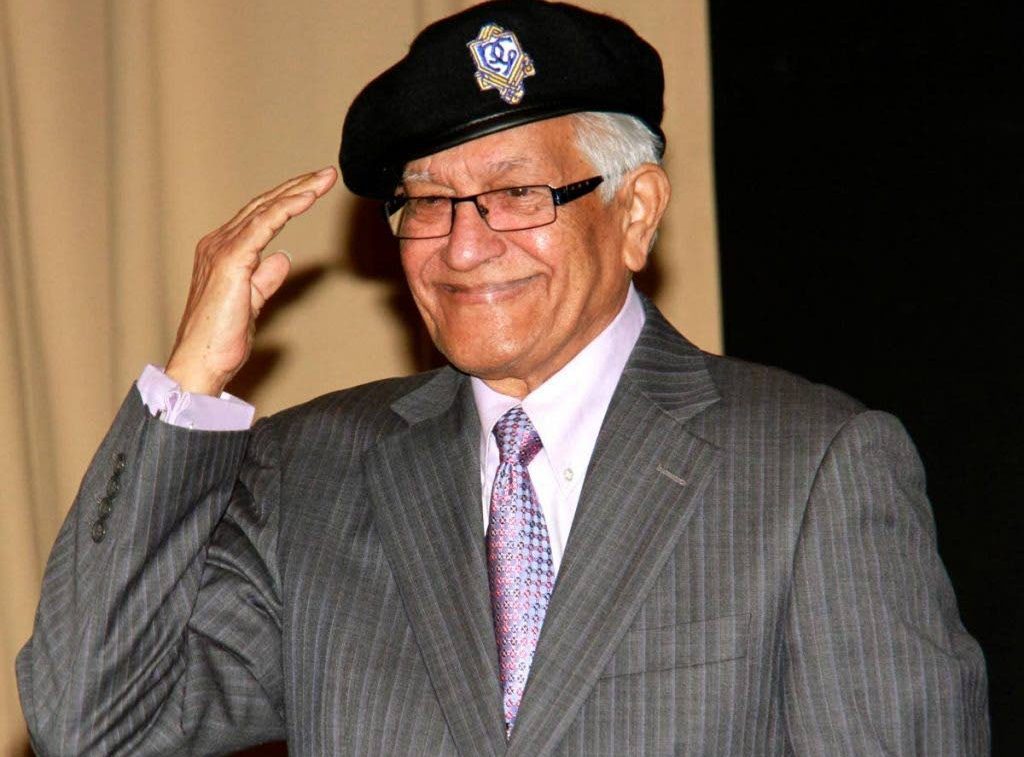 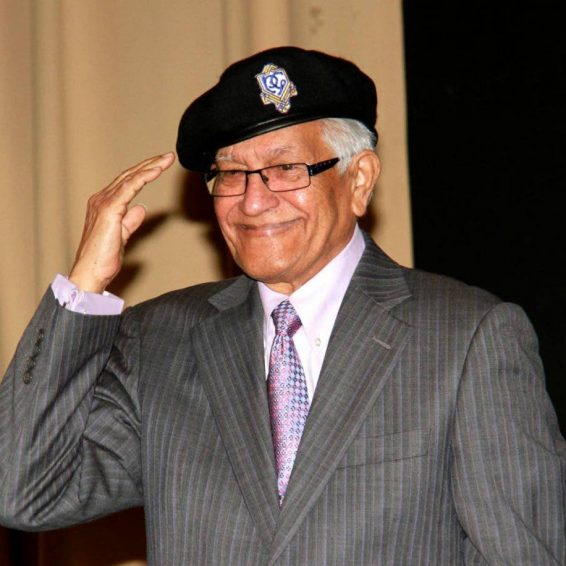 Former Secretary of State Colin Powell gives the closing keynote at the World Congress of Information Technology in Austin, Texas in this May 5, 2006 file photo. Powell, who died on October 25, visited Trinidad for the inaguration of the Eric Williams Memorial Collection in March 1998. –

Former prime minister Basdeo Panday introduced late US Secretary of State General Colin Powell to scotch and coconut water during the latter’s whirlwind visit to Trinidad and Tobago in 1998.

And, according to Panday, Powell “never looked back.”

Powell was one of several dignitaries who had been invited to the country to help launch the Dr Eric Williams Memorial Collection at the main library of the St Augustine campus of the University of the West Indies on March 22, 1998.

Powell had also addressed a group of businessmen in Port of Spain during his short stay.

Prime minister Basdeo Panday, Erica Williams-Connell, former US Secretary of State Colin Powell at the inaguaration of the Eric Williams Memorial Collection, University of the West Indies on March 22, 1998. Panday recalls Powell as a “gentleman of the highest order.” –

Panday, who served as prime minister from 1995 to 2001, recalled that after the launch of the collection, he had hosted a reception for Powell at his official residence.

“There, I discovered that he liked scotch and coconut water,” he said in an interview on Thursday.

“Because, I remember when he came, I took him into the library and I asked him whether he would have a drink and he said, in typical army style, rum and something or the other. I asked, ‘Have you tried scotch and coconut water?’ He said, ‘No.’ But after I gave him the first one, that was it. He loved it.”

Powell, 84, a former chairman of the US Joint Chiefs of Staff and diplomat, passed away on October 19 due to complications from covid19, his family wrote on Facebook. His family added he was fully vaccinated.

At the time of his death, Powell was also battling multiple myeloma, a cancer of plasma cells that suppresses the body’s immune response as well as Parkinson’s, Peggy Cifrino, Powell’s longtime chief of staff confirmed to CNN.

Panday recalled that apart from cultivating a taste for scotch and coconut water during his visit, Powell had also fallen in love with the music of legendary calypsonian Sparrow (Slinger Francisco).

“I had invited a series of calypsonians to perform and he listened to Sparrow and he fell in love with Sparrow.”

Panday said Powell had only one request when he was leaving the country.

But even before he visited TT, Powell, from social media accounts, was already a fan of the nine-time calypso monarch.

The son of Jamaican immigrants, he was an Episcopalian acolyte during his childhood days in the Bronx, New York, but as an adult, developed a love for calypso.

Powell apparently loved Sparrow’s use of innuendo in his offerings, noting during the reception at Panday’s residence that Williams had had his fair share of criticism in calypsoes.

Powell responded, “Of all the honours I’ve received, this is the best.”

Earlier, during an address to businessmen, Powell had told reporters that calypsoes reflect traditions that “bind young people and past generations.” But Powell added he was not above the “naughty stuff” for which calypso is known.

On Thursday, Panday described Powell as a “gentleman of the highest order.”

“He was a very cultured, kind, intelligent and respectable person. Anything you can say good about a man you can say it about him.”

Panday said Powell’s death is not only a loss to the US but the entire world.

“I take this opportunity to extend my deepest condolences to his family and all of his friends.”

Asked how he felt the war veteran should be honoured, Panday said, “That’s a matter for the American government seeing he was a citizen there and a person who had top rank in the armed forces. I think they would be the ones to determine how he ought to be honoured.”

Commenting briefly on the country’s state of affairs, Panday said politicians must perform their roles in a way that benefits all citizens.

“Politicians have to do their work, which is to govern the country to provide the greatest happiness for the greatest number of people. That is their function.”

He believes TT politicians have not been fulfilling this mandate.

“Most countries are trying, except Trinidad and Tobago. There was a time when the country felt that money was no problem and with money being no problem, it was squandered and there was a tremendous amount of waste and mismanagement. Today, the country is heavily in debt for which the current and future generations will pay.”

He added, “I wish politicians will do what they are supposed to do – that is to run the country in such a way that people are happy and not just a group of people, not a section of people but the entire population.”

Panday observed this has been the case in most post-colonial countries.