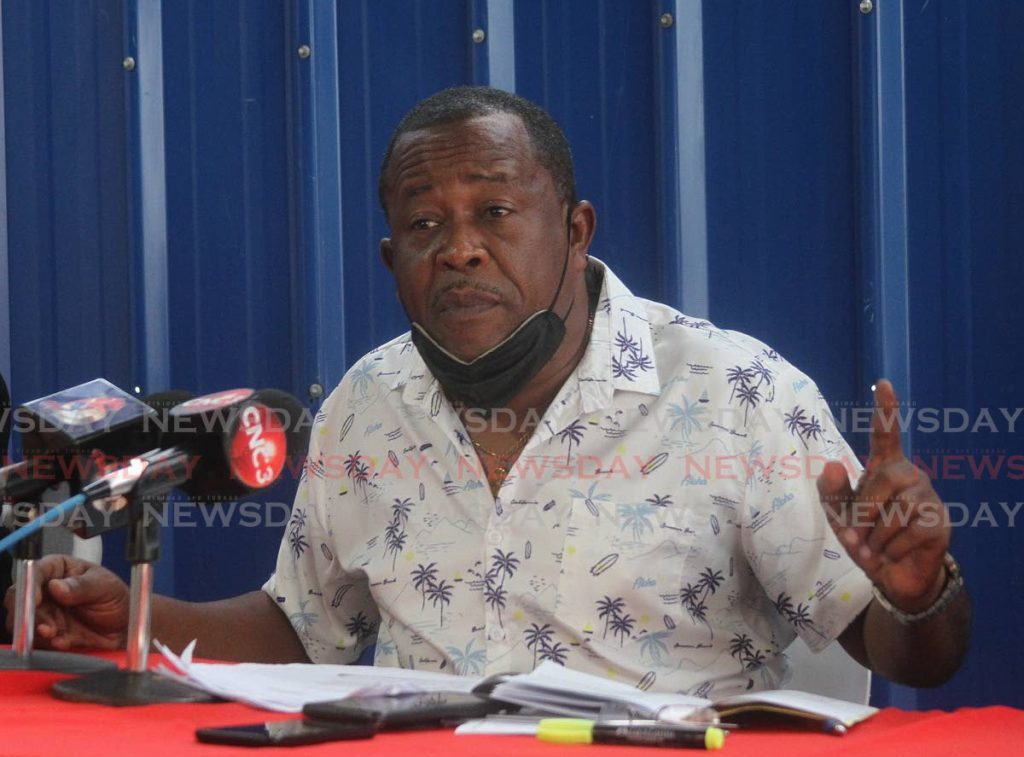 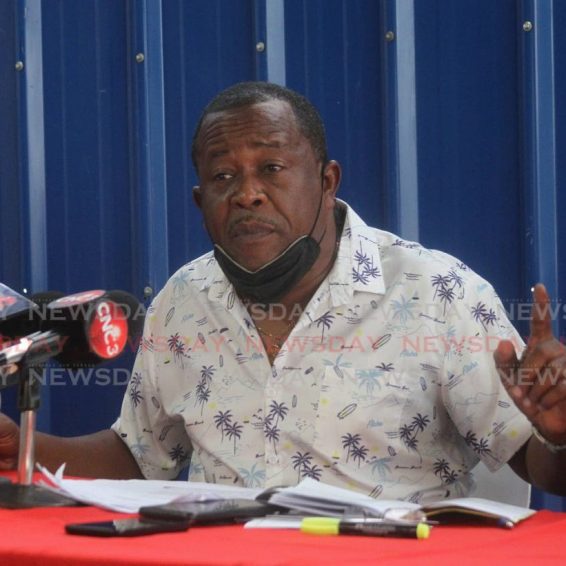 TUCO member Abbi Blackman speaks at a press conference on Tuesday at Playboys panyard on Tragarete Road in Port of Spain. PHOTO BY ANGELO MARCELLE

IN A historic move, members of both Pan Trinbago and the Trinbago Unified Calypsonians Organisation (TUCO) held a joint press conference to condemn the failure of their respective presidents to host elections.

During the press conference on Tuesday at Playboys Pan Yard on Tragarete Road, Port of Spain, spokesmen for the two organisations said they no longer support their presidents and demanded elections.

Founder of the Diatonic Pan Institute and Pan Trinbago member Keith Byer said the pan organisation is under threat.

Pan Trinbago is facing legal action by Fuad Abu Bakr, a delegate of Western Stars Philharmonic Steel Orchestra. A letter to Pan Trinbago by Bakr’s attorneys said the annual general meeting was supposed to be held on October 31.

Byer said there needs to be an opportunity where all members can cast a vote in keeping with the organisation’s own rules.

Byer, who said he is one of the co-authors of Pan Trinbago’s constitution and who is a former VP of the organisation’s central executive, said according to the constitution, all officers of the association shall be elected triennially and shall hold office for three years.

Keith Byer who spoke at the press conference on PanTrinbago issues. PHOTO BY ANGELO MARCELLE

Having offered himself for the position of president in several elections and lost, he said he is willing to step aside and let younger, more enthusiastic members take the lead.

“People are ready and willing to offer themselves, young, dynamic people who can take over…and I will support them.”

Bakr said he is representing the bands who are against the Beverley Ramsey-Moore-led administration.

He is calling on the Ministry of Culture and the Arts to intervene, since Pan Trinbago is a recipient of state subventions.

Bakr said if Ramsey-Moore wants to retain the position, she is free to offer herself for re-election.

Representing TUCO at the press conference was Kenrick Joseph, who said after the passing of president Lutalo “Brother Resistance” Masimba on July 13, vice president Ainsley King was appointed acting president until an election was held to fill the position.

However, Joseph said according to TUCO’s constitution an election should have been held within 28 days of Masimba’s passing, but this has not happened. He said the post of president is therefore vacant until an election is held.

He said TUCO issued a press release citing the vacancy of the VP position, but not that of the president.

Also speaking on TUCO was Abbi Blackman, who said an election is needed so that whoever sits in that post can do so legitimately.