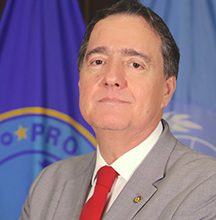 The Americas reported fewer covid19-related cases and deaths in the past week in more than a year, the Pan American Health Organization (PAHO) said on Wednesday.

Dr Jarbas Barbosa, deputy director of PAHO, said at a weekly webinar that in the last eight days the figures for new infections stood at 800,000 and there were 18,000 deaths from covid19.

Barbosa said the figures gave reason to be “optimistic,” although one must still remain vigilant, since: “More than half of the population of Latin America and the Caribbean still remains unprotected against the coronavirus.”

In North, Central and South America, covid19 infections and deaths are declining, with a few exceptions.

“Belize has reported a sharp increase in deaths and Paraguay doubled its coronavirus cases in the last week,” Barbosa said.

In addition, some small islands in the Caribbean are reaching their first pandemic peaks of cases and deaths, such as Saint Kitts and Nevis, Barbados, Anguilla, and St Vincent and the Grenadines.

Regarding vaccination, Barbosa said currently almost 44 per cent of the population of Latin America and the Caribbean has completed the vaccination scheme against covid19.

“We have twice as many vaccinated as in August. This is significant due to the work that has been done through Covax,” said Barbosa.

However, he said Guatemala, SVG, Jamaica, Nicaragua and Haiti had less than 20 per cent of their populations vaccinated.

“But the good news is that more than three million doses will reach our region through Covax this week. And deliveries are expected to accelerate in these last months of the year,” said Barbosa.

PAHO said in the next few weeks more than 168,000 doses of the Johnson & Johnson vaccine will arrive in Haiti that are from a single batch and will contribute to advancing the percentage of those immunised.

Dr Sylvain Aldighieri, PAHO’s director of incidents for covid19, said the upcoming commemorative dates of the Day of the Dead and Christmas are high risk for a covid19 emergency and countries must redouble their efforts to avoid complications.