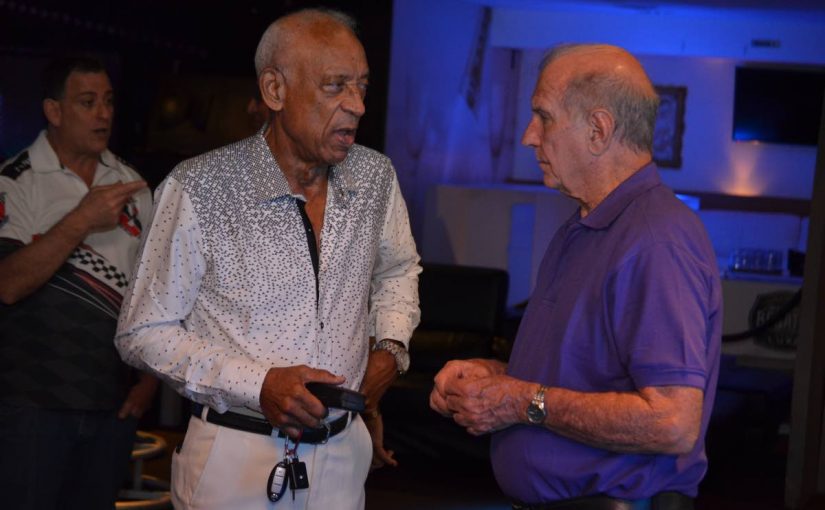 OVER 40 boats will compete in the 50th running of the TT Great Race which will be held on August 18.

The 2018 launch was held at the 51 Degrees Lounge on Cipriani Boulevard in Port of Spain, recently.

Great Race participants from the 1970s and 1980s were invited, along with co-founder of the event Dr Ken Gordon, who delivered the feature address.

Last year, Mr Solo Too won the overall title at the 49th edition of the annual inter island trek. Mr Solo Too got to the finish marker in Store Bay, Tobago in one hour 12 minutes and 35 seconds (1:12:35).

Jason Ross, one of the team members of Mobil Outlaw, said he expects a strong field of competitors. Speaking at the launch, he said, “The E Class is a very competitive class. It has been competitive over the last three years. We as a team have dominated over the last three years in regattas. We do have two Great Race wins under our belt and we are hoping for a third, but there are some very strong teams in the Great Race.”

The post Over 40 boats for 50th TT Great Race appeared first on Trinidad and Tobago Newsday.

Mon Jul 30 , 2018
A Belmont man who was beaten on the head 26 days ago under mysterious circumstances died at the Intensive Care Unit of the Port of Spain General Hospital early yesterday. Earlier this month Nigel Grant, 32, of Samuel Lane, Belmont was found with head injuries and unable to speak. He […]