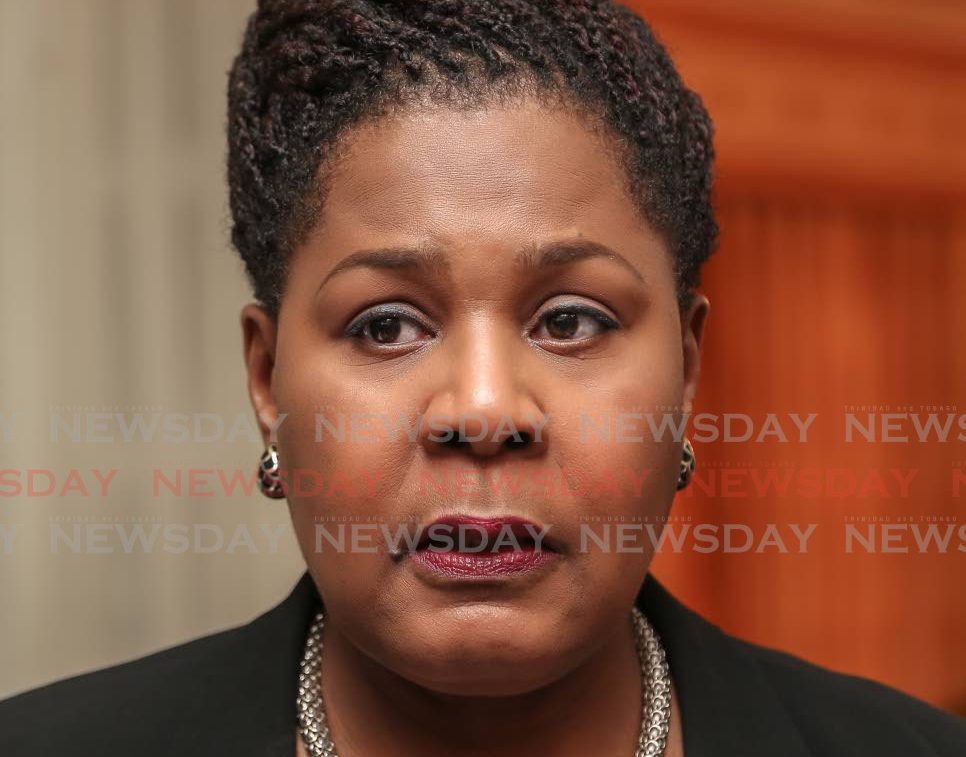 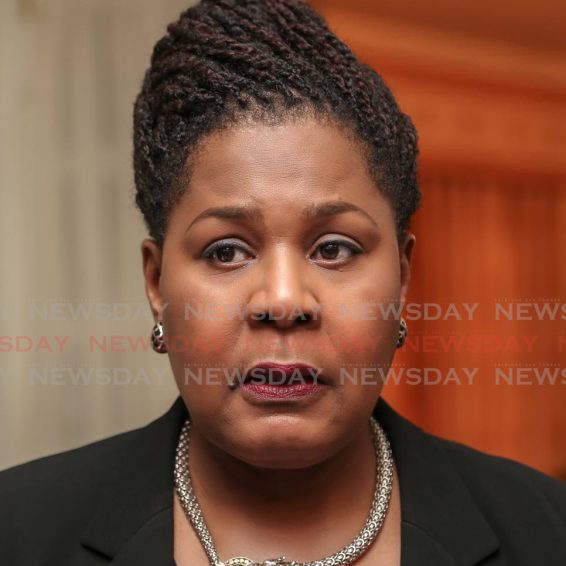 Leader of Government Business in the House, Camille Robinson-Regis. –

WHILE the Opposition’s motion to have President Paula-Mae Weekes removed from office is historic, the tribunal needed to adjudicate on that will never meet since the motion will need Government’s support.

According to the Constitution, when the motion reaches the Electoral College, which is made up of all MPs and senators, the Opposition will need 23 additional votes to carry the process further.

In accordance with section 36(1)(c) of the Constitution, the motion will only be carried to the tribunal, headed by the Chief Justice, if there is a two-thirds vote.

The Electoral College totals 72 members. The Opposition commands 25 while the Government has 38, the remaining nine are Independent senators appointed by the President. The two-thirds mandate equates to 48 votes, which means the Opposition will have to get the support of 23 others in order for the tribunal to be convened.

There will be no debate on the motion.

Before it reaches the Electoral College, the motion needs one-third of the House of Representatives which is 14 members. The Opposition has 19.

According to the guidelines for the proceedings Thursday, the motion will be read in full without amendments. After that is done the 19 Opposition MPs who signed the motion will have to confirm their support then the House will be adjourned and the Electoral College convened.

Speaking with Newsday on Wednesday, UNC PRO Dr Kirk Meighoo said Opposition Leader Kamla Persad-Bissessar has asked that the whip be removed so that there will be a conscience vote and not one along political partisan.

“It’s important for the debate to occur, and for all the issues to be aired in the Parliament. If the whip is lifted and people have a conscience vote then the possibility still exists.”

Told that the numbers are not favourable for the Opposition to allow the motion to pass, Meighoo agreed that the “numbers would suggest that.”

He added: “We will have to deal with that, but the Speaker has no right to prevent debate on any motion. She has no authority to do that whatsoever. And this is something that the party is dealing with. The Electoral College is not supposed to vote on a motion. That’s another issue as well.”

He added that the UNC will challenge the Speaker on these issues.

Newsday also spoke with Leader of Government Business Camille Robinson-Regis who said she did not receive any request to lift the whip to allow for conscience voting. She emphasised that there will be no debate on the motion.

“I have said it more than once that Mrs Persad-Bissessar does not know parliamentary procedure. It is clear again that she is demonstrating that she does not understand procedure.”

She added that the threshold is high to avoid “sending any kind of nonsense” to the Chief Justice.

Asked if the Government will support the Opposition to allow for the matter to reach the tribunal, Robinson-Regis said that will be seen in the vote on Thursday.

Condolences pour in for Marabella fireman

“Remember that this is the highest office in the land, you can’t just bring a frivolous motion and expect support. It is the Chief Justice you’re asking to set up this tribunal you know, and it must be something so egregious to warrant you asking for the President to remove. Whether the whip is removed or not, anybody who is sensible will realise that this is very frivolous.”

Robinson-Regis added: “It is disturbing that the Opposition Leader would go to these lengths. This is being watched by the world because as you rightly said, it is the first time it has happened. And to think that you would want to impeach a President who has not brought the country into disrepute and who has not done anything that is so dastardly that she needs to leave office, it’s a very sad day for Trinidad and Tobago.”

On Monday, Attorney General Faris Al-Rawi called on Persad-Bissessar to withdraw her “unwarranted attack” against the President.

At a virtual media conference on Monday, Al-Rawi, who described himself, by the nature of his office, as the attorney for the President, called on Persad-Bissessar to withdraw her motion.

“This unjustified attack on the Office of the President is an overreach,” Al-Rawi said adding that while it is open for Persad-Bissessar to bring the motion, she was “not on the right track.”

However, Persad-Bissessar disclosed, during the UNC Monday night forum, that she wrote the President raising questions about her account that the merit list for a substantive police commissioner was withdrawn by the former Police Service Commission (PSC), further calling on the President to halt the exercise to appoint a new commission.

The motion, which will be debated at 10.30 am, alleges there was interference in the PSC during its selection process of appointing a police commissioner. The motion further alleges that a completed merit list for nominees for the post was submitted to the President’s Office and she refused to notify the House as mandated in law.

In a media release on Sunday, the President broke her silence on the issue, which lasted over a month and saw the collapse of the PSC, saying she was waiting until the court matters brought in relation to the acting appointment of former police commissioner Gary Griffith was settled.

The President said she received the merit list on August 11 and later that day the PSC rescinded the list and as a result she had nothing to forward to Parliament. She added that she was informed that the process was incomplete.