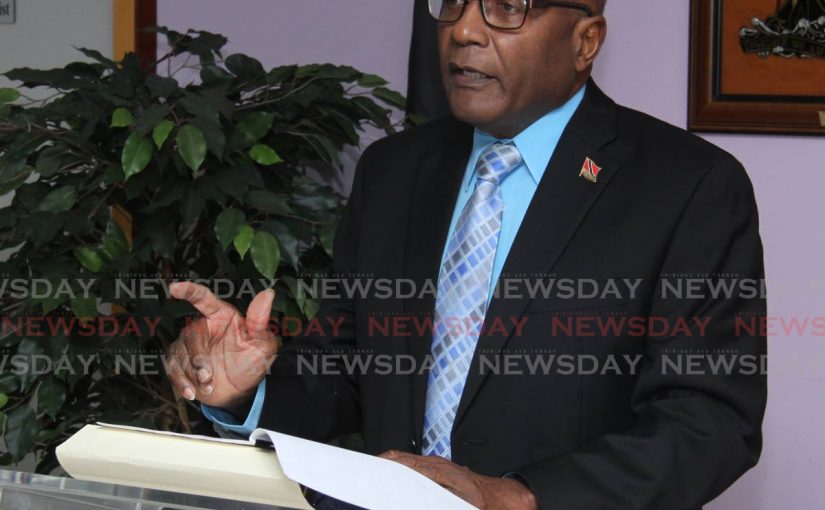 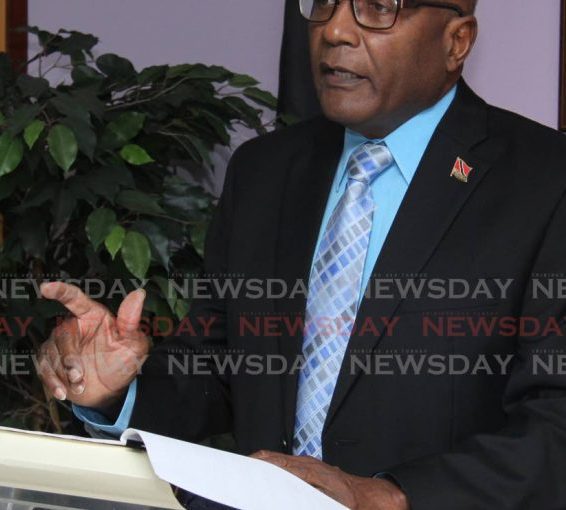 Naparima MP Rodney Charles during a UNC media briefing at the Opposition Leader’s office in Port of Spain on October 31. – Photo by Angelo Marcelle

Naparima MP Rodney Charles is calling on President Paula-Mae Weekes to fire all of the nine independent senators and appoint “representatives of the diverse interests who contribute to our wealth, prosperity and well-being.”

Charles’ appeal follows a motion by independent senator Anthony Vieira to censure the Opposition over their alleged remarks at the recent Electoral College meeting on October 21. The college met to consider a motion by Opposition Leader Kamla Persad-Bissessar to appoint a tribunal to investigate the President’s conduct in the Police Service Commission selection process to appoint a new commissioner of police. All nine independents voted against the motion which was defeated 47-24.

No date has been set for the debate on Vieira’s motion.

In a statement on Saturday, Charles said the President should consider selecting independent senators nominated by groups such as the Law Association, TT Manufacturers’ Association, trade unions and the National PTA.

He argued the country “desperately needs to review how we choose our nine independent senators to ensure they are at the pinnacle of their careers, of sound and mature judgement, and moreso be nominees of critical interest groups.”

Charles believes, “This will ensure that Senate debates are buttressed by a decidedly broader range of informed and independent perspectives.”

He said, “In the absence of constitutional reform, Her Excellency has an excellent opportunity to demonstrate true leadership by immediately firing all independent senators and appointing representatives of the diverse interests who contribute to our wealth, prosperity, and wellbeing.

“Like Mia Mottley (Barbados Prime Minister), Her Excellency has a once in a lifetime chance to demonstrate true leadership that seems to come primarily from Caribbean women determined to leave enduring legacies.”

“This broad-based representation is necessary if TT is to punch above its weight, bring our best brains to the table of decision making, do away with a perception of elitism and privilege, overcome our challenges and excel in the 21st century.”

Charles added, “As it stands, no one knows who senators Vieira, or (Paul) Richards, or senator (Charrise) Seepersad, for example represent, the basis on which they were chosen, or why the government appears always assured of getting bills passed in the Senate. At least one of which the courts ruled was ultra vires the Constitution.”

He continued, “Senator Vieira may be an eminent attorney, even a senior counsel, we do not know. But it would certainly better serve our democracy if he were the representative of the Law Association of Trinidad and Tobago. Similarly, senator Richards may once have been an excellent TTT talk show host and even may still be a media executive at Power 102, but he would have much more currency if he spoke for the wider interests of MATT or the representative body of media publishers.

“Many do not know who senator Seepersad is, or how she came to be so fortunate, or even her area of expertise. There is no doubt that she may be accomplished but most remain blissfully in the dark about her revered credentials.”

Seepersad is the sister of former PSC chairman Bliss Seepersad who was the last to resign after three other members stepped down amid allegations of interference in the merit list by an unnamed government official.

Charles claimed more than 500,000 taxpayers (if we include families of UNC voters) believe that TT’s “independent” senators “represent only themselves, are unrepresentative of the country, are members of a cloistered group of privileged and narcissistic validating elites who descend ever so often from their ivory towers to lecture us lesser mortals on our manners and deportment.”

He believes TT is being left behind.

“Her Excellency can ignore all these ominous clouds and fool herself that God is “ah Trini,” or she can confront a problem head-on, and as Lee Quan Yew did decades ago for Singapore, drag TT within her limited powers kicking and screaming into the 21st century.”