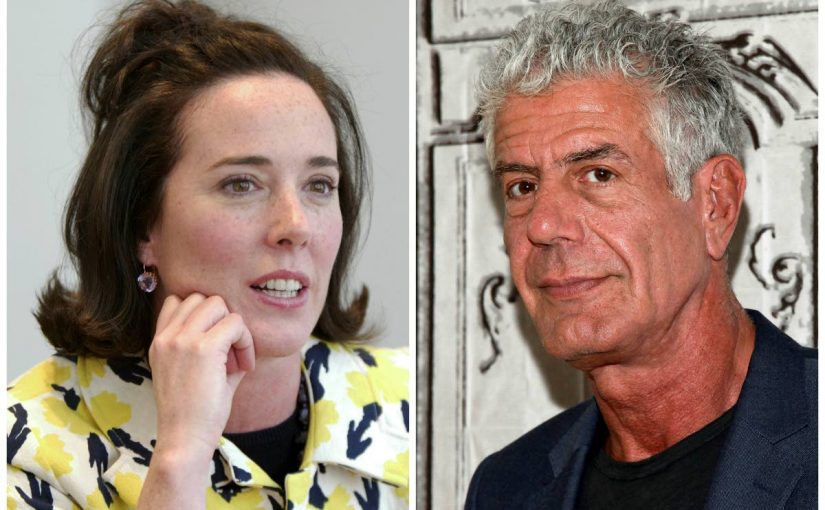 In the last two weeks, the world lost yet another two celebrity figures – Kate Spade and Anthony Bourdain. It threw my mind back to the authorised biography of VS Naipaul The World Is What It Is. Reason is that I could only complete 430 of the 499 pages of the book. By the time I had gotten to page 430, I was feeling as though I had been on an emotional roller coaster and could not complete my reading. Sixty-nine pages was just too much to continue through. At the time of reading I had classified it as a bipolar episode. In a sense, the book
is (stress on “is”) Naipaul, a great testament of Patrick French’s excellent skill as a writer as well.

Before this book however, one got a sense of Naipaul’s mental health through his books, people’s accounts of him and his own accounts of people. While there are, no doubt, personality traits that add to what many deem unlikeable characteristics, this is also an individual ridden with paranoia, anxiety, breakdowns and euphoria. I do not say this with humour or an intent to insult. I say it with a certain understanding of the way in which mental health issues not only affect the individual but the people around them. It can be a highly toxic affair. My point today is not a discussion of Naipaul’s work, rather, it is to say that I think of Naipaul in this context because the Naipaulean fear is a fear of hopelessness and despair and it is that sense of hopelessness in my own opinion, that is at the centre of most suicides.

I began with this account of feelings following my reading of Naipaul’s biography because it also accounts for this week’s seemingly bizarre title if we should take into account today’s topic. On Tour stems from the journey into the book – one that provided highs, lows and stasis – a similar path that people suffering through mental illnesses like depression, bipolar disorders and anxiety disorders travel. There is a spectrum. Not all victims of depression are the same and not everyone deals with it in a similar way.

Following the suicides of Bourdain and Spade, most accounts that followed, deal with the help available for those contemplating suicide. I am not going to take this road. Contemplation of suicide is, of course, a cry out for help, or so we assume. For me, it is actually a response to the tiring fight against the hopelessness that accompanies depression. While, for some, the suicides of Spade and Bourdain came as a shock, in my world, these deaths reinforce the fact that fame and fortune do the same thing that substance abuse does. Filling our lives with material objects provide short-term relief from a sense of hopelessness, but they are not long-term solutions for this condition.

The actor Robin Williams made us laugh. And we wonder how, someone with his sense of humour, who saw the world with those witty eyes, could possibly take his own life. But then, when we look closer, we see that humour is born from a deep experience of pain. The best comedians are perhaps the saddest, for there comes a point when one has experienced so much pain that the only other alternative is laughter. It doesn’t always work this way for, again, the experience differs for each individual. The common thread, however, is the tiring and painful mental battle.

It is painful because the attempt to control the storm in the mind takes a toll on the body. Everyone should be familiar with this. Most of us get angry. Our bodies react to this anger. Some feel nervous after a bout of anger. It takes time for that racing heart to calm down. We all react in different ways but we can all agree that anger is tiring. A similar journey happens during periods of depression. The fluctuation of emotions that occur take a toll on the body and the experience becomes both physical and mental.

The issue for all human beings is finding a purpose upon which to base an otherwise useless condition called life. For those suffering through depression, this experience is magnified. Instead of the catch phrase “suicide prevention” perhaps we should turn our attention with more vigour, to making mental health everyone’s business because mental illness is not only about the victim but those who interact and live with people burdened with such issues. How the human environment copes with this is also key to how victims of mental illness cope with the relationships around them and, hence, life. A large part of living purposefully, after all, is about the quality of our relationships with others.

The post On tour appeared first on Trinidad and Tobago Newsday.

Sat Jun 16 , 2018
RAMESH DEOSARAN Bleed. This means “to emit blood; to draw blood from surgery.” Far from life-saving surgery, Kemba Olufemi got around 90 gun-butt blows to her head by ex-lover Lloyd Logan last Monday, 11 am, at Pointe-a-Pierre Tropical Plaza car park. Media reports said blood flowed as she stumbled to […]