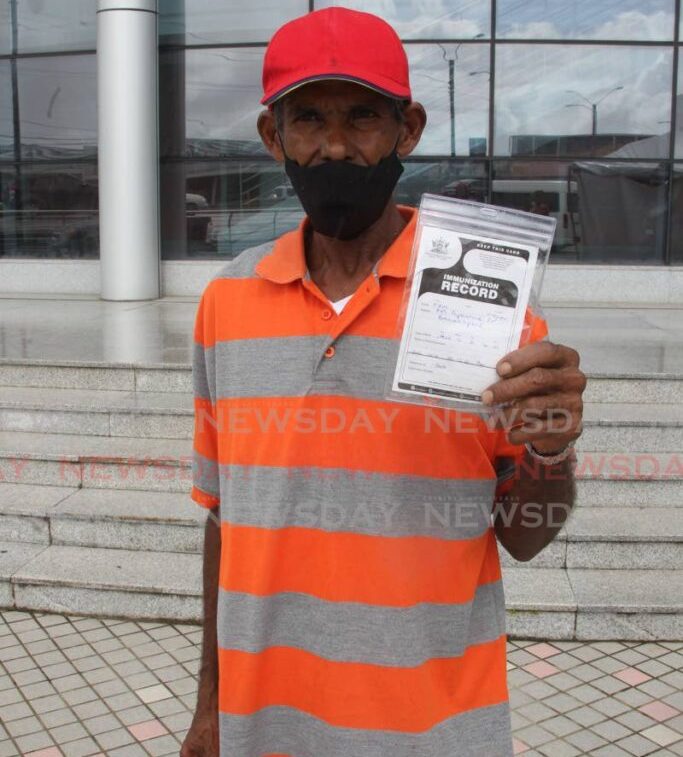 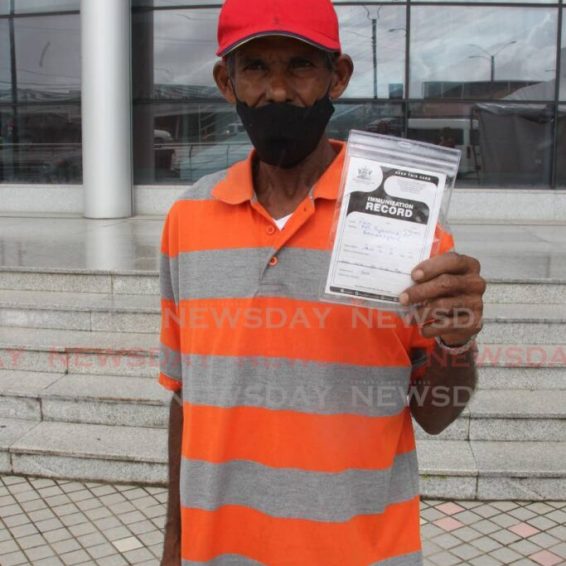 Omicron on minds of people getting boosters in south Trinidad

News
People wait to get the covid19 vaccine. – Lincoln Holder

With TT reporting 15,235 new covid19 cases in the first three weeks of December, and several cases of the omicron variant being detected, people prioritised getting their vaccine boosters on Wednesday at mass vaccination sites in south and central Trinidad.

When Newsday visited the UTT Chaguanas site at 9am on Wednesday morning, Santa Cruz resident Ebony De Leon and her friends were among a handful of people waiting to get their booster.

Alarmed by the omicron variant, De Leon told Newsday, “I’m concerned about my health and I want to stay safe, especially with the latest variant on the rise.

“Apart from me, some of my friends have already gotten their booster and others are in the process of getting theirs.”

Devind Rampersad relied on his doctor when he got his first two jabs and said he did so again when deciding to get the booster.

Rampersad urged others, “It’s better to be safe than sorry. Listen to the doctors and go to get your booster, don’t listen to the WhatsApp forward.”

Where Newsday visited the Southern Academy for the Performing Arts (SAPA) mass vaccination site in San Fernando shortly after 10am, people trickled in for their boosters, with even fewer coming to get their first and second jabs.

Anika Mohammed’s immunocompromised father, and the omicron variant, influenced her decision to get the booster.

Mohammed explained, “He (my father) has a heart disease and, well, then there is omicron. I don’t think you need a better reason than that to get your booster. We’re seeing a lot of unvaxxed people die unnecessarily, especially as there’s something to protect us.

“I find it necessary (to get vaccinated) and I’m definitely encouraging people to get the boosters as well because the studies are out there.”

Woodland resident Sayeed Baig was one of the few people at the site getting their first jabs.

While he wasn’t comfortable taking the vaccine, and was hesitant for various reasons, he did it because his parents insisted.

He explained, “I really came for my vaccine because my parents kept singing it. As the old people say, sometimes you must listen to your parents. But other than that, I’m still not comfortable taking it.”