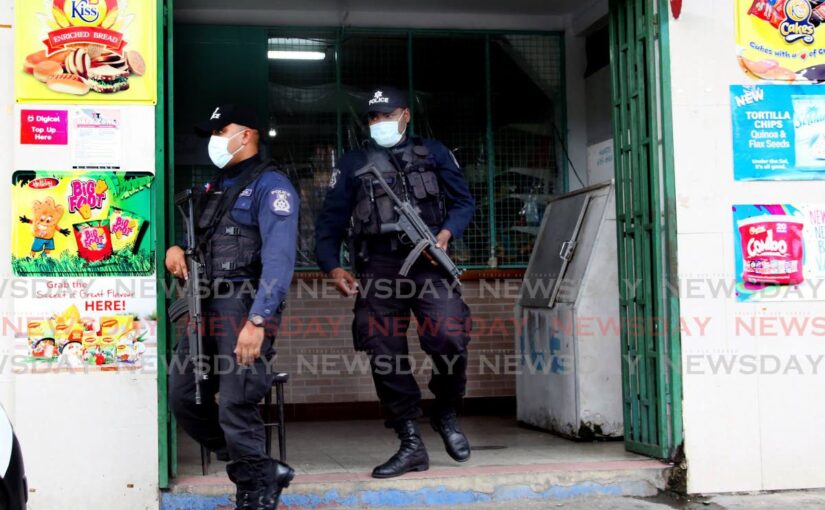 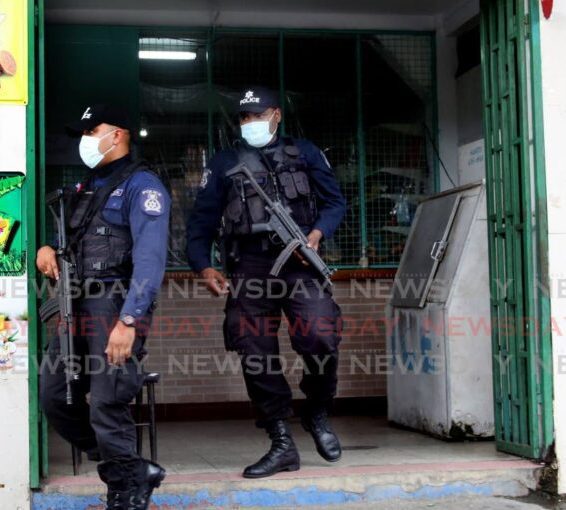 CRIME SCENE: Police leave the businessplace at Erica Street in Laventille on Thursday where a man was shot dead by an off-duty policeman after he robbed and beat a woman. PHOTO BY SUREASH CHOLAI –

AN off-duty police officer was praised on Thursday after he shot dead a man who robbed and assaulted a woman.

Police reported that just after 11 am, Brent Nigel Allen of Eastern Quarry, Laventille, snatched the woman’s purse, cuffed her in the face and then body-slammed her, just outside a Chinese restaurant along Old St Joseph Road, Laventille.

During the attack, the officer, who is assigned to the Stolen Vehicles Unit intervened and the two men had a brief scuffle. Allen was shot once in the chest. He was taken to the Port of Spain General Hospital but was declared dead on arrival.

Speaking with Newsday at the scene, a woman who said she is a friend of the robbery victim recalled what happened. The woman, who asked not to be identified, said her friend went to gamble at the restaurant and while there, Allen man attacked her.

She said Allen was known for having a mental illness and the body slamming injured her friend’s hand causing her to seek medical attention. She said she heard a gunshot and then saw Allen and the officer scuffling with each other.

“The man (Allen) was telling the police that he is a Special Reserve Police (SRP) officer and was asking him (the police) to let him go. He was saying, ‘I take one already, let me go I is ah SRP police.’ He was fighting up with the policeman, cuffing him and the officer was telling him to stand down.

“After he get the shot, the man run and my girlfriend’s purse fell and all her money scattered on the road. After the policeman shoot him, he still ran and fall down right there. You could still see his blood on the wall,” said the eyewitness as she pointed to the spot where she said Allen collapsed.

She added that while some may argue that the officer could have shot Allen in the leg, she believes he did the right thing.

The woman said she used to be afraid of Allen as he would throw bottles at people at times without provocation. Allen, police source said, was charged with several offences in the past, including throwing missiles, trafficking marijuana and assault and battery.