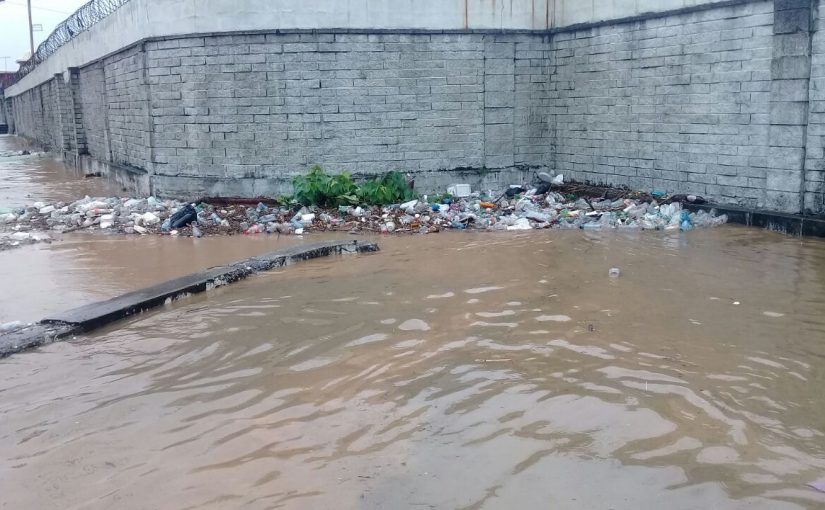 The Office of Disaster Preparedness and Management (ODPM) has asked the public to delay travel for approximately one to two hours and to avoid walking or driving in flood waters.

In the second of two advisories issued on social media today, the ODPM confirmed there was flooding across TT, specifically in Diego Martin, Couva, Tabaquite and Port of Spain, where the East Dry River burst its banks after 1 pm and flooded out several residents in the Sea Lots area.

One resident said this was a normal thing when rain fell. The resident said while she was not affected, there was a blind man and his disabled wife whose home always gets flooded out.

In its first advisory, the ODPM urged the public to prepare for adverse weather conditions such as flash flooding, damaging gusty winds and landslides, especially in areas prone to these effects.

Head of the ODPM Neville Wint said they had identified several areas along the East-West corridor and south Trinidad and were monitoring the situation.

Reports to the ODPM indicate that the following areas are impacted by the bad weather:

Port-of-Spain City Corporation – There are numerous reports of street and flash flooding in Port of Spain, including St Vincent Street, Edward Street and downtown Port of Spain. This has resulted in numerous traffic delays in and out of Port of Spain.

San Juan/Laventille Regional Corporation – There are reports of flooding from Morvant Junction to the Uriah Butler Highway. This includes near the Maritime Roundabout.

Diego Martin Regional Corporation – There are numerous reports of flash flooding in the Cocorite area.

ODPM tips on what to do during a flood

Mon Aug 13 , 2018
The Office of Disaster Preparedness and Management (ODPM) has provided the following guidelines for the public to follow during a flood.   As the weather develops, the public is asked to ensure they take the following steps: After heavy rainfall, stay inside until water levels have subsided and it is […]