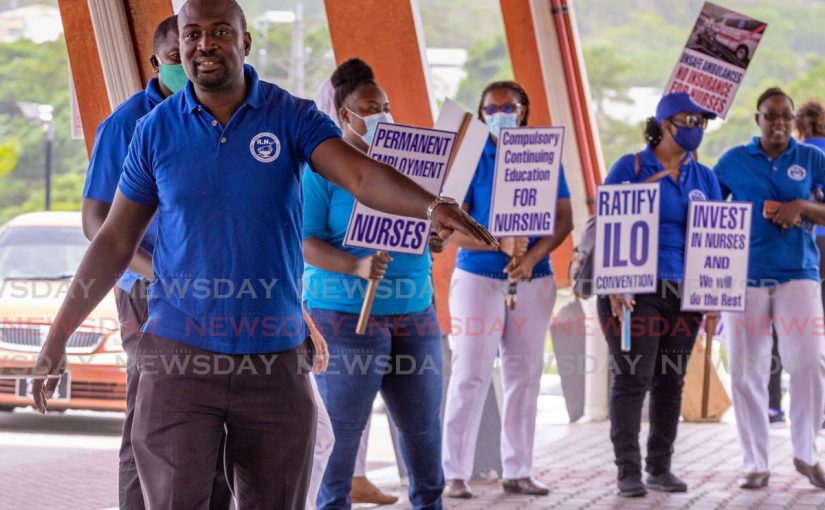 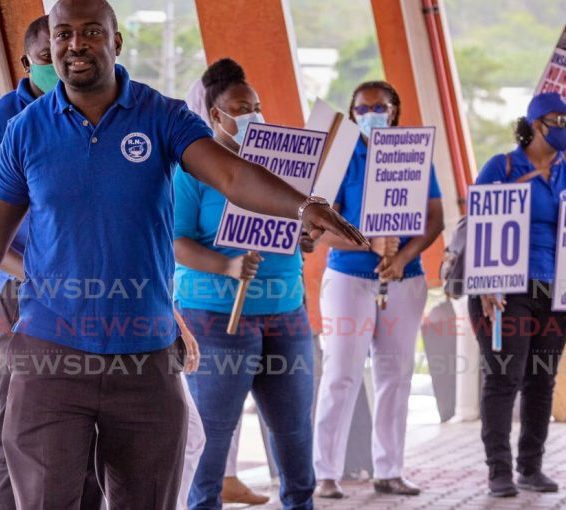 It seems the collective prayers of nurses for job security last Friday may have moved Finance Minister Colm Imbert, who has committed to having their contracts regularised.

Last Friday, nurses, led by president of the Trinidad and Tobago Registered Nurses Association (TTRNA) Idi Stuart, held a day of prayer to highlight their lack of job security.

Nurses, classified as essential workers, have been on the frontline since the start of the covid19 pandemic in March 2020, but protested their terms and conditions, such as 2013 salaries and working on short-term contracts for several years, contrary to policy.

Imbert addressed the issue as he delivered the 2021/2022 $52.4 billion fiscal package in the House on Monday, his seventh to date.

“I have also been advised that several nurses in the Regional Health Authorities (RHA)are employed on temporary contracts. As a result, I have instructed the Chief Personnel Officer (CPO) to investigate this situation and its implication for pension arrangementsand recommend solutions to enusre that employment contracts of these nurses are regularised.

“I expect this exercise will be completed by the end of December 2021,” Imbert said.

Stuart said this will bring temporary nursing personnel in line with other public officers with regards to permanency.

He said after six months temporary employment with a regional health authority (RHA) nurses should have been offered permanent employment, but this was not done.

“They deviated from this policy, so what the minister said is just a matter of returning to what is policy.”

Stuart said it has been a long fight and he feels vindicated and pleased by the association’s efforts to rationalise nurses’ employment.

“While the public may have seen us coming to the fore in this last month of September, these are issues that have been simmering for the last four-five years.

“We have been behind the scenes writing to the Government, to the very Minister of Finance, that is why I find it quirky for him to say that he has been ‘advised’… as though he is now being made aware of this problem.

“He has been aware since coming into this ministry. In fact, this problem has gotten worse since this particular government came into office, so they cannot now extricate themselves and give the impression they are now aware of this issue.”

Nevertheless, Stuart said, “We are thankful that he is finally looking to rationalise nursing employment.”

He said more than a third of nursing personnel will benefit.

“They will now be able to secure more permanent employment and could now invest in the economy, get a mortgage – which they were denied before, because no financial institution will give you a 25-year mortgage based on a six-month contract. “