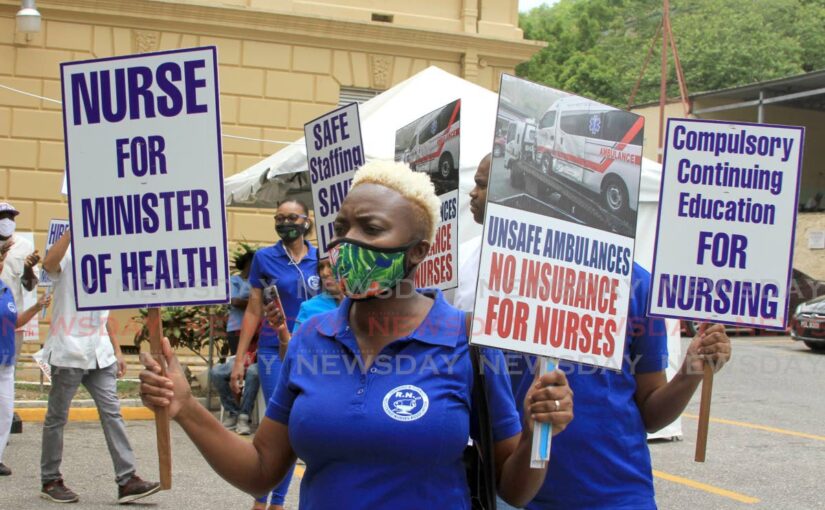 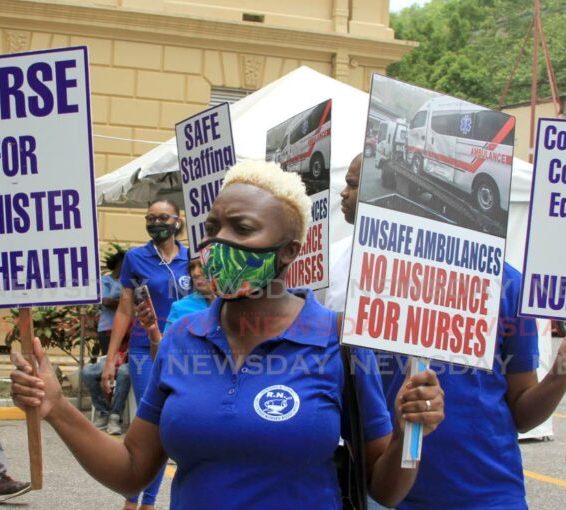 An executive member of the TT Registered Nurses Association said Health Minister Terrence Deyalsingh’s claim that more nurses have been hired to meet the shortfall in medical institutions is not reflected by the numbers in accident and emergency departments at public hospitals.

Letitia Cox, the second vice president of the association, said some of the responses the minister gave following a Sunday Newsday article, which stated that 100 nurses resigned in the last year to take up overseas jobs, do not fall in the category of resignations from various regional health authorities (RHAs).

In the article, Cox said recruiters from the United Kingdom, Canada and the US, were poaching nurses from TT and the Caribbean.

And the nurses were leaving because in TT there was little opportunity for promotion, no job security as many were on short-term contracts, and, for many, the pay did not keep up with the cost of living.

But Cox said following the minister’s statements nurses expressed outrage and contacted the association to find out where the new nurses were deployed.

“They are happy to hear they (the RHAs) have gained all these additional staff members but they are asking please, wherever he (Deyalsingh) is hiding the additional net staff to please send them on the wards and the accident and emergency. They have not seen them yet and need them now, please.”

Cox said the nurses also expressed concern about 40 Cuban nurses who the minister “signed on” to recruit. She said they believed the new nurses would have enhanced packages with larger salaries and more perks as did all previous foreign nurses.

For example, she said foreign nurses received a monthly $2,500 housing allowance while local nurses receive a $100 living allowance.“Is it that they value the foreign nurses more than the local nurses that they can’t give them job security? They can’t give them a similar kind of compensation? They feel he should have felt a measure of guilt and shame making that statement.”

In response to the Sunday Newsday article, Deyalsingh said, “Remember, people would leave places of employment for a variety of reasons. In the case of nurses, it could be because they moved from one RHA to another, they resign from one, go to another. Two, yes, some migration takes place. Three, maternity leave. Four, retirement.”

However, Cox reiterated that the number she quoted was an estimate specific to nurses who resigned in order to migrate.

She noted that people who go on maternity leave do not resign, and resignation was different from retirement. She added transfers to other RHAs were not captured in the 100 who resigned even though it was necessary to do so if a contract worker wanted to transfer to another RHA. If a permanent employee was transferred to another RHA, their service would be transferred without them having to resign.

“The figures we captured had nothing to do with the reasons the minister indicated. It came from accounts from our members who, out of courtesy, indicated they were leaving.”

Deyalsingh also gave a breakdown of the number of nurses who left the public health system this year. He said in the Eastern RHA, 12 nurses left but 94 were hired for a net gain of 82.

“And I am told that almost each of those 410 have been incorporated in the public healthcare system.”