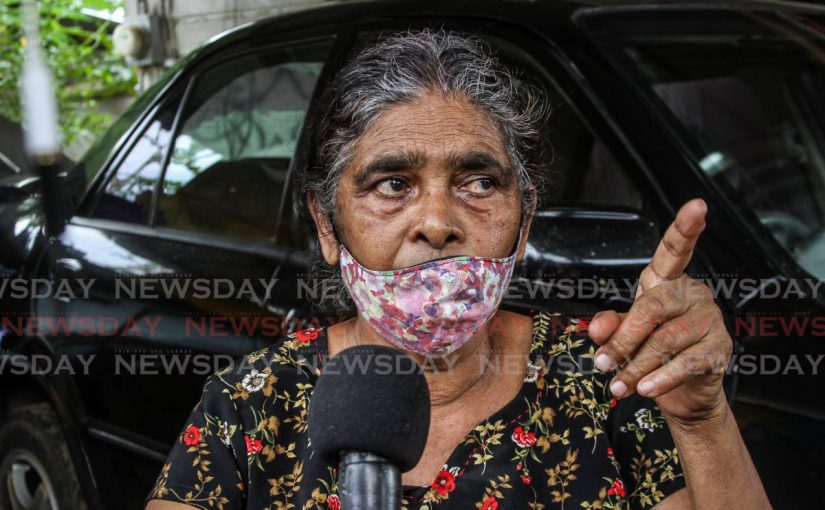 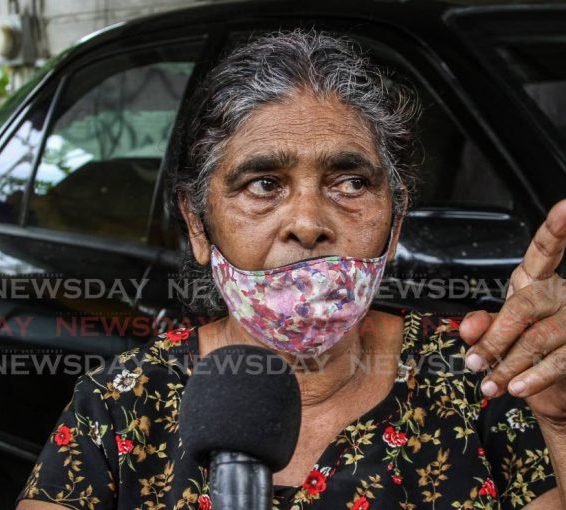 Mina Jagroop, 71, spoke to the media at the Jagroop’s family home in Farmer Trace New Grant on Monday, – Photo by Marvin Hamilton

The Jagroop family of New Grant is not taking any chances, fearful that the suspect in Sunday’s deadly chopping attack may return.

“We saw what he is capable of, so we are not having any wakes. We don’t know if he would do the same thing again,” a close relative of the suspect told Newsday on Wednesday. “I want him to give himself up.”

But for now, “Things are calm in the area, and the police are constantly patrolling. For that reason, we feel somewhat safe.”

The suspect also injured Mc Queen’s wife, Indra Jagroop, 42, and her father, Manichand Jagroop, 72, in the same cutlass attack on Sunday night. Indra’s left hand was chopped off, but doctors at the San Fernando General Hospital later reattached it. The survivors are still hospitalised.

Mc Queen lived with Indra, a Play Whe operator, and their two children lived on the bottom floor of a wooden two-storey house.

Her and Monica’s parents, Myna, 71, and Manickchand, live on the top floor.

Monica lives across the road with her two children.

But relatives think otherwise. Some believe the suspect was drunk and could not control himself. Others said his unusual behaviour was the consequence of two rituals involving an animal sacrifice. The suspect was against the rituals and did not attend either one.

Mc Queen, a straightener, was originally from St Clement. Newsday spoke briefly with Mc Queen’s aunt Beverly Roseman, at the home where he grew up there.

Apart from the two children he had with Indra, he had seven more from a previous relationship.

On Sunday, he was at a family gathering at the house to celebrate his mother’s birthday. Roseman recalled that McQueen visited with Indra, their son, eight, his father-in-law and a neighbour.

“It was a normal family gathering. Everyone was jolly. He danced with his mother (Joan Mc Queen, 70). Before leaving, he was giving everyone a bounce. But I told him I wanted a hug,” Roseman said.

“Terro was the most kind. He was most gentle, always smiling and always willing to help others. Even while living in New Grant, he ran a garage here up to two years ago.”

The rampage happened around 10.30 pm on Sunday, about ten minutes after he returned from the gathering.

Mc Queen’s mother was too distraught to speak.

Autopsies are expected to be done at the Forensic Sciences Centre this week.

The police are still searching for the suspect.