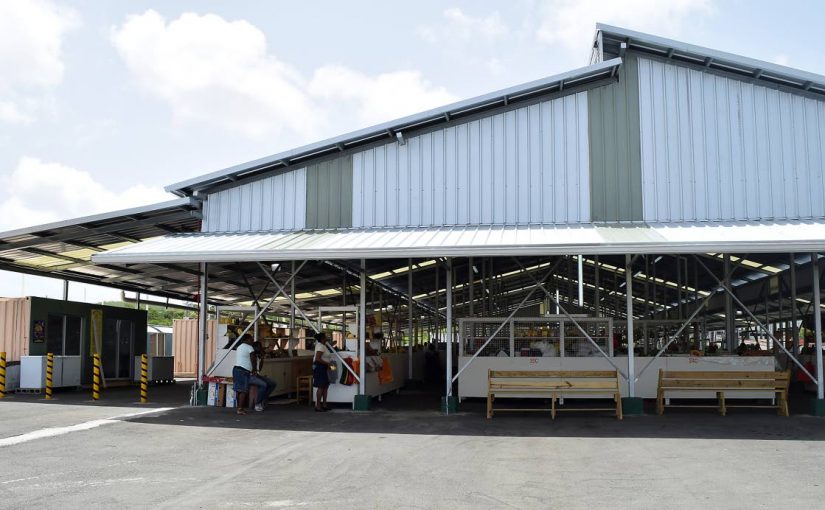 Spencer said this must be made clear to some 150 vendors who have complained of several infrastructural issues, including being affected by rain blowing into the compound during inclement weather.

“The relocation of the market temporarily is to facilitate the rehabilitation of the Scarborough market. If you look at the present market site at Scarborough, the question of repairs is a must and while I empathise with the shoppers and vendors (at the temporary facility), it’s not like the market is relocated permanently,” he said.

He said the Division has no plans of “wasting” money and was not prepared to address “every little challenge” faced by the vendors.

Vendors were relocated in May to Shaw Park and are expected to be there for 18 months.

Spencer said that at official ceremony and blessing of the (temporary) structure on July 5, he told the vendors that the Division was aware of the challenges, which included complaints by consumers on difficulties in getting to the venue, insufficient trash bins for use and the impact of the rain on vendors and shoppers alike.

He said the Division was in the process of constructing covering for vendors stationed at the container spaces at Shaw Park only because of the inconvenience to shoppers from the rain.

“This will be treated with urgency and a decision was made to use a retractable water-resistant canvas to deal with that situation. We don’t want to close of the market completely because, it will be heated.”

“I want to make this clear to Tobago that the Division will not be providing free transportation from Scarborough to the market at Shaw Park for person visiting the market,” he said, saying this would deprive taxi drivers of an income.

The post No money to waste on every little challenge appeared first on Trinidad and Tobago Newsday.