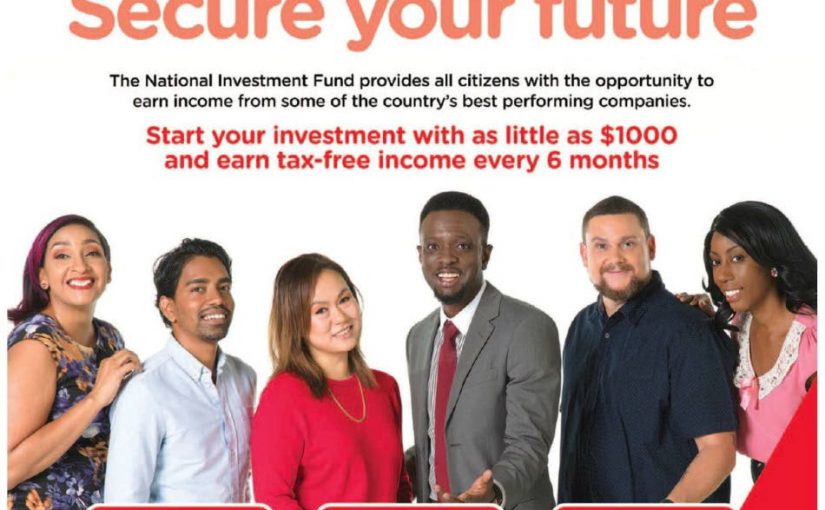 FINANCE MINISTER Colm Imbert has described as an “overwhelming vote of confidence” the over-subscription to the National Investment Fund (NIF).

The NIF bonds were on offer from July 12-August 8. In tweets posted on August 11 and 12, Imbert reminded that priority would be given to individual investors and thanked those at the ministry, First Citizens bank (FCB) and Ernst & Young (EY) for the roles they played in marketing the bond.

Last weekend, Imbert tweeted, “$4 billion NIF bond issue has been very successful. All targets have been met. Special thanks to the hard working teams at the MOF, FCB, EY.

“Overwhelming vote of confidence from the public in the NIF Bonds. Congratulations to all who worked on putting together the NIF Prospectus; on the market research; on the advertising and marketing campaign; on the investor outreach programme. Largest single Bond Offer in TT ever.”

Imbert’s third and final tweet stated, “NIF Bonds Offer oversubscribed by over 50 per cent. As per Prospectus, priority will be given to individuals.”

As stated previously, if NIF’s initial public offering (IPO) is oversubscribed, individual investors will be given priority. Everyone else will receive a pro-rated – proportional – allotment.

Notification of allotments will be on August 30, and refunds, if necessary, will be given on September 3. The bonds will be listed on the TT Stock Exchange on September 4.

Contacted yesterday, the ministry’s communications department told Newsday they had no further information to provide at this time.

Newsday also spoke with someone very familiar with the NIF IPO, who said Imbert is likely to “make a statement about it soon”, possibly in video format.

Calls to the lead broker – First Citizens Investment Services Ltd – went unanswered yesterday but Newsday was able to speak with Subhas Ramkhelawan, founder and MD of one of the sub brokers, Bourse Securities Ltd.

“We had a consistent flow of clients, new and exiting ones, but coming down to the final days of the offer period, there were a few potential clients who didn’t get to submit an offer because they hadn’t yet opened a stockbroking account. The turnaround time is usually a day or two, unless things are very busy, to verify their documentation and open an account. This is a necessary precondition to participate in the IPO, so they missed out because of that,” Ramkhelawan said.

Wed Aug 15 , 2018
FORMER minister Devant Maharaj today said he is still waiting for a reply from the Australian government about concerns he has about alleged corruption in the procurement of two naval vessels for the Coast Guard. Maharaj told Newsday he sent correspondence to Australian Attorney General Christian Porter outlining his concerns […]