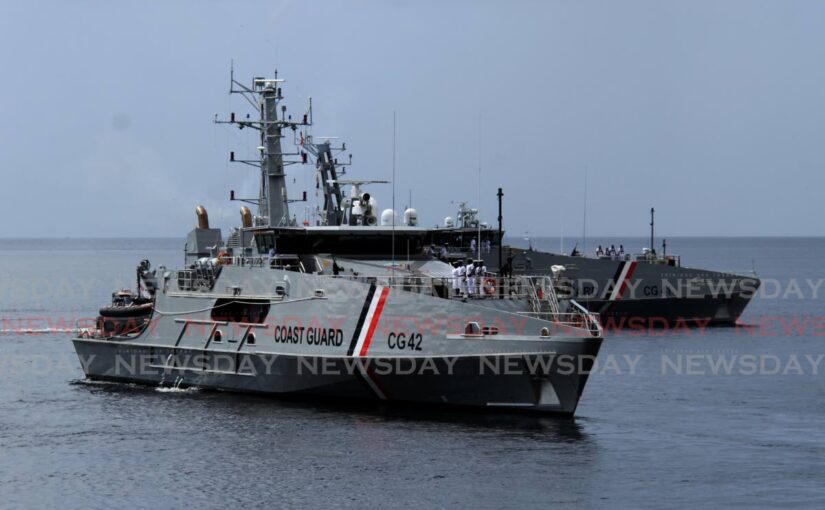 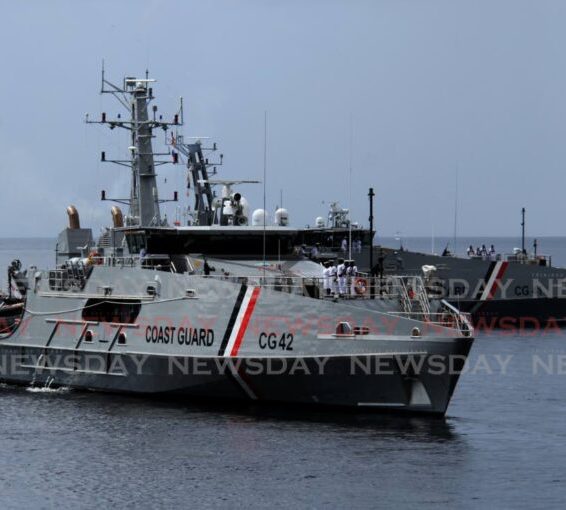 News
FILE PHOTO: Members of the Trinidad and Tobago Coast Guard on board the TTS Port of Spain (CG 41) and TTS Scarborough (CG 42) vessels after they were commissioned at Staubles Bay, Chaguaramas on November 28. –

Members of the Coast Guard, assisted by one of the newly commissioned Cape class patrol boats were able to intercept two separate groups of Venezuelan migrants hours apart on Christmas Eve.

A media release from the coast guard on Monday reported that the TTS Scarborough was on patrol at around 12.05 am when it detected a boat approaching the border on the southern coast of Trinidad.

The TTS Scarborough chased the boat before eventually intercepting it near Palo Seco.

Twenty Venezuelans were found and detained.

Hours later at 12.36 pm a Trinidad registered pirogue was detected crossing the border near Chacachacare island.

This boat was also intercepted and 23 Venezuelans found aboard.

Both groups of migrants were taken to Trinidad and processed with assistance from the Immigration Division and the Venezuelan Embassy.

They were repatriated on Monday morning.

The release praised the members of the Coast Guard for their quick work and making use of the coastal radar system and the cape class patrol boats to tighten security around Trinidad and Tobago.

The TTS Scarborough and the TTS Port of Spain each cost US $38.6 million and were built by Australian shipbuilding company Austal .

The two Cape Class patrol boats are equipped with a 3,000 nautical mile range at an economic speed of 12 knots and are capable of patrols up to 28 days, with a crew of up to 27 people.

Their top speed is rated over 20 knots and are also outfitted with two high-speed 7.3-metre rigid hull inflatable boats which can be used for a variety of missions.