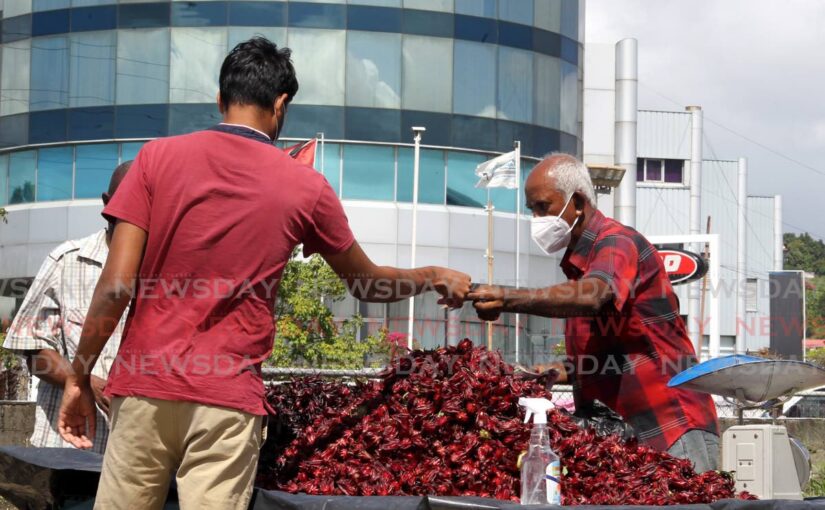 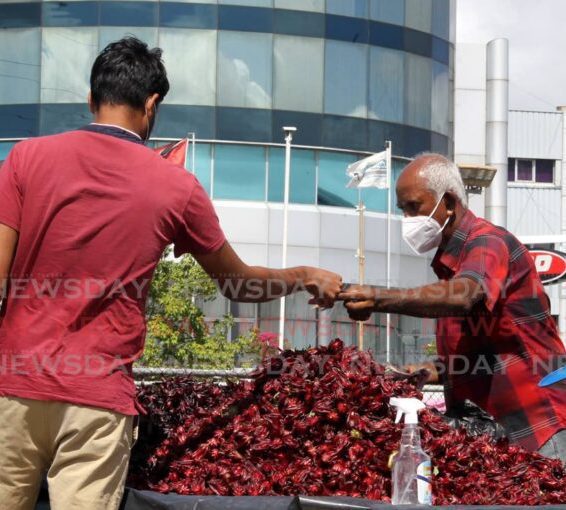 The National Agricultural Marketing and Development Corporation (Namdevco) has said part of the reason for the scarcity of sorrel for Christmas 2021 was that the harvest was late.

It said farmers are expecting to continue harvesting until early February.

CEO Nirmala Debysingh-Persad said the organisation did a three-month projection based on the farms it monitors.

“The harvest is not full right now, as we would have expected around this month, but farmers are expecting to continue harvesting into January, perhaps the beginning of February.

“We had a later harvest than normal. This is an effect of climate change on production.”

Kumar Seepersad, a sorrel vendor at the Maritime Roundabout in Barataria, said part of the problem was that farmers did not plant as much this year because the vendors encountered difficulties in 2020, one reason for which was corporation police.

“We ran into a loss last year because of the corporation police intervention – but the other police does come and buy. It have people from all walks of life, billionaire people does come here and buy, people from all over the country. It’s the only place that you does get sorrel in abundance.

A vendor pours sorrel onto a table for sale at the roundabout near Maritime Plaza, Barataria on Thursday. – ROGER JACOB

“So after that, because of the intervention, the farmers didn’t plant no big amount, because last year they got blows.”

Another vendor, Andy, said there wasn’t really a shortage but the presence of the police was causing some trouble.

“Because of the extra policing preventing crowds, people can’t come to get their sorrel.”

Agricultural Society (ASTT) vice president Devica Sookoo said she had not seen a lot of sorrel in the markets she visited.

“I have not seen sorrel plentiful or abundant in the market this year compared to what we’ve seen in previous years, so I’m not sure if there’s a shortage of the seeds, or the availability of the seeds. I attended the Chaguanas retail market on Thursday and I saw a very limited supply of sorrel, and whoever had it, it was very costly. Normally we used to see three pounds for $25 on the highway, now it’s two pounds for $25. As a farmer myself I would have sold three pounds for $25, two for $20 in years gone by.”

By contrast, many people have commented on the availability of mangoes, as the trees do not normally bear at this time of year.

Agriculture Minister Clarence Rambharat said this is based on weather factors.

“In time of excessive heat, trees may flower in response to the ‘stress.’ The mixture of sun and rain also provides the ideal conditions for some trees, like cocoa, to have a second period of flowering.

“A lot of what we are seeing is related to changing climatic conditions, including sun, rain, wind and daytime and night-time temperatures. Flowering plants/trees are particularly susceptible to small changes, particularly tomato.”

Sookoo said she had also seen pigeon peas bearing in the Felicity area, although their normal growing season was January-March.

Supermarkets Association President Rajiv Diptee said other than sorrel, he was not aware of shortages of any produce.

“There is some produce that is seasonal, such as sorrel. I think that could be a supply-and-demand issue. And factor in the rains. And we all know the inputs for farming and things they use have gone up and taken a hit with foreign exchange. So I’m not sure what the other factors would be.

“At this time we’re able to carry as much produce as we’re able to get locally from our domestic supply with regard to farmers and the suppliers of vegetables. A lot of the produce within the stores is sourced from the local farmers’ markets, and other arrangements that are put in place for the suppliers of produce.”

On imported produce, he said, “That is something that we have not had any complaints about per se with regard to the requests that come through the stores. For the most part, we are stocked with the Christmas favourites – that would be the Gala apples, the grapes – those things that more trend around Christmas time. I have not had any no issues either from stores or from customers reported back to the association.”

ASTT president Darryl Rampersad said the high prices of some items such as hot peppers are due to heavy rainfall affecting farmers.

“We are not prepared for some of the factors that come with climate change, and unfortunately for us, that includes the additional rainfall, and if you look at some of the areas outside there, our agricultural projects, including Jerningham, Plum Mitan, and these areas – some of these areas have not been desilted or drained for years now. So these are problems that farmers are facing on a daily basis.

“On the other hand, another factor of climate change is when we hit the dry season and farmers don’t have water. So we’re not creating an equal balance for our farmers to be able to produce properly year-round.”

The post Namdevco: Sorrel scarce because of late harvest appeared first on Trinidad and Tobago Newsday.