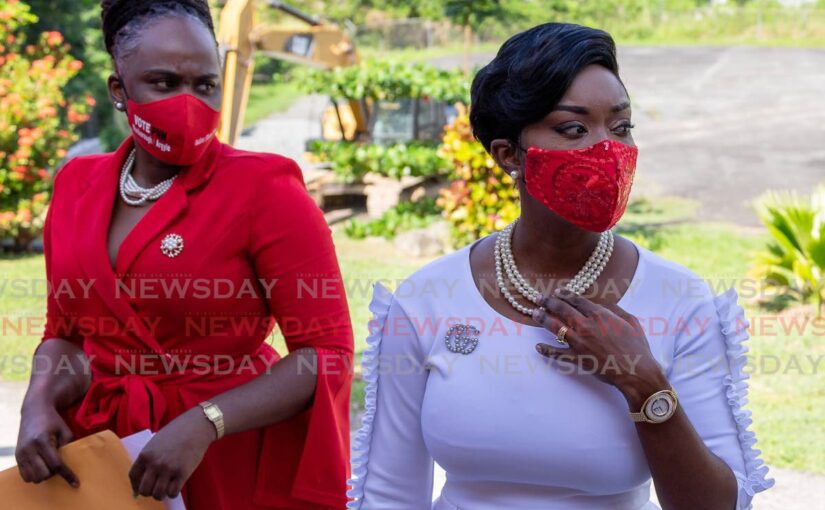 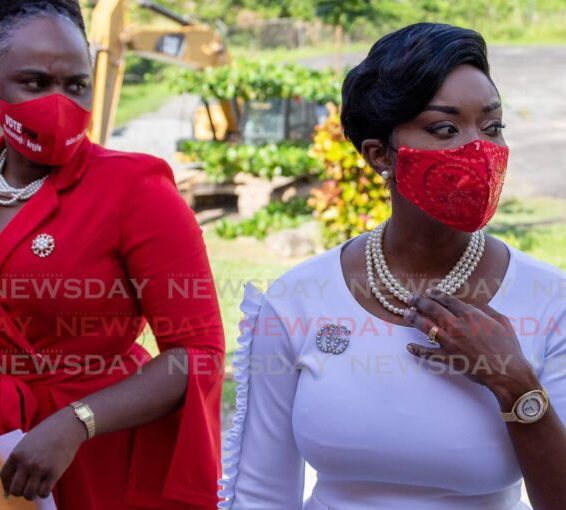 Nadine: All I need is the confidence of the people

3 weeks ago·1 min read
ShareTweetPinShare
Home
Local News
Nadine: All I need is the confidence of the people
The content originally appeared on: Trinidad and Tobago Newsday

PNM candidate for Roxborough/Argyle Nadine Stewart-Phillips, right, arrives at the Pembroke Community Centre on Monday to file her nomination papers for the December 6 THA election. – Photo by David Reid

PNM candidate for Roxborough/Argyle Nadine Stewart-Phillips said she is unfazed by the fact that Progressive Democratic Patriots (PDP) political leader Watson Duke is her main contender in the December 6 Tobago House of Assembly (THA) election.

“All I need is the confidence of the people of Roxborough/Argyle and the trust of the people (to win the seat),” she told reporters on Monday after filing her nomination papers at the Pembroke Community Centre.

“I have been on the ground. I have been communicating with those persons one on one and I know that those persons have placed their trust and their confidence in me as a young woman from Betsy’s Hope, and I look forward to December 6.”

Stewart-Phillips, who was rejected as the party’s candidate for the former Roxborough/Delaford electoral district in the January 25 THA election, said if elected, her first priority will be youth development.

“During my walkabouts, I have realised that we have a lot of issues relative to unemployment…

“But one of the things that is encouraging is that we have a lot of those young persons with skills. So, skills development, training for the young persons in the electoral district.”

She said she also intends to focus on the empowerment of women and entrepreneurship.Stewart-Phillips, who has served as assistant secretary in the Division of Health, Wellness and Family Development, assured she will bring honest representation to the electoral district.

“I am bringing transparency. I am bringing honest representation. I will always be accessible to the people of Roxborough/Argyle, ensuring that I am there whenever they need me.”