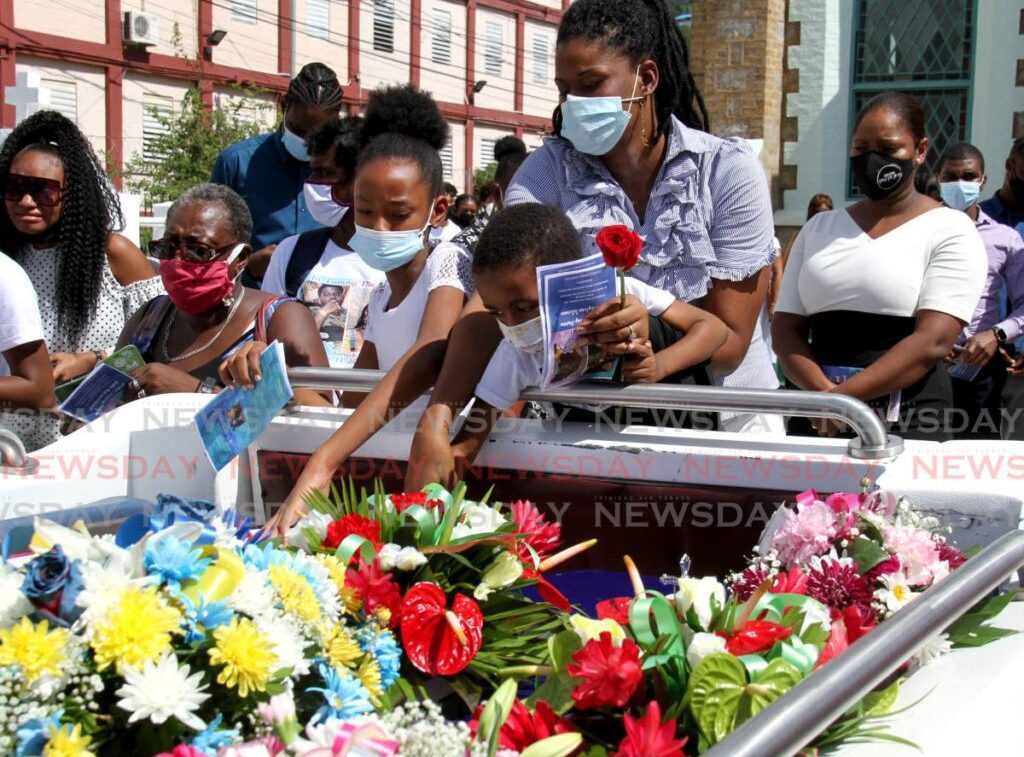 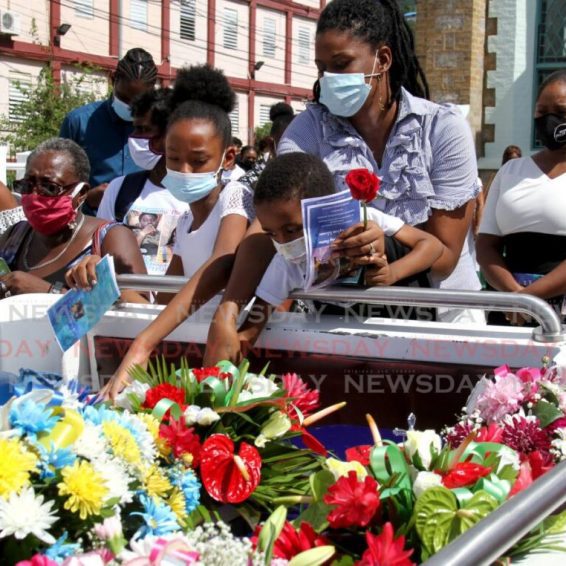 News
Mother of Jada Felician and aunt of Jordon Pierre Suzan Felician, left, is consoled by relatives at their funeral service at the St. Margaret’s Anglican Church, Belmont. Felicion and Pierre were killed in Belmont in November. – AYANNA KINSALE

Jordon Pierre and Jada Felician, two cousins who were inseparable in life and were both killed in Belmont in November, were both laid to rest on Thursday.

Relatives said their final farewells to the two at the St Margaret’s Anglican Church in Belmont.

A relative who read their eulogy said they were more like brother and sister than cousins.

“There is so much I can say about Jordan and Jada – how they grew together, how they loved each other. Even the way they expressed themselves with the same bright eyes they both had were the same. They really were like brother and sister,” a relative said.

“They did everything together. They lived together and they died together, and today we are here to celebrate them both.”

Relatives of Jada Felician and Jordon Pierre console each other during their funeral service at the St. Margaret’s Anglican Church, Belmont. PHOTO BY AYANNA KINSALE

Relatives encouraged each other to take comfort in good memories, describing both Pierre and Felician as jovial, loving and respectful.

“Their deaths shocked our community and have left a sadness in the hearts of many,” a relative said. “We know it will take some time to get over this tragedy. We need to put everything in God’s hands. The scripture says vengeance belongs to the lord.”

On November 20 Felician, 15, and Pierre, 27, were returning from dropping off a friend on St Barb’s Road at about 1.45 am when gunshots were heard.

Residents alerted the police and when officers of the Port of Spain Task Force responded, they found the car on fire and Pierre’s body in the road a short distance away. Police called the fire service to douse the burning car. Shortly after the fire was extinguished, Felician’s body was found inside.

The officiator told the congregation the deaths of the two cousins were an opportunity to assess and make changes to their relationship with the Almighty.

Relatives of Jada Felician and Jordon Pierre pay their final respects at their funeral service at the St. Margaret’s Anglican Church, Belmont. Felicion and Pierre were killed in Belmont in November – PHOTO BY AYANNA KINSALE

“I am just as concerned as you are about the state of our country – that two young people could be gunned down like this,” he said.

“God is speaking to us in these things. He is opening our eyes to the fact that our lives have to change. Some of us only come to terms with what happens in life on occasions like these.”