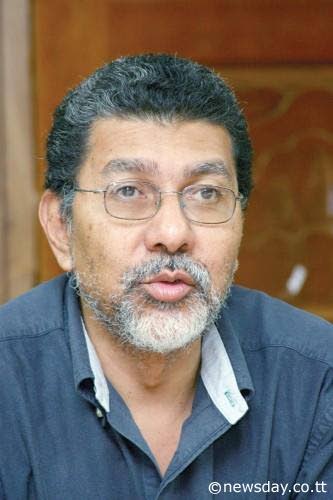 POLITICAL Leader of the Movement for Social Justice (MSJ) David Abdulah says the Police Commissioner job was not about one individual, but providing serious leadership in the management of the Police Service.

Speaking on the appointment of Gary Griffith as the next commissioner, Abdulah said the position was a major national responsibility and not a political position.

“This is about someone who can work with the Police Service and provide serious leadership.”

Abdulah was addressing the media at his office in St Joseph Village, San Fernando, yesterday.

He recalled Griffith’s statements immediately after Parliament approved his nomination in which he (Griffith) spoke about “crushing people like cockroaches and if they don’t fear God, then they will have to fear Gary.”

“These statements are unnecessary and inappropriate and indicate his way of thinking which may not hold well for his tenure as Commissioner of Police,” Abdulah said.

The CoP, he said, should first seek to get the trust and confidence of the Police Service, other sections of the National Security apparatus and the public.

Abdulah also spoke of the blunder of the National Lotteries Control Board (NLCB) in implementing the lottery tax before it had been proclaimed by the President.

The NLCB began implementing the tax on winnings over $1,000 on July 30, but on Friday said the legislation governing its application was not yet proclaimed, and as a result it will refund all players affected.

The NLCB said it will revert to its old operations until the Act is proclaimed.

“We heard through the media the NLCB has no authority to collect taxes from those who engage in games of chance,” he said.

He questioned how the NLCB as a major State agency, which reported to the Finance Ministry, begin the taxation process without the necessary law being proclaimed.

Abdulah called for those responsible at the NLCB to be fired for the blunder, adding that those who had been taxed on their winnings were not sure if they will be able to get back their refunds.

The post MSJ: We don’t want ‘Rambo’ as a CoP appeared first on Trinidad and Tobago Newsday.

Gary: "I have no authority"

Sun Aug 5 , 2018
Commissioner of Police (CoP) designate Gary Griffith, responding to a call by UNC deputy leader David Lee to investigate the murder of Parliament employee Mariana Moonisar, said he cannot. Contacted by Newsday, Griffith said, “I have no authority to become involved in any investigation or matter until I am actually […]