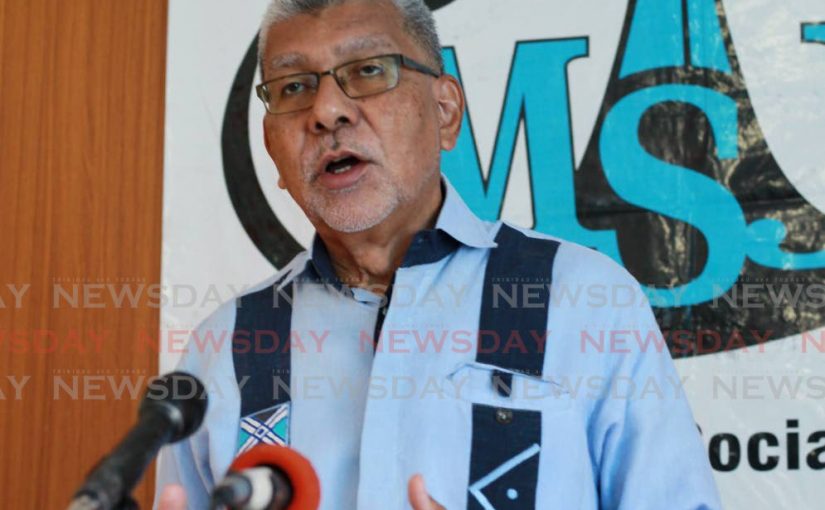 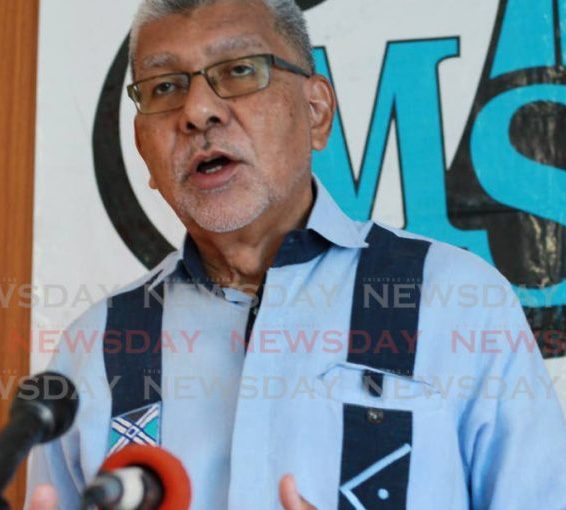 THE Movement for Social Justice (MSJ) is questioning the ‘end game’ of the United National Congress (UNC) as it seeks to initiate the “October Revolution.”

This concept, also called the Bolshevik Revolution, describes that party’s seizure of power in Russia, which led to the end of the Czar’s reign and inauguration of the Soviet Union of 1917.

Political leader of the MSJ David Abdulah said the only revolution Trinidad and Tobago needs, is a revolution of the mind.

“We need to emancipate ourselves from the mental slavery that keeps us in bondage to two parties based on the loyalty to race or religion. We need a ‘revolution of the mind’ that will enable us to ‘re-imagine’ our society to one where is social justice, an end to discrimination and fairness for all.”

Abdulah condemned the behavior of the UNC in the Parliament and the chaos which erupted on Thursday as the Electoral College rejected that party’s motion to impeach President Paula-Mae Weekes.

Abdulah said Opposition Leader Kamla Persad-Bissessar’s response to initiate the “October Revolution” was not spontaneous, arising out of the defeat of the motion, but one that was planned.

Even with is combination of Senators and MP’s, Abdulah said the Opposition knew the motion to have the President removed could not get two-thirds majority of the Electoral College to have a tribunal set up to investigate.

“It is in keeping with earlier statements such as her budget response in which she talked about the government engaging in a ‘war’ against the people. In the Parliament, on Thursday, we again heard about ‘war’ being conducted against the people, against the Opposition, against democracy.”

In a statement, Abdulah said, “It is the view of the MSJ that this was just a means by which the UNC is laying the justification for the ‘October Revolution.’

“All persons in authority and all the institutions of state must be demonised and exposed as being ‘dictatorial,’ ‘undemocratic,’ and against the people.”

He agreed with the Government, that the debate requested by the Opposition before a vote was passed would not have answered questions about the collapse of the Police Service Commission (PSC) and uncertainty over the merit list for the selection of a police commissioner.

“The Parliament was ‘weaponised’ (Thursday) by the UNC so that it became part of the arsenal that points to there being a ‘dictatorship’ in the country and that ‘democracy’ was killed. This then justifies the need for a ‘revolution’ to sweep out all those in power and bring in the replacement.”

He said it is similar to the ‘lock them up’ strategy Donald Trump used in his campaign for the American presidency..

On the other hand, he observed, there is a lot of justified discontent and frustration in the country,

“People are fed up with age-old problems – bad roads, no water, flooding, the lack of jobs, the struggle to survive from pay day to pay day – the list is very long.

“The PNM’s arrogance, its lack of real consultation and its failure to provide a clear vision and path forward out of the economic problems that we face and which were made worse by covid19, is contributing massively to this mood.”

Abdulah added, “The UNC’s strategy is to tap into that mood. However, what they did Thursday only succeeded in galvanising its hard-core support and stoking the fires of division by race, religion and party loyalty. It is a scorched-earth strategy that can result in untold damage.”