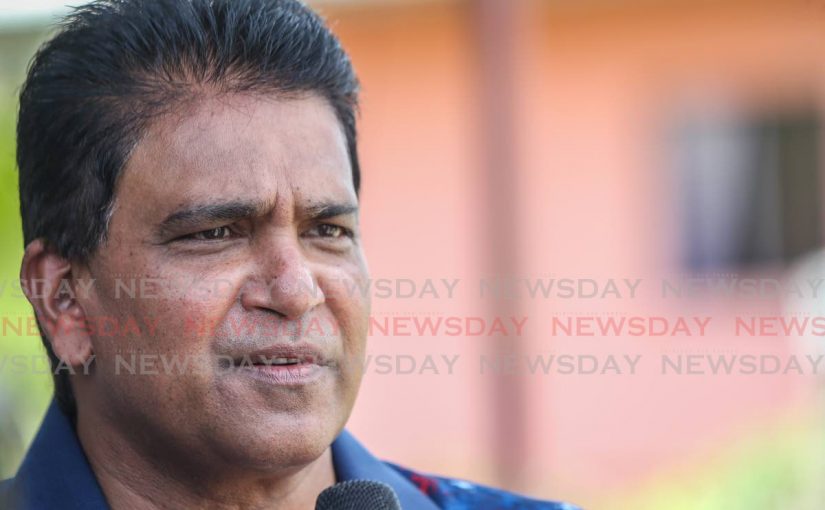 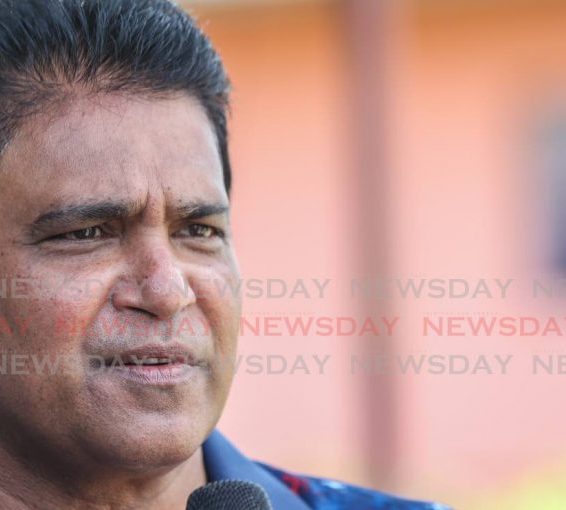 OPPOSITION MP Dr Roodal Moonilal said there are serious implications for the country in not having a substantive commissioner of police (CoP) in office.

One of them, he said, is that a window has been opened for those involved in money laundering and financial terrorism to hve a free reign.

He outlined dire consequences he said could arise in the service after the removal of Griffith, the collapse of the Police Service Commission (PSC) and its inability to appoint a CoP.

On Monday night, at the United National Congress (UNC) Virtual Report, Moonilal said, “There is no transfer of authority from the outgoing CoP to a new CoP.”

He explained a police commissioner usually has in his/her possession secret and confidential documents which may have to do with sensitive investigations of parliamentarians.

“Mr Griffith left and there is nobody to hand it over to, because there is no CoP.”

He said if something goes wrong in a police station and an officer has to be transferred to protect the sanctity of an investigation to ensure procedures are followed, “There is no one to transfer a policeman from any police station in Trinidad and Tobago today. There is nobody to do promotions.

“So the police service is in a mess: no promotions, no transfers, no handover.”

Under the Anti-Terrorism Act, Moonilal said, the commissioner is designated as the law enforcement authority in anti-terrorism matters.

“When the Financial Intelligence Unit (FIU) has information and they want to investigate allegations of money laundering and allegations of financing terrorism, they must send that to the CoP. He and he alone can order an investigation.

“Today, the dire result of the corruption and the undermining g of the PSC by Rowley and others is that the window has been opened for terrorists to jump out and run free.”

He said since October 14, when the acting appointment of DCP Mc Donald Jacob, expired, there is no commissioner who can immediately go tocourt and get a warrant or an order to freeze the account of a suspect.

“This cannot be allowed to happen. There is no one to order an investigation into allegations of suspicious transactions and more importantly, financing terrorism.

“TT is in a surreal state.”

He chastised the Prime Minister for lecturing the UNC on proper behaviour in the aftermath of the sitting of the Electoral College to vote on a motion to remove President Paula-Mae Weekes over the controversial appointment of a CoP, when Rowley, he said, behaved badly.

Moonilal recalled as Opposition Leader, Rowley went to the private resident of then Integrity Commission chairman Ken Gordon, to report on the “E-mailgate” scandal, for which he was publicly condemned.

“This is a man who constantly attacks women with his crass language. His behaviour leaves a lot to be desired.

“Our behaviour in the Parliament, last Thursday, I would be the first to admit, it was behaviour unbecoming for a Bishop’s tea party. But I was returning our Parliament to the pristine glory of a British-descended Westminster system.”

He expressed pride in the Opposition Leader and MPs, “who stood strong with courage, tenacity and never surrendered to the oppression and abuse of the PNM.”

Accusing Rowley of wanting to establish a “Gestapo service,” with him as the leader, he called on him to clarify whether a WPC who is involved in a sensitive investigation had been summoned to the Diplomatic Centre for discussions.