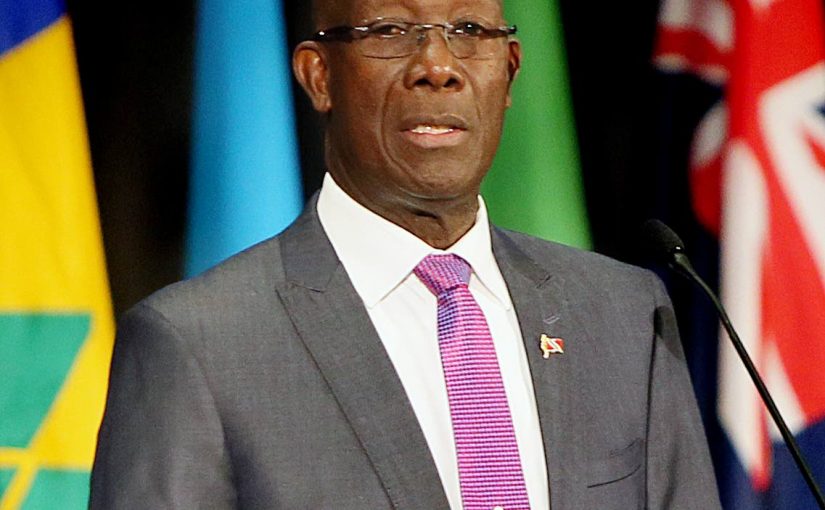 Rowley made the comment during his keynote address on the second day of the 61 Caribbean Confederation of Credit Unions conference at Hyatt Regency, Port of Spain yesterday. The conference began on Friday and continues until Wednesday.

Rowley said he grew up being a part of credit unions, was a member of three at one point, and is still a proud member of one. He told the regional representatives that they are “duty bound” to work side by side with the leadership of the sector in ensuring that financial operations are carefully monitored.

These requirements, he said, are no different to governments’ obligations to financial institutions.

“Recent malpractices within the investment, insurance and credit union sectors of TT are enough to justify the imperatives for such mandatory fiduciary oversight. Initiatives to arrive at consensus on establishment of a mutually acceptable regulatory framework continue to be a work in progress; the principal objective being that of protecting the sanctity and integrity of the public trust. The upside of this remains, not only that shares and deposits are well protected, but that the movement gives itself the flexibility to develop and expand its service offerings: emboldened, empowered and enriched by financial regulatory best practices of the highest order: the power to change the future,” Rowley said.

Although he did not name the institution, Government has spent billions in the bailout of the Clico and its parent company CL Financial since 2009.

Rowley said credit unions have grown astronomically in the last decade and cited figures for billions and trillions of US dollars in assets and investments in movement worldwide.

He told the packed room that the largest number of credit unions in the Caribbean was registered in TT with 129, followed by Barbados with 33, Jamaica, 32, Guyana, 28, St Lucia, 16, and Grenada 10.

He advised: “Credit unions, by virtue of their own well deserved development and progress, have dismantled the socio-economic barriers and have elevated their status to a level no less prestigious or in great demand than those of other traditionally endowed financial institutions which hold consumer shares, savings, investments and deposits in trust. You should therefore expect nothing less than to be held similarly accountable by whatever appropriate mechanisms employed and, as a consequence, be no less subject to sector-specific consumer protection laws and regulations as well as security and sound business performance standards as do banks, insurance companies, pension plans, financial lending.”

He said the Caribbean should look to Canada for guidance as their credit union members enjoy, in many provinces, higher levels of deposit protection than that which is available to commercial bank customers. He added that the real task will be when credit unions are freed from dependence on commercial banks and private sector financial institutions to lodge membership shares and deposits and put the mechanisms in place to compete aggressively. He said if they so desire, credit unions can possibly offer the widest range of financial services that can include ATMs, purchase and sales of foreign exchange, wire transfers, letters of credit, debit and credit cards.

Something fishy happening at La Brea

Sat Jun 16 , 2018
SOMETHING fishy is happening in the Gulf of Paria, off the coast of La Brea, and fishermen and villagers want answers from the authorities. For the past six days, thousands of dead fish washed ashore at Carat Shed, Coffee and Point Sable beaches in La Brea, said the president […]