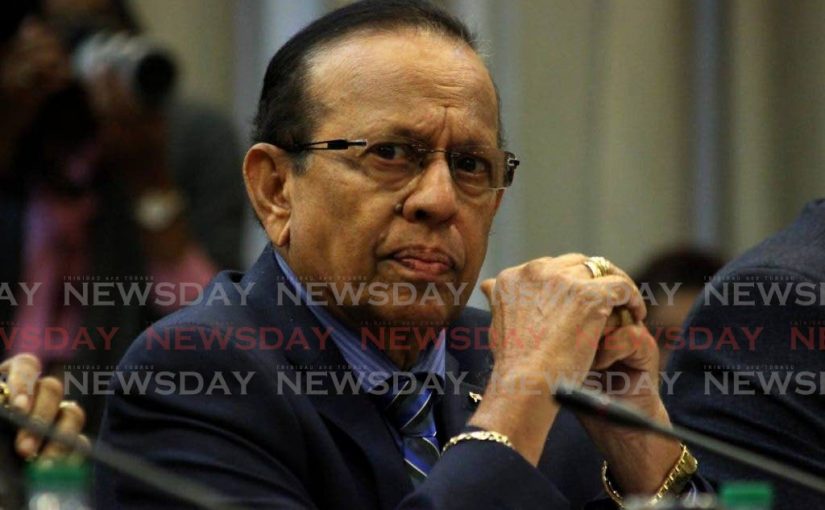 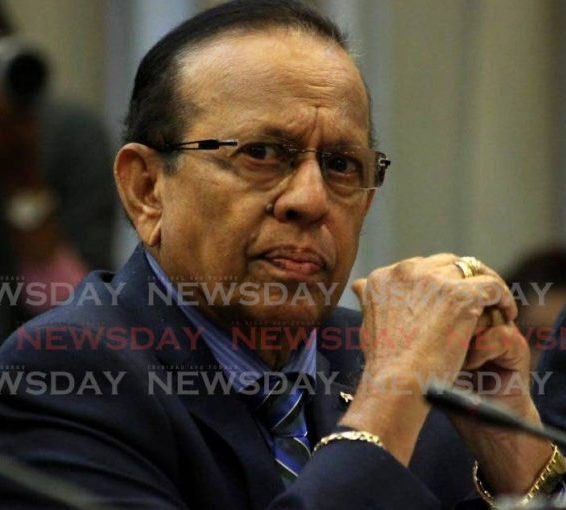 Persad-Bissessar, at Monday’s UNC virtual forum and in news releases on Tuesday, said Koylass’ alleged political association with the PNM made him unsuitable for nomination to the PSC.

The names of retired justice of appeal Judith Jones, accountant Maxine Attong and Koylass were sent by President Paula-Mae Weekes to the Prime Minister and Persad-Bissessar.

Steps are being taken to reconstitute the PSC after it collapsed last month over the suspension of Gary Griffith as acting Commissioner of Police.

In response to Persad-Bissessar’s claims, Mohammed said, “I am not aware that he (Koylass) has been involved at any level of any politics at all.” He recalled that Koylass served as a member of the Judicial and Legal Services Commission (JLSC).

While uncertain about whether Koylass was still a JLSC member, Mohammed said appointments to that commission are sensitive.

“All service commissions are sensitive. Nobody made such observation (about Koylass) at that time.”

Against that background, Mohammed said there was nothing political that could be directed against Koylass.

“When I served (as PSC chairman) none of the other members had political connections.” Mohammed said it was difficult today to get people, who may not have a political affiliation, to serve on bodies like the PSC.

“It is very difficult these days because there is a loss of confidence at every level in the society. As a result of that, people…the public is very sceptical.”

Mohammed said, “The only people who seem to be spared are former members of the bench.” Mohammed was PSC chairman around 2010. He had previously been elected MP for Tabaquite and served as Speaker of the House of Representatives from 1987 – 1991 under an NAR government.

Another former PSC chairman, Prof Ramesh Deosaran, said: “It remains a great pity for the police service and the country that we have found ourselves in this unholy situation.”

He added, “I hope the rulings from the several matters now before our courts bring some light and certainty for the long term.”

While he did not comment about Koylass, Deosaran recalled that when he was chairman around 2011, the commission comprised people like former Industrial Court president Addison Khan, attorney Martin George, Kenneth Parker and Jacqueline Cheeseman.

Describing them as “four distinguished and competent” commissioners, Deosaran said, “It took a long time to appoint a fifth person as required by the Constitution.

“A quorum, especially in a commission where membership is so precisely defined for purpose, is derived from a fully appointed commission.”

He recalled that when Khan left the PSC, attorney Roamar Achat-Saney and Dr James Armstrong were appointed around 2013.

Deosaran said the then opposition PNM “raised objections on the ground that they did not properly fit the professional requirements as defined in the Constitution.”

He said, “It has become increasingly difficult to find professionals of one kind or another who fit the criteria of robust independence, and qualified and experienced in the disciplines of law, finance, sociology or management (as required in the Constitution for PSC members).”

Against this background, Deosaran said, “Therefore in this very demanding context, and the pressures for quickened appointments and Parliament’s role, I sympathise very with the President – whatever the other surrounding issues.”