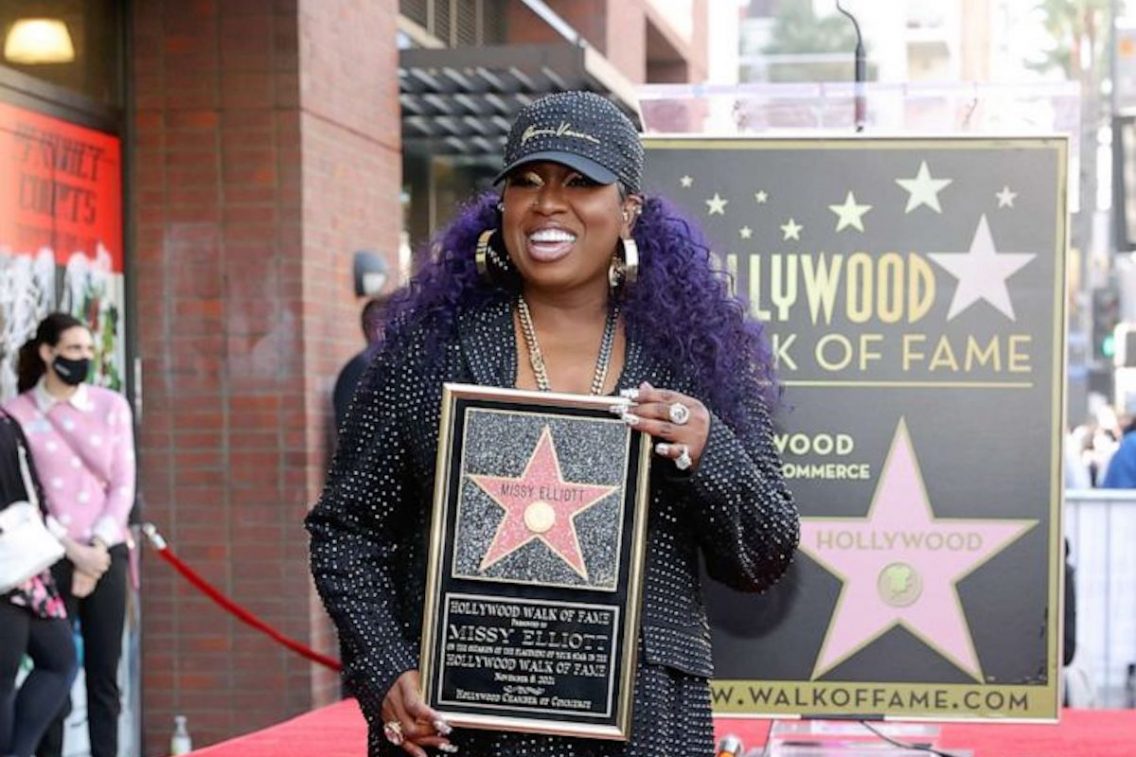 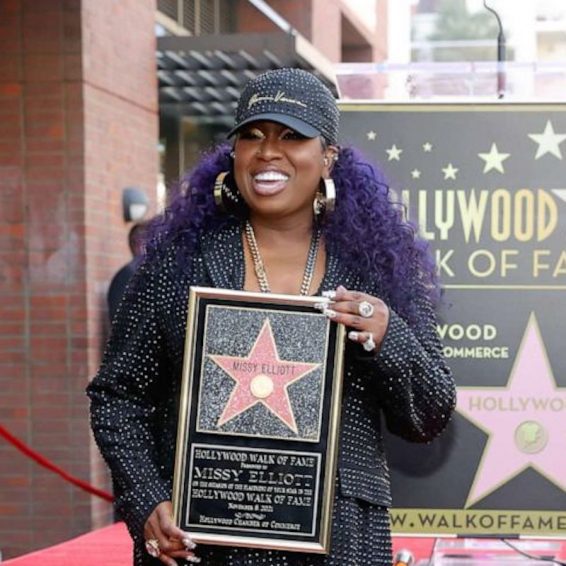 Missy Elliot Receives Star On Hollywood Walk of Fame, Says “I am HUMBLED!”

It feels like iconic rapper Missy Elliott should have gotten a Hollywood Star a long time ago, but she only recently received the honor yesterday, November 8. The prolific and innovative rapper got her star on the Hollywood Walk of Fame for her contributions to hip hop and entertainment.

During a ceremony held outside the well-known Amoeba Records, Missy Elliott received her own star, located on Hollywood Boulevard in Los Angeles, California. The event was in partnership with Hollywood Chamber of Commerce Board Chair Nicole Mihalka. Other female artists who showed up to show their support included, Lizzo, Ciara, and Mona Scott.

As is typical of the “The Rain” rapper, she dedicated the star to other female rappers in the space, both past, and present.

“I can kind of give this to my female MCs in Hip Hop, to my sisters in Hip Hop. I wanna say I love each and everyone of y’all. The ones that’s popping now, the ones that’s about to be popping,” she said.= during her acceptance speech.

Missy Elliott also made special mention of some hard-working women in the hip-hop world who helped carve a way out for rappers like herself.

“But I want to give a big, big shoutout to the godmothers of this, and that is Queen Latifah, Monie Love, [MC] Sha-Rock, Angie Stone, Roxanne Shanté, Yo-Yo, MC Lyte, Salt-N-Pepa,” she

She continued on to say that she may have missed some of those who have contributed significantly but that she had nothing but respect for their efforts.

“I know I’m probably missing some, but all of y’all who started before me. Because y’all are the backs that we stand on. Y’all are the foundation, and y’all ran so we could walk. Y’all stood up for something so we could sit comfortably, so I thank y’all for this moment,” she said.

She also thanked God for her longevity in the game and for helping her to accomplish one of her longtime dreams.

“Through the grace of God and faith, I’ve kept going. If I hadn’t, I wouldn’t be standing here. I’d come here 20 years ago and used to walk past all these stars and imagine,” she added. Missy is well-loved by hip-hop fans, and recently some have been begging her to step in the Verzuz ring with another iconic hip hop artist, Lauryn Hill. She hasn’t exactly turned down the idea, and fans are waiting to see if the classic clash will happen eventually.

The rapper, singer, songwriter, and record producer began her career with R&B girl group Sista in the early-mid 1990s. She would later become a member of the Swing Mob collective along with childhood friend and longtime collaborator Timbaland. Those two would form a formidable pair in the hip hop space, and they went on to work on projects for R&B songstress Aaliyah, and other groups, including 702, Total, and SWV.
She eventually launched her solo career in 1997 with her debut album Supa Dupa Fly. she was an immediate hit with fans, and her track “Sock It 2 Me” off the album became a top 20 single. The album debuted at number three on the Billboard 200 and was the highest-charting debut for a female rapper at the time.

Missy Elliott’s second album, Da Real World, was released in 1999 and produced the top five hit “Hot Boyz”. The remix of that track would go on to break the record for most weeks at number-one on the US R&B chart on January 15, 2000.

The “Lose Control” rapper has enjoyed a very successful career, spanning three decades, and has four Grammy Awards in addition to selling over 30 million records in the United States. She is still the best-selling female rapper in Nielsen Music history. Last year, Billboard ranked her at number five on the 100 Greatest Music Video Artists of All Time.

Even though she’s waited a while for the honor, Missy Elliott shared via Twitter that she believes that “this was the right time (God’s Timing)& I am Grateful!”