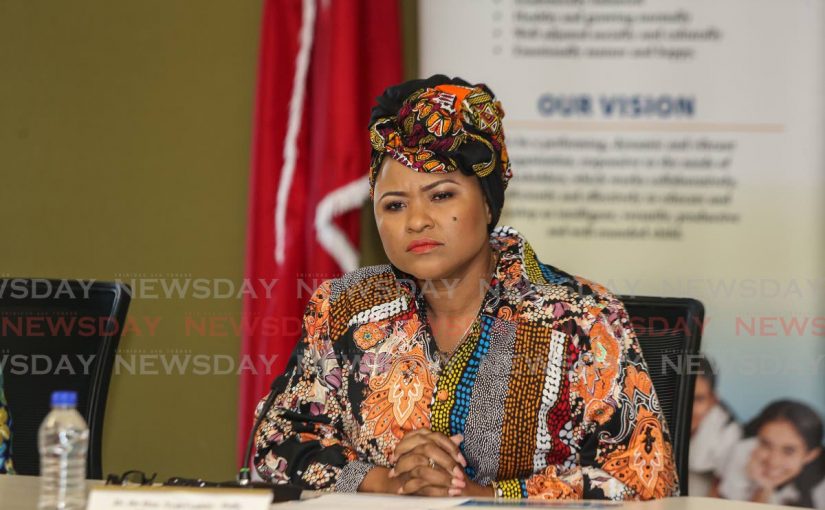 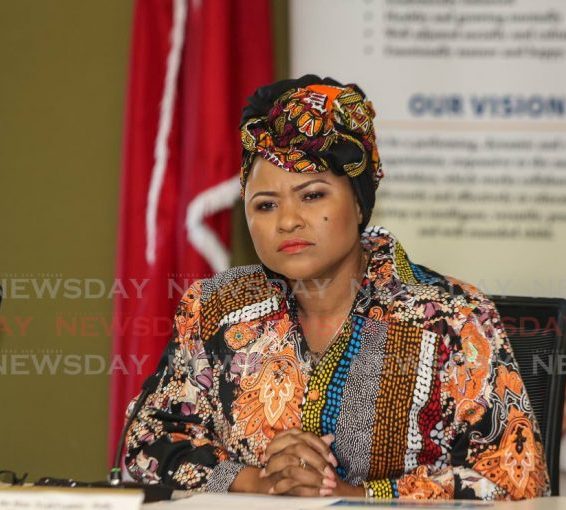 2 months ago·2 min read
ShareTweetPinShare
Home
Local News
Ministry: All form 4-6 students, vaccinated and unvaccinated, must return to school on Monday
The content originally appeared on: Trinidad and Tobago Newsday

Minister of Education Nyan Gadsby-Dolly at a press conference at Education Towers, St Vincent Street, Port of Spain, on Wednesday. The minister announced that all form 4-6 students, vaccinated or not, will be required to return to school on Monday. – Jeff Mayers

Minister of Education Dr Nyan Gadsby-Dolly has said all secondary school students in forms four-six will be required to return to physical classes from Monday.

In a press conference held at the ministry in Port of Spain on Wednesday, Gadsby-Dolly said the relevant teachers would no longer be required to teach online classes, as all students must return to school.

Gadsby-Dolly noted that vaccinated students in forms four-six have been attending in-person classes since October 4.

She said data from the Ministry of Health, as of October 19 showed 49,853 (54 per cent) of students aged 12-18 have received their first dose of the covid19 vaccine and 36,540 (40 per cent) have received their second dose. The Pfizer vaccine is currently available for minors within that age group.

“Attendance data collected over the past two weeks has shown that school attendance is consistently lower in the government secondary schools, with an average of 50 per cent of the eligible cohort attending school physically.

“For the denominational and private schools, the attendance averaged 80 per cent of the eligible cohort and continued to increase; in some cases, the attendance was a high as 95 per cent at the end of the two-week period.”

She said the result of the trends in vaccination and attendance shows teaching is taking place mainly online.

“While the ministry has supplied, and continues to supply, laptops and wifi devices to teachers and students to facilitate remote learning, the stated policy of the government has been the movement of our students back to the physical classroom safely and as soon as possible.

“The government does not hold, nor accept the position that the physical return of students to the classroom should be further delayed. Though we are forging ahead towards normalcy, we must be mindful that we are still operating in a pandemic, and all decisions must be contextualised by this reality.”

Gadsby-Dolly said analysis of the results of the Secondary Entrance Assessment and Caribbean Examination Council in 2021 provided evidence of the global predicted decrease in student performance, attributed, in part, to students’ absence from the physical classroom.

“One of the main factors in arresting any decline in student achievement during this pandemic is the safe return of all our students to the physical classroom for more effective teaching and learning.”

She said the decision was also based on the feedback from all stakeholders.

Students at special schools, she said, will be allowed to attend school physically according to suitable rotational schedules devised by principals.

“Unless otherwise advised, these students will return to the physical classroom in January 2022, term two of the academic year.”