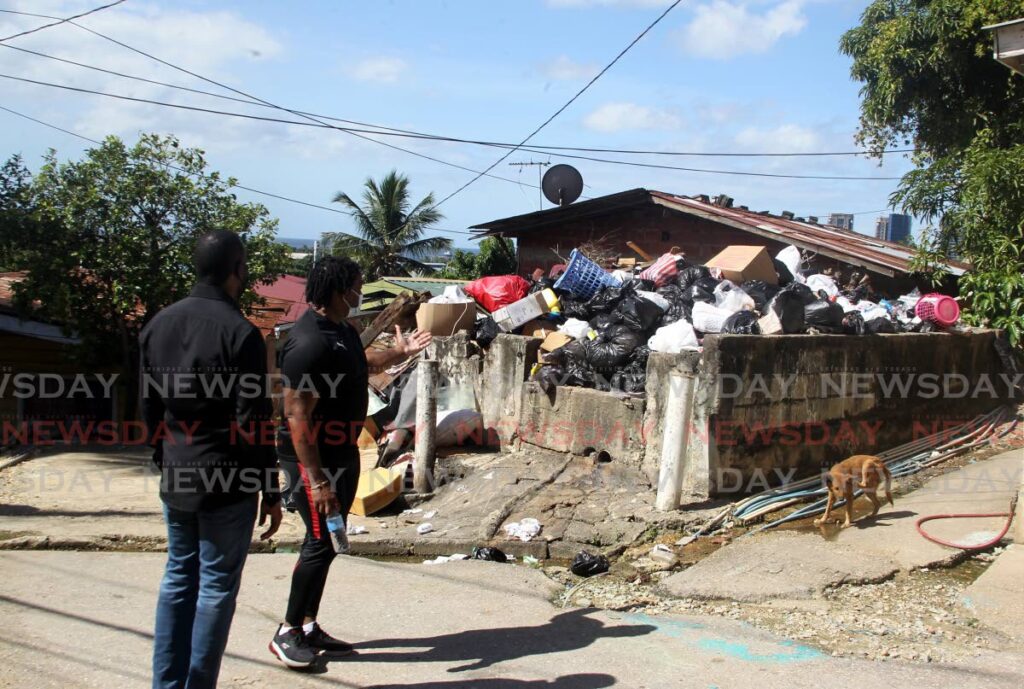 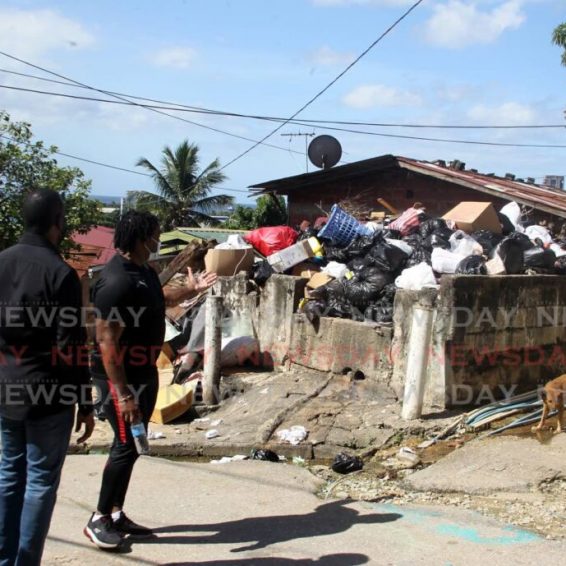 Public Utilities Minister Marvin Gonzales apologised to residents for the inconvenience caused by roadworks in the area when he visited worksites in east Port of Spain and South Quay on Wednesday morning.

In the first visit Gonzales, Port of Spain South MP Keith Scotland and officials from the Water and Sewerage Authority (WASA) visited Africa Street, John John, where workers are replacing an old pipeline.

The problems began when an 18-inch pipe collapsed earlier this year, which then led to the road collapsing, causing two large holes further up the hill.

Gonzales apologised for the delays in the project, adding that he was pleased the people did not let their frustration get the better of them and resort to protests.

He said the pipeline problem also led to disruptions in water supplies to other communities in Laventille, whose patience and co-operation with the authorities he also commended.

“I have to apologise to a number of the communities in Laventille who have been impacted by a poor water supply over the Christmas season as a result of this particular issue. But rest assured, I am working with my parliamentary and Cabinet colleagues to ensure that this matter is resolved as quickly as possible.

“I also want to commend the residents for their patience, because as I was remarking to MP Scotland, had this been in another area – we hear all kinds of negative things about Laventille people, and had this situation existed in another community, you would have been seeing burning tyres and all kinds of bachannal and confusion.

“But this has happened and they have endured this for about two or three months, and they continue to work and collaborate with their MP and WASA to ensure the matter is resolved, and I want to thank them and commend them for their patience and understanding.”

Police constables attached to the Water and Sewage Authority, patrol Africa Road, where major works have been commissioned to restore a collapsed water main in the Laventille community. Photo by Roger Jacob

Gonzales admitted that while he had heard of the problem since September, he did not fully grasp the urgency of the situation until he visited and saw the extent of the damage for himself on Wednesday morning.

Scotland also apologised for the delays in the work and restoration of the road, and said he has been liaising with residents. He added that while the work did not go as quickly as planned, he anticipated it would be completed soon.

“I want to show you all the condition of this road, and on behalf of the MP I want to apologise for the state of this road and the fact that it is so now in 2021, but we are not going into 2022 with it like this.

“I want to thank the residents (and) their representative here, Mrs Kim, whose house is at the top of the hill, so when this road is impassable, she has to pass around by the (water) tank.

“We are desperately sorry that it took two months and a little jolting from an article in the media – which is good, because it’s always good to have a wake-up call, because we try to be perfect.”

Also visiting the site was WASA distribution manager for the north west Malachy Maxwell, who said the original pipeline was constructed around 1962 and extended across Africa Road to the top of the hill.

Maxwell said the pipe has had leaks and WASA was doing repairs which would include diverting it to a drain further up the hill. He said the road can be restored within five days.

After speaking with Minister of Housing Pennelope Beckles, Local Government Minister Kazim Hosein and engineers from the Port of Spain City Corporation for almost 20 minutes, they explained the problems to reporters .

Beckles apologised to the Morvant and Laventille taxi drivers who used the area as a taxi stand, but said the authorities were being extremely careful in their repairs to avoid damaging underground T&TEC, WASA and TSTT lines, which were close to the worksite.

MP Keith Scotland and Marvin Gonzales Minister of Public Utilities look at a massive pile of uncollected garbage, a result of the impassable, damaged road surface. Photo by Roger Jacob

Gonzales said investigations by WASA concluded the problems began with a collapsed drain near the Public Transport Service Corporation (PTSC) near City Gate, which caused a large clog, and added that such a problem would require a joint partnership between different agencies and ministries.