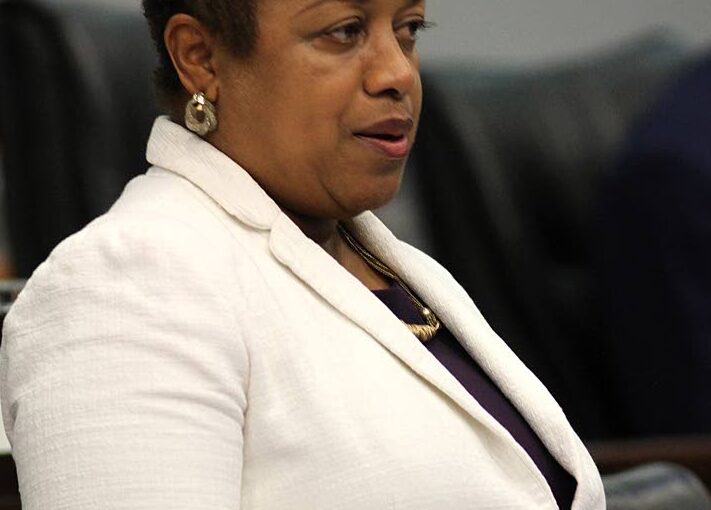 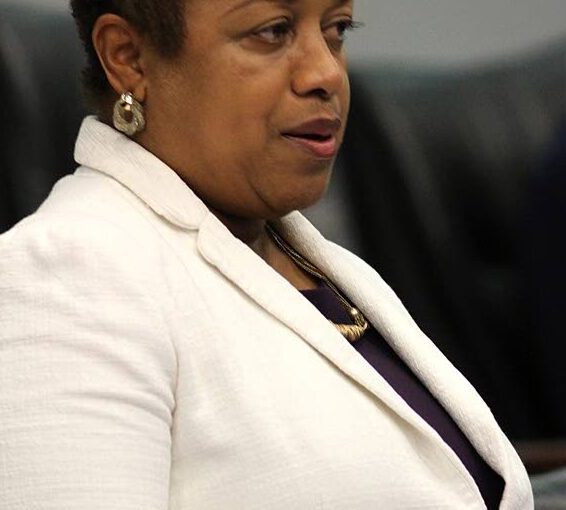 MINISTER of Public Administration Allyson West said on Tuesday that her ministry was drafting a plan to keep running in the event of a furlough of unvaccinated workers, but she meanwhile hoped to encourage more workers to get the vaccine offered as protection against covid19.

Newsday had asked her if the Government has a backup plan to run the Public Service in case the Prime Minister’s threat on Saturday to furlough unvaccinated workers creates staff shortages.

West said, “My team at the ministry is currently drafting a plan in terms of what we do to encourage more people to get vaccinated as well as a plan to treat with the potential absence of some members of this organisation. We have had discussions in terms of certain more critical services and how we treat with those and in terms of the general approach to the Pubic Service, we are fine-tuning that before we make it public.”

Was she confident public services could still be provided in the event of mass furloughs?

“Well one of the things we’re trying to finalise is getting information on the numbers of people who are currently vaccinated versus unvaccinated. We have a mixed position because some of the ministries are fairly well vaccinated and some of them are not. Those that are not, we are trying to put some contingency plans in case the profile doesn’t change significantly between now and January 15 (the deadline the PM set for vaccination.)

“We’ll also try to put some special vaccination measures in place to treat with those people who are prepared to change their status between now and then.”

West said the ministry had a multifaceted approach, including ensuring the public are not deprived of government services.

Newsday asked if the private sector could be utilised for any functions.

“Well we haven’t ruled out any possibilities.” She recalled the private sector had volunteered and got very involved in the country’s vaccination drive.

“To the extent that we need to call in resources from outside of the Public Service we’ll certainly consider that.

“So as I said we have a couple of key objectives. One objective is to get people vaccinated as soon as possible to temper the spread of this disease. The second key objective is to ensure people continue to receive the services they require from the Public Service.

“I urge members of the Public Service and the wider public sector and the public at large to please go out and get vaccinated. We have to control the spread of covid. It is getting just exponentially worse. It has been proven that the best way to do that control is by vaccination.”

DEYALSINGH, HINDS
WEIGH IN ON ISSUE

Newsday asked Health Minister Terrence Deyalsingh of any backup plan in health. He replied, “Each RHA is currently engaged in contingency planning. Also more persons are coming out to be Vaccinated. From yesterday we are back up to over 1,200 first shots per day and many are health care workers.”

Minister of National Security Fitzgerald Hinds said the protective services had pledged to all work in a collaborative effort.

Pressed about a 20 per cent vaccination rate among fire officers, he said he had spoken to the Chief Fire Officer and other heads under his ministry today. “I’ve been given the assurance the Fire Service will carry out its duties to the people in any circumstances.” He also said the services under his ministry have accentuated their collaboration and were pledged to supporting each other.

Asked if this meant soldiers could soon be putting out fires, Hinds replied, “I don’t know how you got to that. I’m just saying to you in any situation there is a collaborative effort among agencies of the ministry and the fire service chief has expressed no such fear but indicated the fire service will be able to carry out its duty and responsibility to the people of TT in any circumstances.”

Asked of any contingency plan against fallout from mass furloughs, he said, “Those take us deep into the heart and realm of security issues and I would not venture.”

“MY OFFICERS URGED
TO GET VACCINATED”

Commissioner of Prisons Dennis Pulchan said he had spoken to most of his prison officers to encourage more to get vaccinated, Dr Rowley having said their vaccination rate was 35 per cent.

“I don’t think any right-think officer would want to jeopardise his income. My officers are very sensible and will do what is necessary for their survival.,

“I really don’t foresee a problem. If there is problem the Ministry of National Security is a combined organisation and we support each other.”

He was confident any shortfall in any area due to furloughs could be made up by the ministry.

“I’m not worried much. I’d continue to encourage my officers to be vaccinated, for protection of self and family.”

Newsday asked if any shortfall in prison staff could be made up by the private sector such as Amalgamated Security Company.

He replied, “Amalgamated officers are not prison officers but security officers. I’d not want to be too pessimistic about the situation. I know my officers and I’m quite certain that good sense will prevail. Once the Government makes the policy, I’m a public officer and I’ll be required to enforce that policy.”

Asked of any plan, he said, “No there’s no plan being drafted but we always cater for these instances.”

Asked if the police service and defence force could supplement prison security, Pulchan said, “I’d not like to give away my hand as yet. It’s a security issue.”

He added he had no doubt help would come if needed.