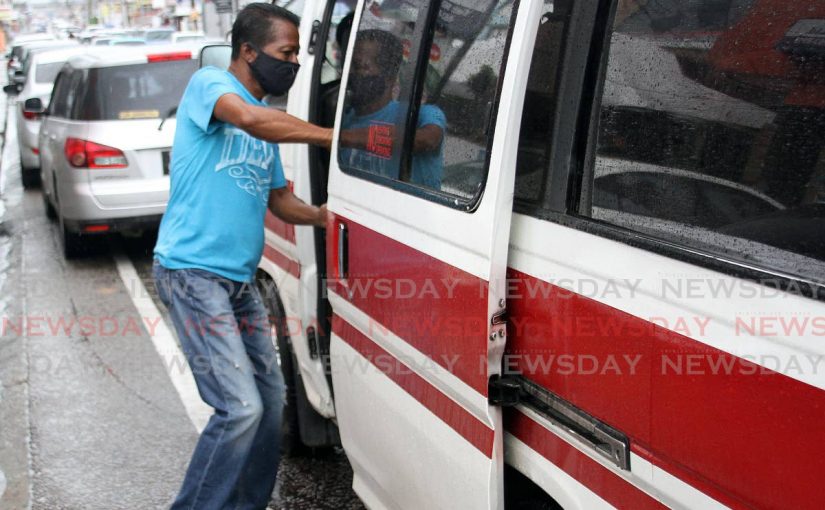 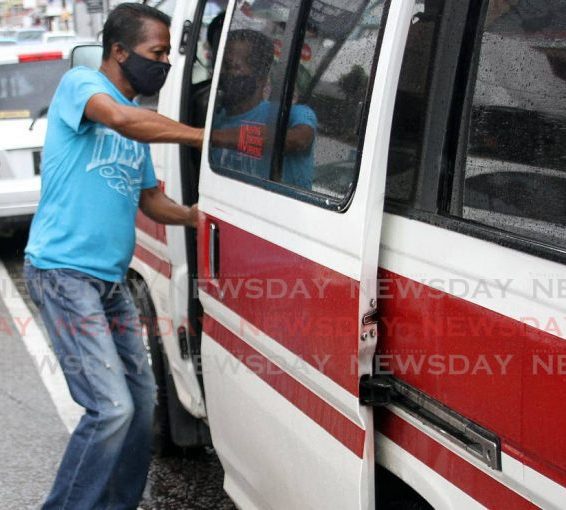 THERE was talk on Wednesday of an impending increase in maxi taxi fares for transportation routes along the East-West Corridor.

Speaking to Newsday by phone on Wednesday, president of the Route Two Maxi Taxi Association Linus Phillip said direct fares for La Horquetta, Maloney, Sangre Grande and Arima maxis may soon rise by $2 and shorter trips may rise by a dollar.

“We hope the public will try to understand,” he said. “We hope they understand that this is necessary to keep the industry going. (The pandemic) has been hard on everybody, not just us, but to keep us operating we had to do this.”

Phillips said the association has not finalised a date to implement these change, but is hoping to do so for October 11.

He said short drops will remain at $5 to accommodate those who can’t afford to pay more for short distance commutes.

“We tried to be fair to everybody. The person going the furthest distance will pay for the distance they are going.

“If you take a maxi in Curepe and you are going to Tunapuna, you will still pay $5. If you’re going a little further, it might cost you a dollar more.”

He said to accommodate the changes, the boundaries along the bus route were also adjusted. “We had some very wide boundaries in the past.”

Phillip said the association believes the change is fair to operators and passengers. He said drivers have not been able to pay their insurance, buy parts, or properly maintain their vehicles since the beginning of the pandemic.

“We had two increases in oil for the year already. Once in January and again in August. We had an increase in insurance, parts, and general service. The travelling pool is also reduced so we’re making less trips. That took a serious toll on our income. We’ve had a tremendous increase in expenditure. So that is what really warranted the increase.

“We tried to hold out when everybody was raising their fares. We hoped things would get back to normal, but they didn’t and right now we don’t know when they will. He had no other choice.”

One route two Arima driver, who requested anonymity, told Newsday that maintaining the vehicles have become a burden. “Tyres gone up, maintenance of the vehicles gone up and we still at one per seat,” he said.

“We are trying to be equal (but) the extra money we collect is going to diesel. We still have to pay the bank.”

This marks the latest in a series of increases in recent months.

In May, the Chaguanas Taxi Drivers Association raised its fare to $18 – a $4 increase.

The Macaulay Taxi Drivers Association also announced in May an increase in its fares. Macaulay to San Fernando is now $12, up from the previous $9 fare, and Macaulay to Marabella is $11, increased from $8.

The Port of Spain to Chaguanas Taxi Drivers Association announced in September its fares will increase by $1 to $15 on October 11.

Consumers have also had to deal with increases in other sectors, including food.

The Kiss Baking Company, one of the leading brands of breads, cakes and pastries in Trinidad and Tobago, announced last week an increase in the price of its bread products.

KC Confectionery announced the selling price for its products will rise, owing to a 90 per cent increase in the cost of one raw material alone. KC Confectionery products include Dinner Mints, Butter Nut and Choco Mints.