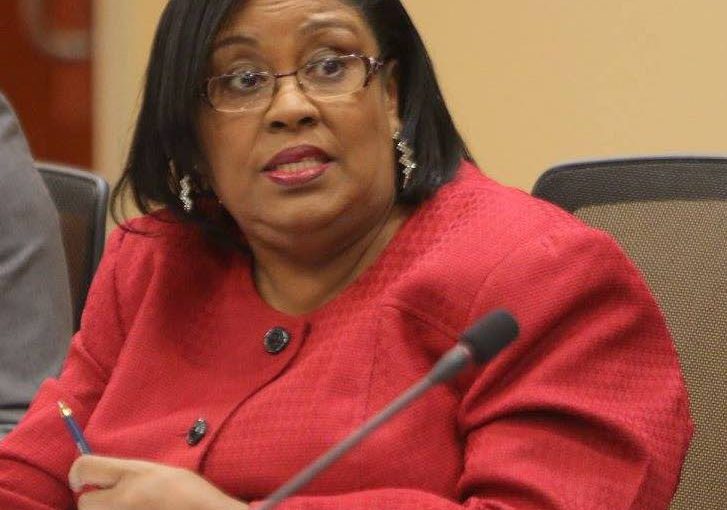 PUBLIC Administration Minister Marlene McDonald returns to work today.
McDonald told Newsday yesterday she has been given the all clear to resume her ministerial duties, and said she had two informal meetings at the ministry yesterday, but will be out to work “in full” today.

The Port of Spain South MP said she was happy to be returning to work.
McDonald was recovering from a bout of pneumonia last month. One doctor recommended she take a week’s sick leave and another recommended two weeks, so McDonald opted for the latter to ensure she recovered fully. She has told the Prime Minister that she can return to work.
Minister in the Ministry of Finance Allyson West had been acting for McDonald while she was recuperating.

Earlier in the day, West said she was acting until she was informed about McDonald’s return, and a senior government official subsequently said West had been informed today.
Minister in the Public Administration Ministry Maxie Cuffie is not back to work as yet. When contacted by Newsday, Cuffie replied, “There is nothing to report.” He said he was fine and on his way to an appointment but did not elaborate.

Cuffie was not at his La Horquetta/Talparo constituency office yesterday.

The post Marlene back to work today appeared first on Trinidad and Tobago Newsday.

Fri Aug 3 , 2018
THE Ministry of Sport and Youth Affairs has given the green light for Pro league clubs that are compliant with the policy of the Ministry and Sport Company to immediately access their Government subvention. The Ministry made the announcement in press release today, exactly one week before the league commences. […]