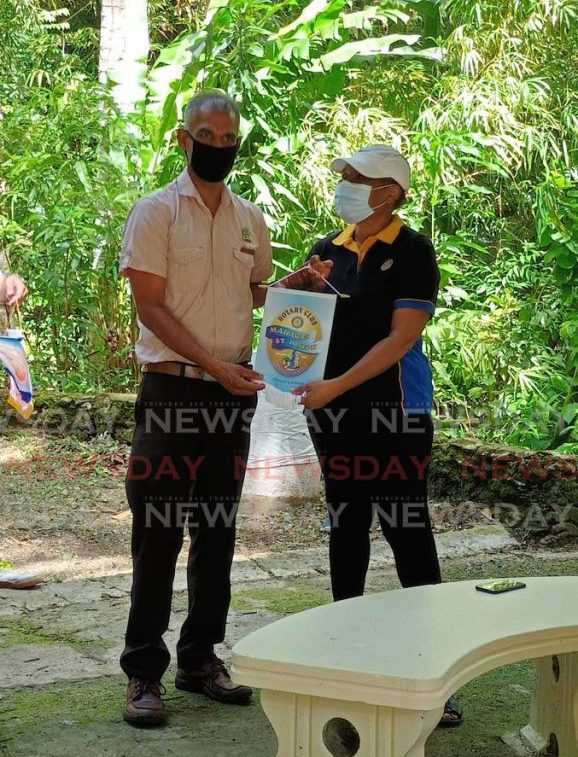 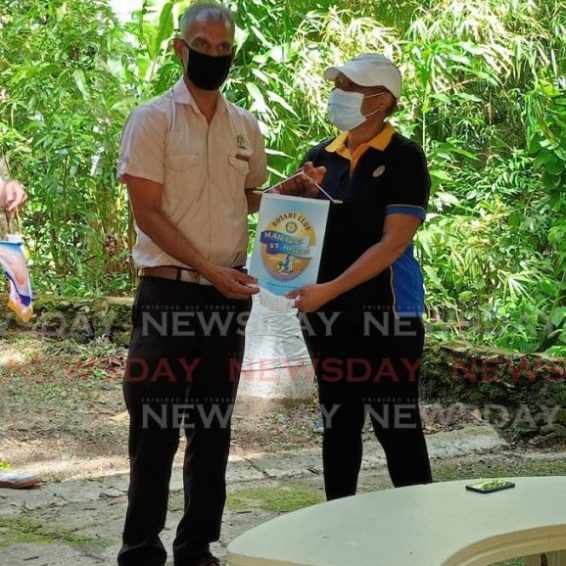 New signage welcoming people to Maracas Waterfall. The launch of the refurbished nature trail was held on Sunday. –

When Racine Belle saw the refurbished Maracas nature trail leading to the Maracas Waterfall she was pleasantly surprised. Bell said that when she last visited, the site was in a “deplorable condition” and one “could not even recognise the sign.”

Belle is from D’Abadie but she has family in Maracas/St Joseph and would usually visit the waterfall when she is there.

But when she saw it on Sunday after the Rotary Club of Maracas St Joseph in partnership with the Digicel Foundation worked to refurbish the space, all she could say was that she looked forward to enjoying it. She said the only thing that needs to be done is some road repair.

The club and the foundation held a launch for the work done at the space on Sunday. Some of the club’s other partners were also present at the launch such as Lallan Parmanan, forester three for the North West Conservancy, St Joseph. Even as the launch was taking place, there were a number of hikers coming from the trail.

One of the foundation’s directors Laura Dowrich said, “It is wonderful to be here to see the completion of this project.”

Dowrich said he could not believe it was almost a year ago that the foundation members had gathered to sift through 173 applications to see who could be shortlisted and help.

The foundation’s Better Together initiative was aimed at helping community’s develop themselves despite the challenges posed by the covid19 pandemic.

She said the Rotary Club of Maracas St Joseph was one of four shortlisted.

“I know it was challenging. I know it was difficult to stick to the timelines given the challenges that covid presented but we are here today and I think you should really be proud of the work you were able to do,” she said.

Dowrich said developing the facilities at the Maracas Waterfall was important as tourism experts predicted that nature tourism is one of the areas of growth post-covid.

“When we start to market this country this could be one of the areas we push because we have the facilities we can be proud of.”

The project’s scope of work included repair of the dirt road, new signage, rebuilding of the rest sheds and replacement of four sets of benches, installation of a donated bench, washing and painting of the existing benches, removal of overgrown shrubs and planting sustainable plants.

The past assistant governor of Rotary serving in TT Vin Lutchman said there are plans to plant more plants and do further roadworks.

He said the signage telling people to pick up their garbage was also placed as there was a problem with people leaving there garbage.

Dowrich said the club was given TT$50,000 in funding and the initiative was meant to last six to eight weeks but lasted eight months instead.

The president of the Rotray Club of Maracas/St Joseph Ava Cunningham–Riley said it was a privilege to see the fruition of the project earlier this year. She said because of covid there were some delays in execution.

“Here we are today seeing what is possible when we really partner with other firms, ministries or the community…when we partner to get something done.”

She thanked the foundation.