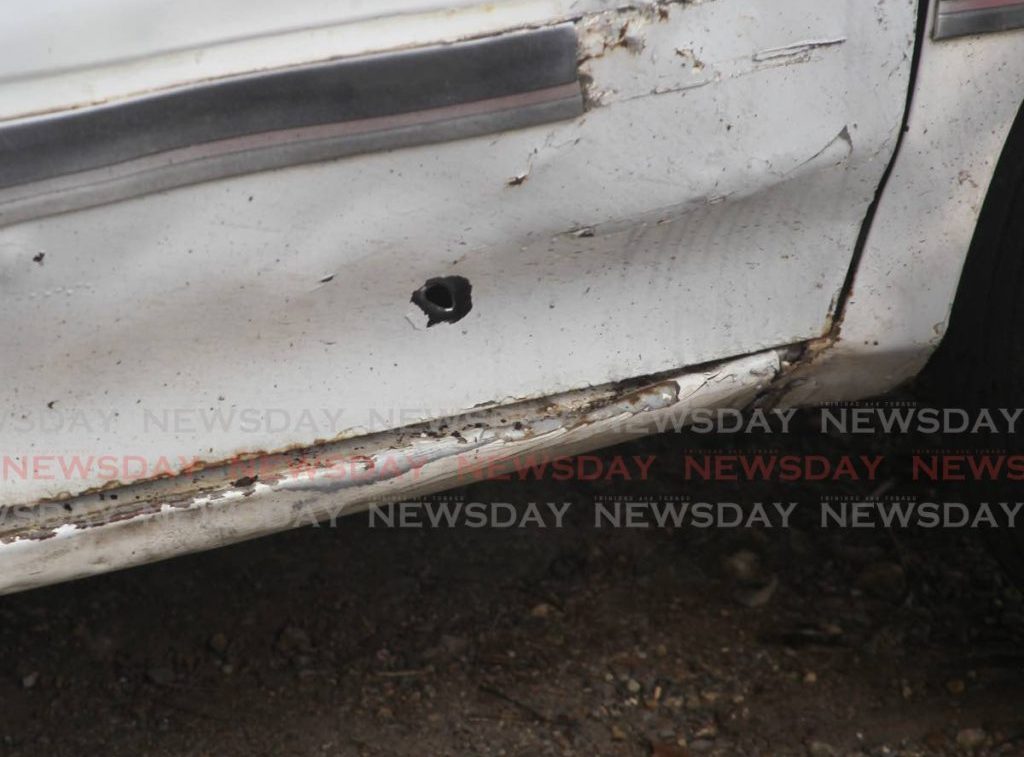 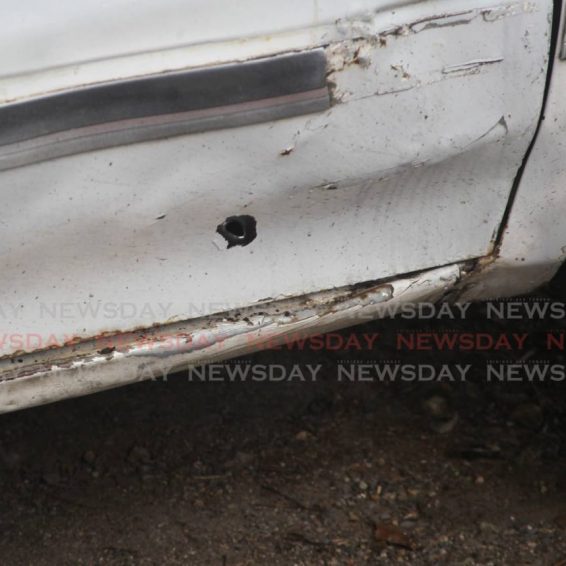 The Bay Shore West Road in Marabella where Shanice George 21, was liming with a friend on Thursday night after 10:30pm, when she was fatally shot by gunmen. – Photo by Roger Jacob

After hearing his 21-year-old granddaughter Shanice George had been shot on Thursday night, Nanan Gupta ran to the scene and held her lifeless body, which was riddled in bullets.

When Newsday visited Gupta’s Bayshore West home on the Marabella train line on Friday, he gave a harrowing account of the moments after her murder.

It was not unusual for a friend in the area to come and meet George at home to help her carry a handheld radio when she was going to lime.

So it was a normal Thursday night when she left home with the friend after 8pm.

But later, Gupta recalled, “I get up about quarter to 12 and as I get up, I hear bullets start to ring out from a machine gun.

“I telling my wife, l’Look gunshots going off,’ but she wasn’t really taking it on.

“About ten minutes after, her friend came calling…so when he calling, I asked why he was calling, because I don’t really take him on.”

But Nanan realised something was wrong when the friend continued calling for several minutes.

Members of the police service conduct a foot patrol at the Old Trainline Road in Marabella on Friday. Photo by Roger Jacob

When Nanan came outside, the friend told him George had been murdered by a bridge nearby.

“When I walk with him by the bridge, I see Shanice between the car and the road right there.

“She was laying down there, so I hold she, and she hand was cold.”

After 30 minutes, he said, police arrived and started to question him about the incident and George’s friend.

Asked if George’s friend had told him anything about the murder, Gupta said he had not talked to the friend since the incident.But he said the friend gave a statement to police.

Nanan and George were close, and he said he hasn’t been able to process what happened and is still in shock. AS he spoke about her killing, he remembered details of their relationship and her life.

“If she get a fever, that does hurt me and I does cry.

“Look that thing happened and I don’t know what to do.

“Every day we does talk, we have no problems with her. She’s the only child in TT that has no problems.

“I can’t really tell you what cause that, I’d be lying if I say she had any problem or anything.

Bullet hole in the driver door of this motor car, parked on Bay Shore West Road in Marabella where Shanice George 21, was liming with a friend on Thursday night after 10:30pm, when she was fatally shot by gunmen. Photo by Roget Jacob

SATT seeks details of foods to be VAT zero-rated

“Look all she money in her bag, she does have a lil bag there with her lil change.”

When George’s cousin Jamie Sanowar got up after 7am on Friday, she checked her phone notifications and saw several missed calls from her sister. She quickly realised the situation was serious, as the missed calls started from 5am.

Sanowar told Newsday, “From the time I see the missed calls come in 5 o’clock, I done know something wrong. I’m thinking that next thing something happened to Gandma or Grandpa now, because that’s the only reason she would call so early.

“When I called her back, the first thing she told me was to brace myself. Then she come out and tell me they shoot Shanice.”

Sanowar said they knew little about her personal life and would never have known if anything was wrong with her.

Sanowar said the family only knows that while George was liming, her killer approached the people she was liming with and asked for her.

In the days leading up to the murder, Sanowar said George didn’t act unusually or say anything out of the ordinary.

“She wasn’t the person to come out and tell us anything personal about her. She would just check in us.

“I grow up with Shanice from small – we are just a year apart. So from small, I used to come by Grandma and we used to always lime.

“When I heard the news, I was really distraught, because I know her and we had a close relationship.

“We (my sister and I) was supposed to come here today – but not for this,” said Sanowar.