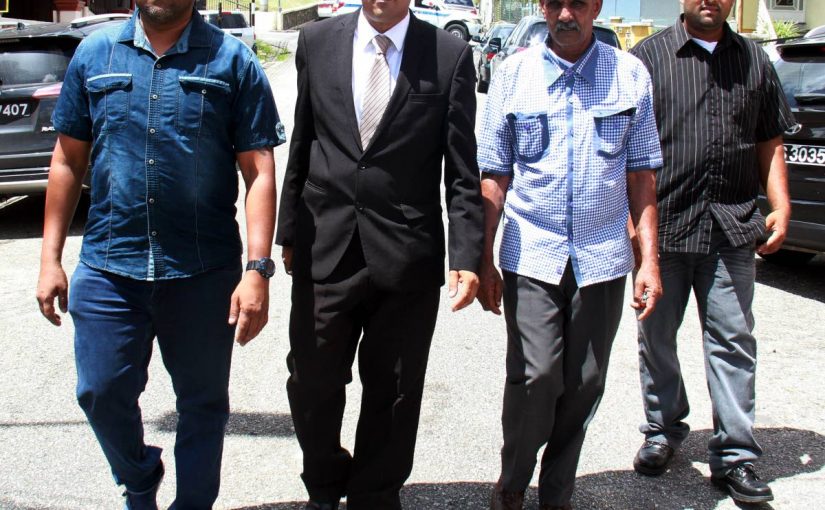 A HIGH Court judge has given an elderly man until next week Monday to present his claim to an access driveway which he has blocked with steel poles and which recently resulted in a funeral procession being blocked from accessing the house of mourning.

Poley Sooknanan, 81, has until Thursday to file an affidavit in response to an injunction application before Justice Ronnie Boodoosingh in the San Fernando High Court, filed last week by his fellow villager Surujdeen Dookran of No 2 Trace, Carolina, near Couva. Dookran and his nephews Krishna and Rajhindra Lagan are contending that they have been using the access pathway for the past 50 years.

Dookran said in his lawsuit that recently his wife fell ill but an ambulance could not access his house because of the steel bars. Paramedics had to lift her bodily for about 100 feet. After she died, even the hearse bearing her body could not reach their home. Pallbearers lifted the coffin, and even when they did so, the steel bars prevented easy access onto the main road where the hearse was parked.

Monday, attorney Jeevan Andrew Rampersad, instructed by attorney Stephen Boodram, told Boodoosingh that owing to the gravity of the situation, Sooknanan should be injuncted and ordered to remove the steel poles.

“My Lord, there is no alternative vehicular access and I will be asking for the steel poles to be removed today,” Rampersad said.

Sooknanan was in court, as were Dookran and the Lagans.

Sooknanan’s attorney said she will be filing an affidavit in response to the injunction.

The post Man to tell judge why bars must stay appeared first on Trinidad and Tobago Newsday.

Tue Jul 24 , 2018
MEMBERS of the pan fraternity turned out in large numbers Monday to bid final farewell to Steve Achaiba, the last captain and arranger of Hatters Steel Orchestra to bring the National Panorama title to the south, back in 1975. At his funeral service held at Guides Funeral Home, Coffee Street, […]