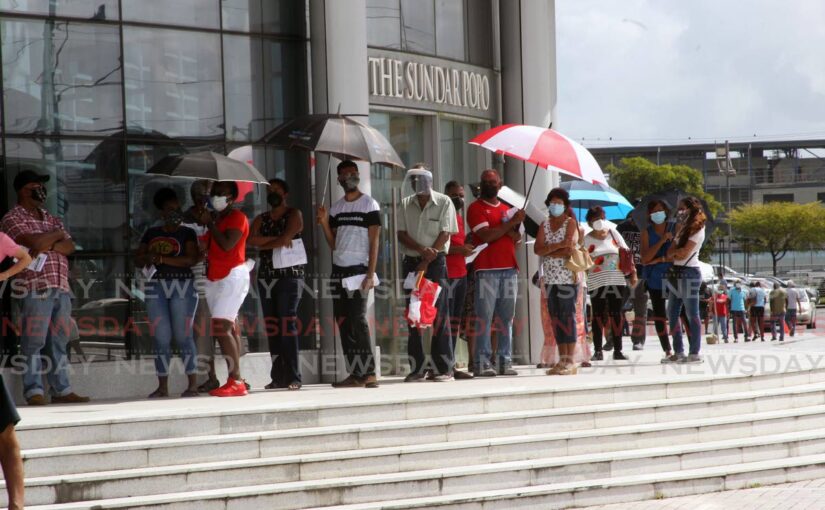 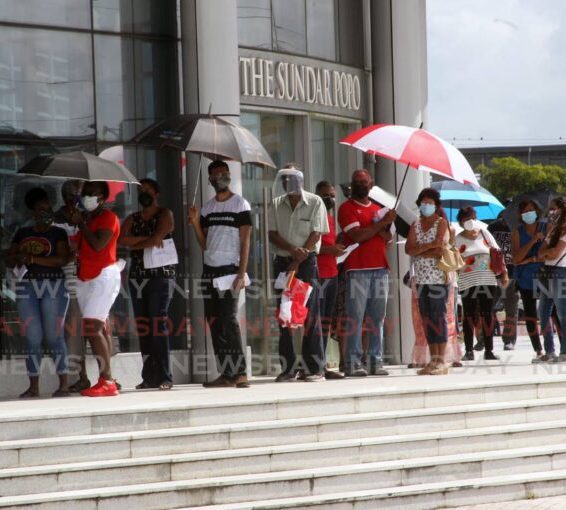 News
People form a line as they wait to receive their booster vaccine at the SAPA mass vaccine site, San Fernando. – Photo by Lincoln Holder

Many people showed up at the Southern Academy for the Performing Arts (SAPA) in San Fernando on Thursday, but most visited the covid19 mass vaccination site for the booster.

There were long lines for the booster, while people trickled in for the first jab.

One man said he is due to get his second jab next week and was hoping to get it on Thursday, but realised he had not brought his immunisation record card.

“They (staff) told me to come back on Monday,” the man said as he was leaving the site.

With the help of the South-West Regional Health Authority staff and security guards, people filled out forms for the booster under a tent.

People who waited to get the jab said it was to protect themselves and others from the virus.

The SWRHA has said people who got their second dose of the vaccine between June 26 and 30 can get the booster on December 30 and January 3-7.

The SAPA site closes on Friday (Old Year’s Day) and reopens on Monday, to give the vaccinators a break for the holiday.

People who received their final dose between June 15 and 18 can get the booster from January 13-18.