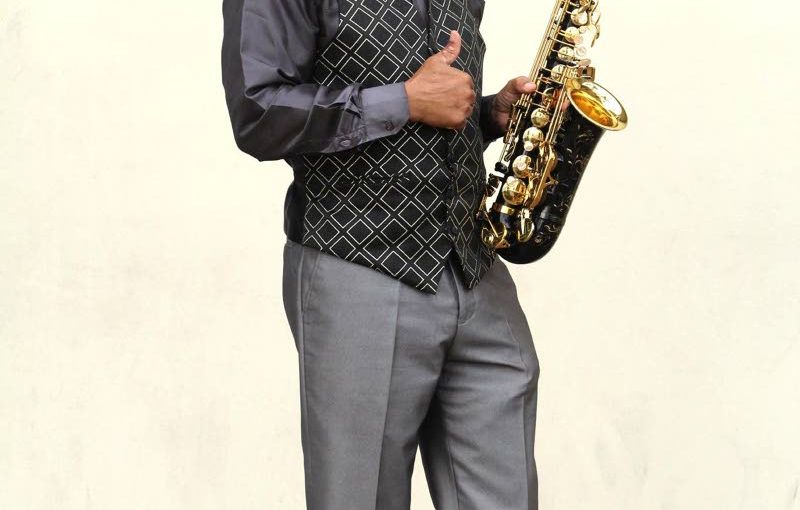 PEDRO LEZAMA will be raising funds to offset his medical bills tomorrow. The saxophonist who has played for many government and corporate functions, funerals and weddings was diagnosed with colorectal cancer last year.

The fundraiser will be held at Trinity East Bishop’s College, Trincity from 1 pm. Many artistes have volunteered their service including Isasha, Million Voice, Kurt Allen, Karen Eccles, Gypsy, Denyse Plummer, Kenny J, Dane Gulston and members of the TT Police Band under the direction of Oral Rodriquez, among others. His childhood friend, comedian Learie Joseph, has also agreed to “come and do something,” he said.

The musician with over 30 years in the business said to Newsday, “In August of last year, I was diagnosed with colorectal cancer. After exhausting all avenues to address my condition, expeditiously, I sought medical attention outside in New Jersey, US.”

He said what was “a bit disheartening” for him was “within three weeks in TT, I had to spend close to $20,000 from doctor to doctor with very little possibility of seeing the horizon.”

But a friend, Angela Poppin, was very determined to have him seek medical attention in the US after seeing her sister die from the same type of cancer and herself being a “two-time cancer patient.”

He was quickly attended to in the US. “I arrived in the US on a Friday. I went in via emergency on the Saturday. They ran tests on Saturday, they ran tests on Sunday (X-rays and CT) scans and by the following Monday, I was in the operating theatre where the laparoscopically went in to find out exactly where the cancerous area was located.”

Having done that, Lezama said, the doctors “dealt with it then and there. They removed the cancer.”

Everything was quite fine after surgery, he added, until his stitches ruptured. This resulted in Lezama getting septicaemia (according to oxforddictionaries.com blood poisoning, especially that caused by bacteria or their toxins). This caused him to have a medically-induced coma. He experienced several medical setbacks after this.

“I spent three weeks in the coma. I then got pneumonia, after I came out of the coma, after experiencing bedsores and all of that, I also got a heart attack.”

During the coma, Lezama’s lungs and stomach had collapsed. “As a musician, a blowing musician, it is difficult to experience a collapsed lung because I am reliant on my lungs to play my instrument,” he said.

Since then his condition has improved, he said, while giving credit to the “hard-working doctors” who were “very determined to ensure that my condition had improved.”

Initially, Lezama’s medical bill came up to over US$1 million. But having applied for charity care (in the US Health system, it is healthcare provided for free or at reduced prices to low-income patients), his bill was reduced.

“I being a foreigner and having successfully gone through the rigours of applying for charity care, my million-plus bill was nullified,” he said.

The bills have, so far, accumulated to close to US$50,000. He also has a colostomy (according to www.healthline.com a surgical procedure that brings one end of the large intestine out through the abdominal wall) and hopes to reverse this.

“In order to reverse this condition, I am expected to at least take care of half of the outstanding cost,” he said.

This is a lot of money for Lezama who is “broke like hell right now.” But sincerely hopes to have his condition reversed. “I don’t have any money to pay but I would like to go back and have my condition reversed because to spend the rest of my life with a colostomy bag is not an easy thing.”

He thanked all those who supported and prayed for him but more deeply thanked “Angela Poppin for initiating the idea and for being there to support me at a time of need.”

He has been advised by his oncologist to begin playing the sax again but “it is very difficultly right now. I am having severe difficulty breathing…”

Lezama hopes to raise at least US$45,000 to 50,000. He added even if the show is successful, it won’t raise half of the funds needed and so he might have to do another fundraiser.

He won’t say he is cancer-free. The cancer was removed and he is doing eight rounds of chemotherapy at the National Radiotherapy Centre, St James Medical Complex, Western Main Road, St James. He has completed four rounds of the chemotherapy.

Tickets for the show cost $250 and can be bought at Crosby’s Music Centre, St James and at the Living Water Community, Frederick Street, Port of Spain.

Africa Film Fest is on

Sat Jul 21 , 2018
THE Africa Film TT (AFTT) is offering a movie for everyone in this year’s festival – from comedy to drama, action and romance. The festival opened last night with a free family movie night on the Brian Lara Promenade. Tonight, the family movie is at the Arima Velodrome from 6.30 […]