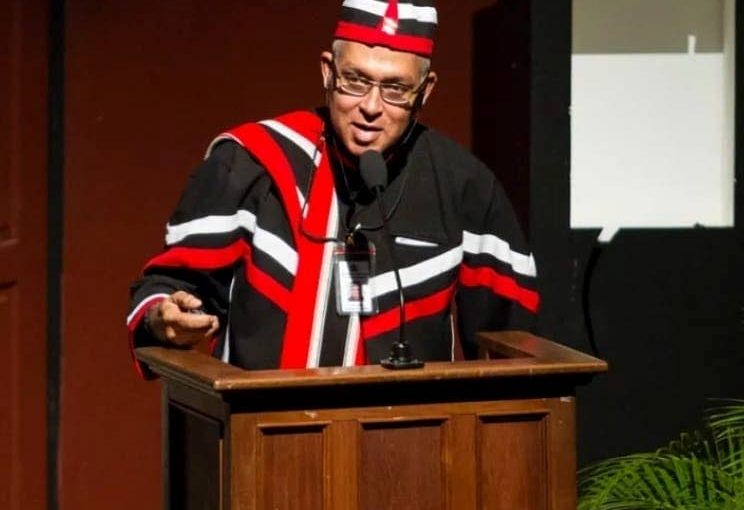 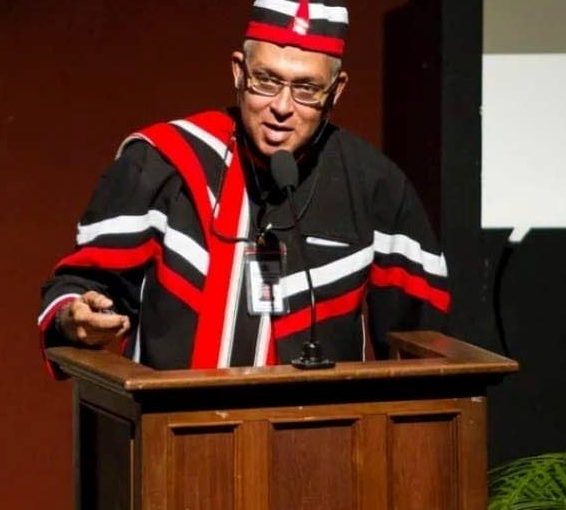 PETER Telfer’s infectious beat of the African drum has been silenced, but memories of his remarkable work lives on.

Telfer, 63, died on Friday morning at the Arima General Hospital where he was receiving treatment for several weeks in the intensive care unit.

During this time, Facebook was used as a medium for friends in the cultural community to channel positive vibes and pray for his recovery.

On Friday morning, many Facebook pages were filled with expressions of grief and sadness at his passing, and warm memories of those he touched along his life’s journey.

Archbishop Jason Gordon and Minister of Tourism, Culture and the Arts Randall Mitchell hailed him as a patriot.

For over four decades this cultural icon, who founded the Mawasi Experience, which celebrated its 41st anniversary three days ago, made worship service at local Roman Catholic churches an unforgettable spiritual and uplifting experience.

Parishioners at Sacred Heart RC, where he spent his latter years, welcomed the infectious beat of the African drums which he incorporated in the band.

Although he was not formally trained in music, admitting in previous interviews he could not read a musical note, Telfer, best known as a drummer and percussionist, was a well-known composer who interjected his own spin on praise and worship songs.

He attributed this talent as a gift from God and used it to spread the message of love and humanity.

A true patriot, he was hardly ever seen in garments not reflective of the red, white and black colours of TT’s national flag.

Gordon was among the mourners who took to Facebook to pay tribute.

“Peter has given so many gifts to us as a church. We have lost a great Catholic and a true patriot of TT. May we continue to pray for his family during this time and for the eternal rest of his soul. #RestinPeace.”

The Catholic News also acknowledged the musical contributions of Telfer and the Mawasi Experience to the Catholic community and many local, cultural productions.

“He was the creative coordinator, drummer, percussionist and composer. For many years the group practised for performances at the Sacred Heart RC Church, Port of Spain where they kept their musical instruments.

“Every month, Mawasi added to the liturgy at the church’s 11 am Sunday masses. Telfer founded Mawasi Experience on Sunday October 12, 1980, and over the years they produced new liturgical music with a Caribbean feel.”

The Ministry of Tourism, Culture and the Arts where he worked as a cultural officer, also joined the national cultural fraternity in celebrating Telfer’s life.

“Mr Telfer’s passing was a great loss and his talent and passion for the arts certainly made TT’s cultural landscape even richer.

“He was not only a cultural icon, but a patriot, a gifted drummer, and a composer who always displayed his national pride and was always adorned in red, white and black.

“As a cultural officer with the former Ministry of Community Development, Culture and the Arts, his colleagues fondly remembered Peter as someone who not only worked in the administration of the sector, but was also passionate about the advancement of culture and the arts in TT. This he made his life’s work.”

In extending condolences to Telfer’s family, his Mawasi Experience band members and the cultural fraternity, Mitchell also expressed his heartfelt thanks to them for his contribution to the arts and culture.

“We thank you for allowing Peter to share his time, talent and his passion with all of TT. He will indeed be missed.”