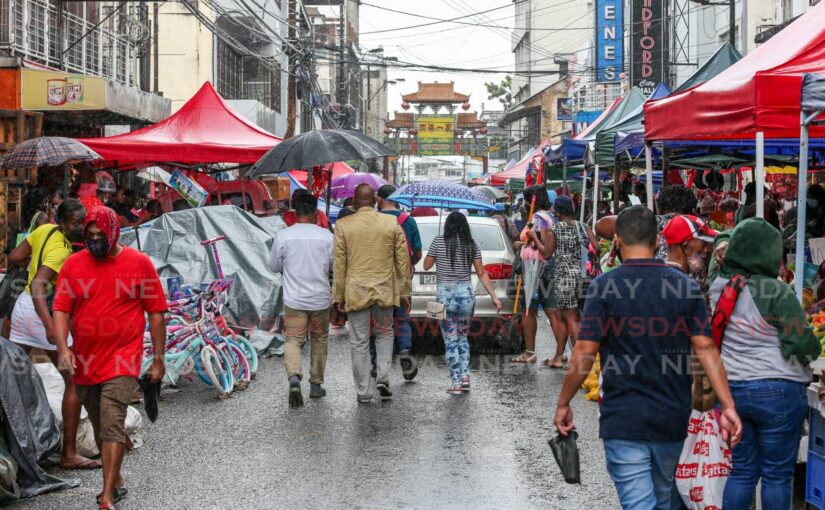 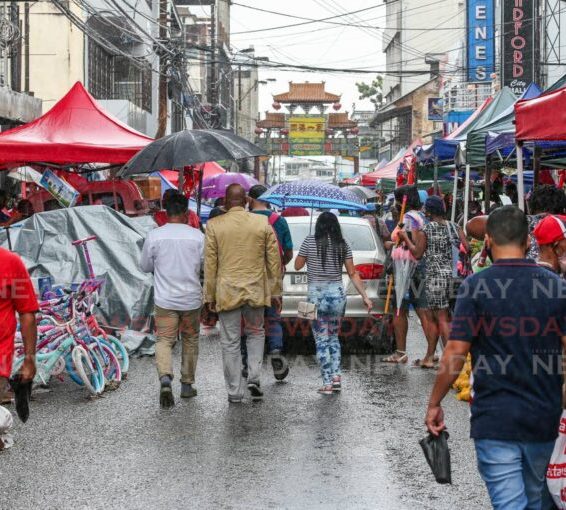 Shoppers scrambling for last-minute gifts on Christmas Eve were unfazed by the rain on Friday morning in downtown Port of Spain.

Charlotte, Frederick, Queen, and Henry Streets were buzzing as usual, the day before the holiday weekend. But a few shoppers and store owners said the crowds were still thinner than in previous years.

“People were afraid to come out. But whatever we get, we make do with it (and) we appreciate it.”

She said shoppers were still interested in their usual seasonal purchases, including curtains, bedspreads and sheets.

One customer, who requested anonymity, was there buying material for curtains she was planning on sewing tonight.

“If I don’t get them done tonight, I will have for New Year’s,” she joked. “I only buy when I have to, once a year and that will carry me through the year.”

She said she wasn’t planning on doing much shopping, only what she needed.

“You have to spend your money wisely, so you don’t go shopping like crazy.”

The store manager, who also requested anonymity, at Cookies and Creme toy store on Queen Street, said sales were much slower than last year on Friday, but earlier in the week the store was busy.

“Maybe they thought Christmas Eve would have too many people, so they came during the week to avoid the crowd.”

She said she was hopeful things would pick up a little later in the day, but she was surprised by the slow pace on Christmas Eve.

Another shopper at a nearby toy store on Queen Street who was shopping for her godson said the city was busy, even with the rain.

In Wonderful World, another shopper, Christine Samaroo, said she found the holiday crowd busy, but manageable. She said she was still a bit uncomfortable being out during the pandemic.

She said she couldn’t wait to get home, wrap her presents and relax.

A shopper in Centre Stage toy store on Frederick Street said she was quickly trying to get s few presents for her grandchildren and nephew.

The woman, who also asked to be anonymous, said she found the city very busy.

“I find people are shopping. You’re seeing the bags,” she joked. “Before, they were just window-shopping. It’s picking up now.”

She said she thought Port of Spain was busy all week, so much so that she used alternative routes to get to work to avoid the crowds.

“I just want to get in and out. Just standing up here was too much for me.”

The post Last-minute shoppers brave rain on Xmas Eve in Port of Spain appeared first on Trinidad and Tobago Newsday.