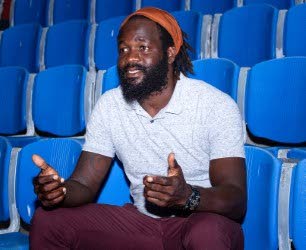 KYLE JOSEPH, coach of the Tobago Select Sports Academy, was elected unopposed to lead the Tobago Athletic Committee, for the 2021-2023 period, at the organisation’s annual general meeting and elections, via Zoom, on November 7.

After his election as president, Joseph said, “I believe the youths of Tobago have untapped talent, and has yet to reach their full potential as elite athletes.

“If all the clubs can work together, pool their resources and encourage healthy competition among themselves, the children and young adults will see a change, not only in sports, but in our country. We will see an increase of Tobago athletes getting scholarships abroad, and representing Trinidad and Tobago on the world stage.

“I know there is a lot of work to be done, in achieving this vision, but I am willing to listen and learn, in my commitment to laying a path for overall success.”

The National Association of Athletic Administration (NAAA), the governing body for track and field in Trinidad and Tobago, will host their elections on November 27.

Morrison, who is the coach at Kaizen Panthers Athletic Club and Bishop, coach of the Mercury Athletic Club, will contest the post of directors, on the slate led by Dr Ian Hypolite.

The Tobago representatives, facing the club delegates on the incumbent George Comissiong team, are coach of the Tobago Falcons Athletic Club, Durly Lucas, who will be vying for his second term as second vice-president.

Practising attorney-at-law and former TT athlete, Cuquie Melville, will vie for a post as a director.