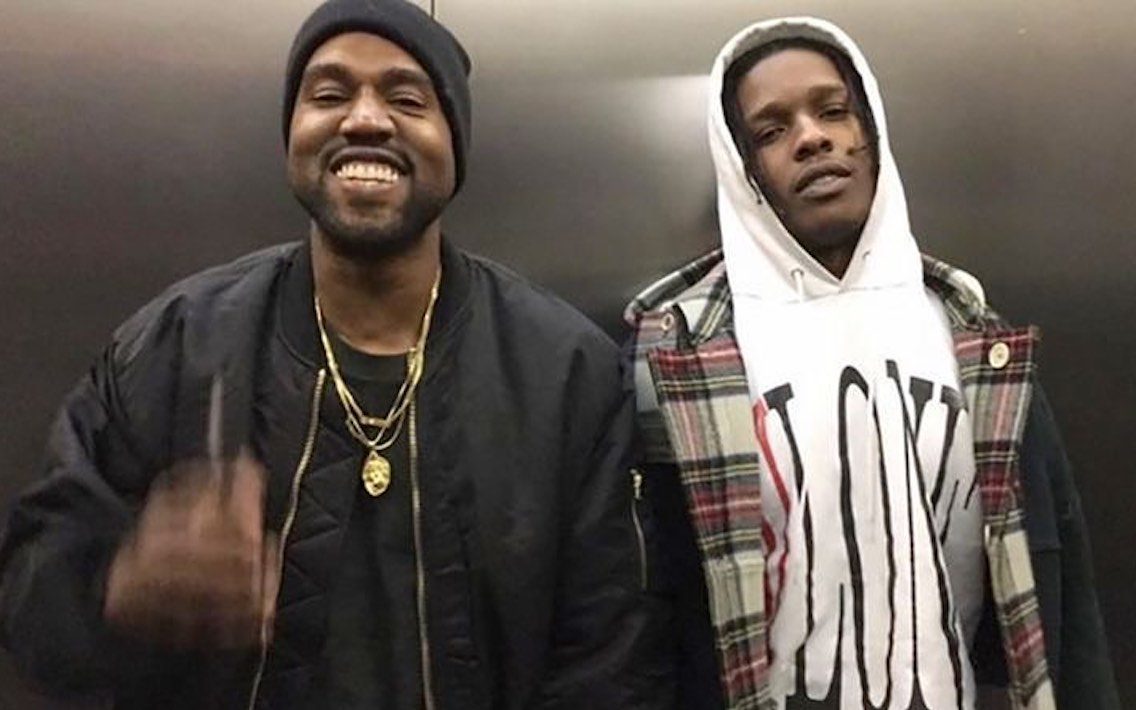 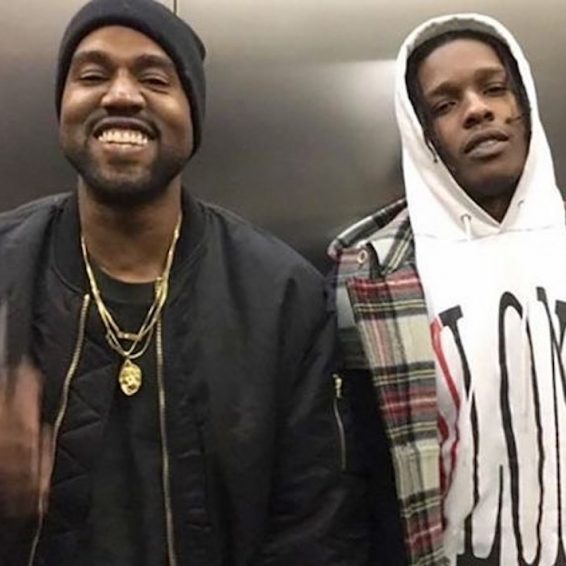 Kanye West and A$AP Rocky both dabbles in hip hop and fashion so when you see them together it means something big is coming.

The two rappers were spotted together on Monday evening, grabbing dinner in Malibu and glaring at the paparazzi as they chatted. The two rappers, both of whom are known for their influence on fashion, each boasted head-turning looks.

Yeezy rocked a black leather jacket which has become his trademark in recent months, along with a pair of Balenciaga x Crocs boots, while Rocky donned a tailored suit worn with the shirt untucked and paired with a letterman jacket, trucker hat, and red gloves. Both Kanye West and Rocky have become hip hop trendsetters over the last decade, debuting new styles before they catch on with the masses.

While A$AP Rocky is certainly considered by many to be a style icon in the music industry, Kanye has officially reached billionaire status with his brand YEEZY, epitomizing success in business and fashion simultaneously.

Shortly after dropping his last album, Donda, ‘Ye purchased two new homes—one in Malibu and one in Belgium—suggesting that we may be seeing a lot more of him in that region of the West Coast. Kanye’s recent interview on Drink Champs has everyone buzzing, breaking the show’s viewership record and heading towards becoming the most popular hip hop interview of all time.

Meanwhile, A$AP Rocky has been celebrating the re-release of his first mixtape, Live.Love.A$AP, which dropped on streaming platforms. Rihanna’s boyfriend also teased new music during a recent conversation on Desus & Mero, so fans are anxiously awaiting what he might have in store.

It’s unclear at this time if Kanye and A$AP may be collaborating on something musically or in fashion, or if they were just enjoying each other’s company as two rappers and trendsetters with similar interests. The artists collaborated in the past on “Jukebox Joints”, so it would be interesting to see what these two insanely creative minds could come up with if they decide to work together again.