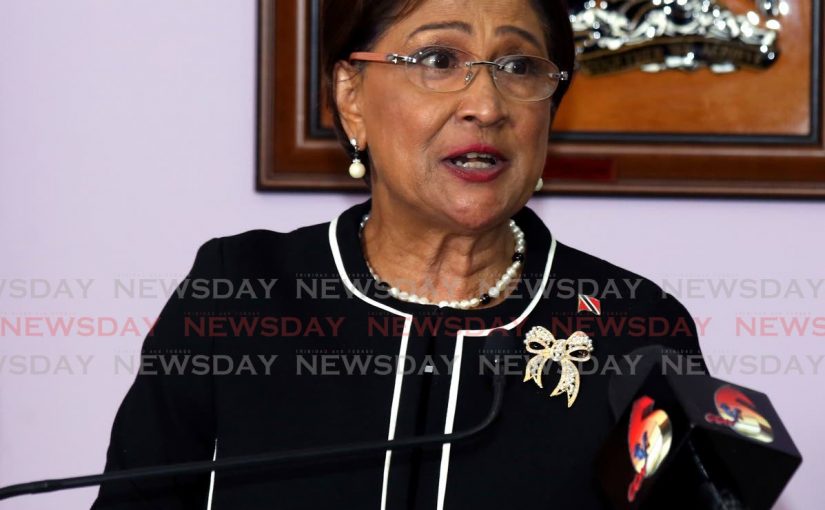 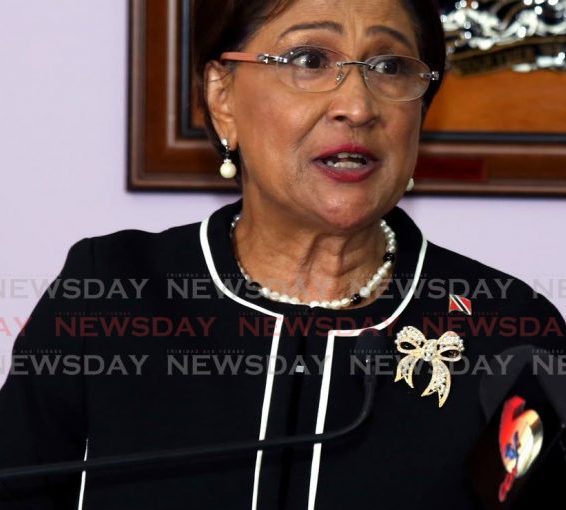 OPPOSITION Leader Kamla Persad-Bissessar has advised President Paula-Mae Weekes to hold off on appointing a new Police Service Commission (PSC) unless she clears the air on what caused the collapse of the former commission.

She said as of now, there are too many unanswered questions that could cloud the appointment of a replacement.

“The President must come clean and tell the citizens whether there was unlawful political interference in the process of selecting a commissioner of police.”

She said while that issue may have caused all members of the PSC to resign, the President is going about business as usual, but there is still time to change course and act on behalf of the people.

“As of now, the President refuses to come clean and tell the citizens whether there was unlawful political interference in the process of selecting a CoP.

Pointing to the submission of names to fill positions in the PSC, left vacant after chairman Bliss Seepersad followed the other members in resigning, Persad-Bissessar asked where the President submitted the list of nominees.

“To the Parliament? We have had those notifications there for a while. But we have no Parliament. The Prime Minister is not here.”

The Prime Minister has been attended the climate change summit in Glasgow, Scotland, where he addressed the conference on Tuesday morning.

Persad-Bissessar lamented, “There was no Parliament sitting all of last week, and there will be none this week, because the Prime Minister and his colleagues have recklessly jetted off to Scotland, leaving the country in a state of disarray.

“They were here last week – why didn’t they summon the Parliament to deal with this?”

She accused Weekes of making the Office of the President “into a laughing stock that many citizens now take for a joke, or a meme and nothing more. You are failing the citizens, Madam President.”

She said this failing of the President is not just a matter for lawyers and politicians to quarrel over, as it has real effects in the real world.

“It affects each and every one of you.

“Because Rowley interfered in the selection of a CoP and the President and Speaker appear to be preventing the country from finding out the truth, there is no CoP and people have lost faith in the police service.

“We are turning into a banana-republic dictatorship, when during this covid pandemic a government financier can host a wedding for his daughter (with) over 200 guests, where hundreds of persons gathered at the funeral of a reputed gang leader, and at the funeral of an insurrectionist were allowed by the police to break the law and covid regulations with impunity.

“On the other hand, at citizens’ funerals, police rough up and fine the mourners. In public protests for their rights or private gatherings of worshippers, the police selectively enforce the law.

“Again, one law for them, and one for you. It’s a ticking time bomb at the TTPS.”