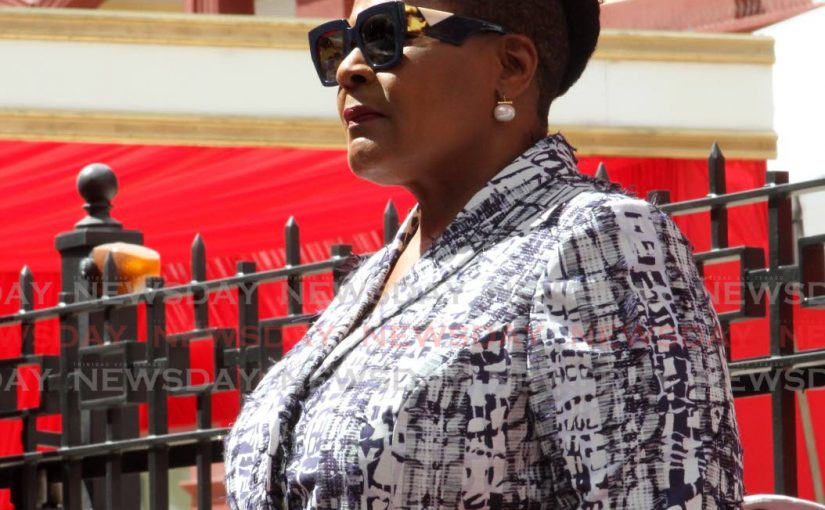 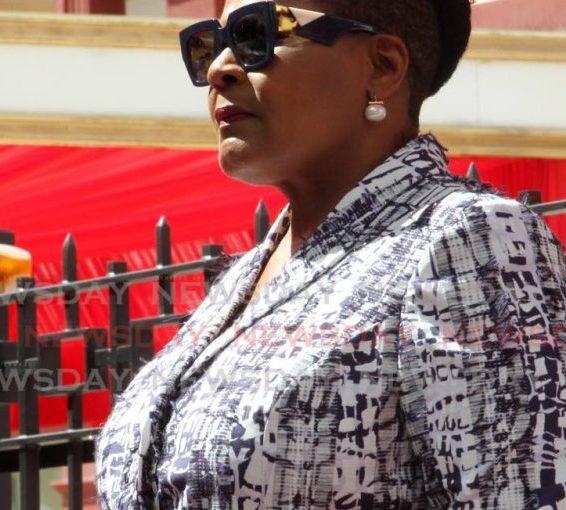 UNDER PRESSURE: President Paula-Mae Weekes who is under pressure over the police commissioner appointment issue. FILE PHOTO –

IN A HISTORY making move, Opposition Leader Kamla Persad-Bissessar has filed a motion in Parliament seeking to have the House investigate and potentially remove President Paula-Mae Weekes from office over the police commissioner appointment imbroglio.

In announcing this on Friday during a press briefing at the Office of the Opposition Leader in Port of Spain, Persad-Bissessar accused the President of being politically influenced and as such, is unfit to continue serving as President.

In September, Persad-Bissessar in a media release claimed she received information that Weekes was visited by the Prime Minister and alleged the intention of this meeting was to influence the President in the selection process of appointing a police commissioner.

Under the constitution, the selection of a police commissioner can only be done by the PSC.

Persad-Bissessar said the motion was filed under Section 36 of the Constitution which allowed for the soundness of the President’s behaviour to be challenged in the Parliament after allegations of impropriety.

Under the provisions of the Constitution, a President can be removed from office on four grounds, namely that:

* The President has behaved in such a way as to bring his/her office into hatred, ridicule or contempt;

* The President wilfully violated the Constitution;

* The President endangered the safety and security of the State and;

* The President is deemed to be infirmed or no longer mentally competent to hold office.

Persad-Bissessar said her motion was filed on the first three grounds set out by the Constitution for the removal of a President.

“We as a nation were fortunate that we never had reason to reflect on to whom the President is accountable to, because the issue never arose (before) but sadly, it has now arisen in these circumstances.

Despite the disadvantage in having the motion accepted at any stage due to the larger number of government members in the Parliament, Persad-Bissessar said she is forging ahead as this is a fundamental issue and a matter of urgency.

“You might tell me, ‘Kamla you know they outweigh you, they have the numbers, you’re going to lose.’ But I think in the public’s interest we must have accountability to raise questions and they must provide answers in Parliament.

“Who went to the President’s House for example? When and why? Who interfered in what was supposed to be an independent process?

“It is my duty as the Opposition Leader, with my team, to use the mechanisms available in the Constitution to hold the President accountable. You cannot go and lock her up, you cannot ill-speak her.”

She said the motion was filed on Thursday and may lead to the Speaker of the House convening a joint sitting of Parliament where senators and MPs would debate the motion.

If passed, the motion would lead to the establishment of a tribunal – led by the Chief Justice and at least three other senior judges – to investigate whether the President acted appropriately.

The tribunal’s report would then be sent to the Parliament for consideration on whether or not the President should be removed from office.

She said the appointment of a police commissioner is an extremely important one that must be made with no political interference or spectre of interference and in the strictest adherence to the Constitution.

She warned that if rushed or done incorrectly it could have serious consequences for TT’s democracy and security of the State. She said that the court ruling on Thursday in which the acting appointments of both Griffith and Jacob were invalidated meant that for the first time in TT’s history as an independent country, its police force has no clear leader and no clear head who can legally acquire goods and services for the efficient running of the service and to discipline, promote or transfer officers.

On the issue of nominees for new members of the PSC, Persad-Bissessar said that thus far, the names of former judge Judith Jones and accountant Maxine Attong were sent to Parliament but added that she did not get the chance to research two additional nominees in criminologist Ian Ramdhanie and Maxine King.

She maintained that the Opposition will not be supporting any nominees for members of the PSC sent to the Parliament from the President.

“I don’t think that (the President’s) office has the ethical or moral authority to be making these pronouncements.

“The President’s office may feel they have to move fast (to constitute a new PSC), they have to do something, but as I said on Thursday there must be due diligence with these nominees.