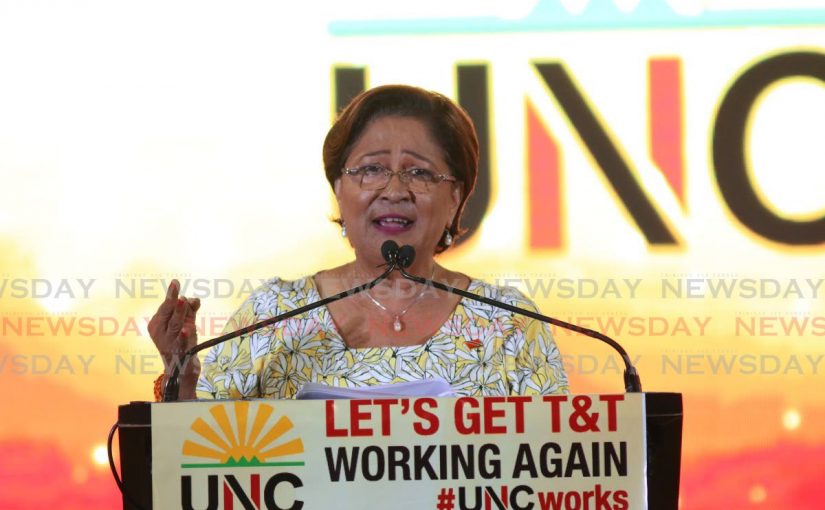 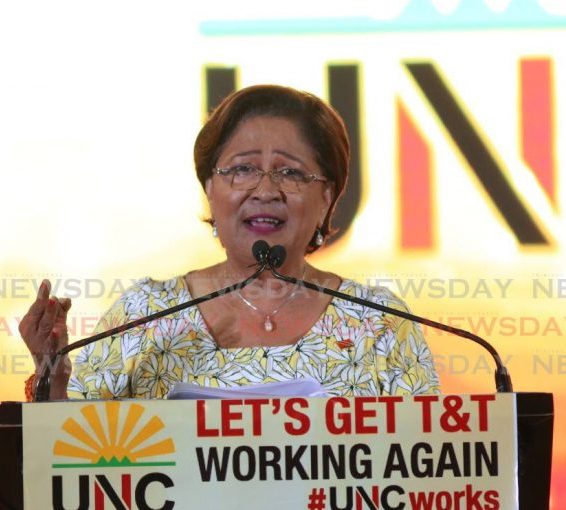 OPPOSITION Leader Kamla Persad-Bissessar has warned Health Minister Terrence Deyalsingh to watch out for Principal Medical Officer Dr Maryam Abdool-Richards, because she is going to replace him as the St Joseph candidate in the next general election.

Deyalsingh has defended Abdool-Richards’ appointment to the board of Angostura Holdings Ltd.

Persad-Bissessar criticised Abdool-Richard’s Angostura appointment, saying while covid19 cases and deaths keep climbing, given her key professional role in the health sector, she should be focusing on managing the disaster, and not chalking up a third state board appointment to her name.

Abdool-Richards is on record as saying she sees no conflict with her present position and that of an Angostura director and that she is quite capable of managing the workload.

On a United National Congress (UNC) virtual platform on Monday night, Persad-Bissessar said, “I am deeply worried about the state of our health sector under these people. Things are only going to get worse, because they do not have a plan to slow the spread of covid19.”

She said the “failed health team” must go, for while they pat themselves on the back for an excellent job, deaths are nearing 2,000 and cases number 65,000. She said the team cannot be trusted.

She also recounted the grim weekend toll, which included 48 deaths in 48 hours, among them a child.

Expressing sympathy with the grieving families, Persad-Bissessar voiced the opinion that something is radically wrong with the increasing numbers of infections.

“Ever since the state of emergency (SoE) was declared, the deaths have skyrocketed.”

She compared the 200 tally between January 2020 and May 2021 with the skyrocketing figure of almost 1,700 during the six months of lockdown.

Again calling for an enquiry into Government’s handling of the crisis, Persad-Bissessar said “the failed health team of the Prime Minister, Minister of Health” and others must account and be held accountable for these deaths.

Instead of dealing with the health crisis, she said, there is more concern with saving skins, looking good and protecting the Government.

In seeming reward for this behaviour, she said, Abdool-Richards was being favoured, as she was recently appointed to a state board – her third.

“Let us understand what that means. It is not only about her misuse of her time and concentration – because she should be focusing on the covid disaster, given her key professional role in the health sector.

“It is not only about her amassing more and more taxpayer dollars with these very questionable appointments, I want to raise the issue of Dictator Rowley’s undermining of our institutions, yet again.

“As principal medical officer, she is bound by the public service regulations, which mandate that she be non-political.”

Deyalsingh had previously said, “Dr Abdool-Richards was given permission to be on the board of Angostura, on the basis that the public service regulations do not debar it, and I have cleared that with the Permanent Secretary.”

Persad-Bissessar said the separation of powers is crucial to the republican Constitution to ensure political partisanship does not pervade everything, such as housing, education, employment, health.

“However, now the principal medical officer has three other jobs to do and the health sector is in crisis.

Persad-Bissessar concluded, “Deyalsingh, watch out, the talk is that she is coming to replace you as a candidate in St Joseph, so take note.”