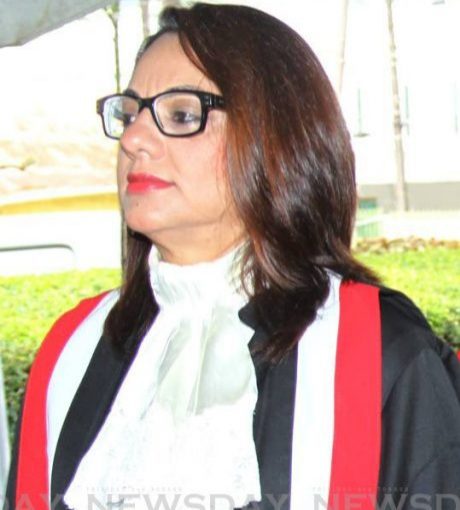 THE JUDICIARY has rubbished suggestions of there being “any nefarious intent or conspiracy” by the judge who ruled on the interpretation summons striking down certain portions of law that related to the appointment of an acting commissioner of police because of a correction of an error in her order.

In a statement on Saturday, the Judiciary took issue with the suggestion that Justice Nadia Kangaloo had amended her order after she gave her ruling in the Ravi Balgobin-Maharaj interpretation claim on Thursday.

On Friday, Opposition Leader alleged political interference after attorneys for the State and the Police Service Commission (PSC) e-mailed the judge’s judicial support officer seeking clarification on her order since an early e-mailed copy suggested that the whole of Legal Notice 183 of 2021 – which shortened the process for the appointment of a commissioner and deputy commissioners and also allowed for contract and former contract officers to be considered to act – had been struck out.

Later Thursday night, an amended order was e-mailed to the parties correcting the error to reflect the judge’s ruling that only struck out paragraph 4 of the 2021 Order as being superfluous.

Paragraph 4 allowed the commission to submit to the President a list of suitable candidates from among the ranks, including anyone on contract or who was previously employed on contract, to be nominated to act as commissioner and/or deputy, pending the appointment of a substantive office-holder.

On Friday, Newsday was told after the court’s (first) order was received at 4.30 pm Thursday, an hour later, one of the attorneys for the State wrote to the judge’s JSO and copied members of the team as well as the instructing attorneys for both the PSC, Gary Griffith and the claimant, Balgobin-Maharaj.

The Opposition Leader claimed there was no communication with the claimant.

On Friday, Newsday was shown the series of e-mails to the judge’s JSO, including one at 6.09 pm, when the PSC’s attorneys also e-mailed seeking clarification. They also copied the claimant’s attorneys and the other parties. At 8 pm, the corrected order was sent to the parties by the judge’s team.

She had no direct contact with the attorneys, Newsday was told.

Her written decision sent at 11.13 pm – again by her JSO and not her directly.

“I would not think that any judge would contact any party privately.”

The Judiciary on Saturday also set out the timeline relating to the correction of the order.

It said it saw as “most unfortunate, and hopefully not born of malicious or Machiavellian intent” the suggestion that the judge amended her order after she gave her ruling.

It expressed hope it was simply a lack of understanding of the process.

It explained that after the judge ruled, the order was quickly drafted and sent out to the parties but “unfortunately” contained a clerical error. These types of errors, the release said, is normally corrected by use of what is called the “slip rule” (the correction of a clerical error).

The Judiciary said as soon as the error was corrected it was brought in line with what Kangaloo had clarified in court on Thursday. It also noted that when the concern was raised by the attorneys, the recording and ruling were checked for verification and the slip rule invoked.

It also insisted it had not seen the Attorney General’s release that evening, adding it was “of no import, consequence or moment to the Judiciary which had done its work as it would have in the normal course of events.”

In taking umbrage with press reports on the issue, the release said, “Justice is not a cloistered virtue and as such the Judiciary does see that in its desire to ensure immediate dispatch of time sensitive orders in matters of public and national importance, a drafting error was made.

“As any seasoned attorney would know however, this is of the nature of errors for which provision is made in the rules for simple correction by the Registrar. This was done.

“To suggest any nefarious intent or conspiracy is to seek to undermine the independence of the Judiciary and the very democracy on which our nation stands…Such casually made suggestions of intent or conspiracy are not cute or humourous attempts at market capture, but are in fact very

harmful and dangerous to peace and order in our democratic society and as good citizens we should all avoid the temptation to make them.”

On Friday, although the order was corrected, the State through Attorney General Faris Al-Rawi, said it does not agree with Justice Nadia Kangaloo’s ruling that any part of the 2021 Order was invalid.

Al-Rawi in a release on Thursday evening, said counsel for the State and the PSC sought to save that portion of the 2021 Order that committed the PSC to shorten the procedure for selection of a commissioner.

“To be clear, the Office of the Attorney General agrees with her Ladyship’s ruling that subsection 123(2)- (5) apply to acting appointments and that Mr Griffith’s acting appointment was invalid because it was not approved by the House of Representatives. But we disagree with her ruling that any part of the 2021 Order is invalid.

Kangaloo also invalidated a 2009 Order which allowed for the PSC to appoint a deputy commissioner to act as top cop without approval of the Lower House.

An appeal of Kangaloo’s ruling is expected as the Attorney General, in his statement on Thursday, said it was considered that the judge erred in invalidating paragraph 4.

“We will therefore be appealing that aspect of her order in any event.”

The release said the Office of the AG agreed with the judge’s ruling that Griffith’s acting appointment was invalid because it did not get the approval of the House.

“The effect of Her Ladyship’s construction of section 123 is that the long-standing practice of the Police Service Commission, which has straddled various changes of government, will have to be urgently reconsidered.”

The release also said it was hoped that the PSC will be urgently reconstituted and that there will be a mature and sensible collaboration in the House of Representatives in approving any acting appointment which will now need to be undertaken as a matter of urgency.

Three names have already been sent by the President to the House to reconstitute the PSC which collapsed last month amidst controversy surrounding Griffith’s acting appointment on August 18, shortly after his three-year contract ended, and his subsequent suspension one month later. His suspension, which lasted only a couple days, was revoked by the PSC which admitted it acted illegally, and was followed by the resignation of the commission’s members and its chairman, Bliss Seepersad.

There is no word on when the House will debate the President’s nomination of retired Appeal Court judge, Justice Judith Jones, and management accountant Maxine Attong, and criminologist Ian Ramdhanie to reconstitute the PSC.

Kangaloo had been asked by social activist Ravi Balgobin-Maharaj to interpret the law as it related to the appointment of an acting commissioner and determine the legality of Griffith’s appointment.