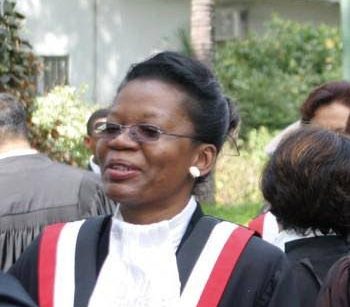 Judge: No law says trade unions must have bank account

A HIGH COURT judge has held that a requirement that a trade union must operate with a bank account is illegal.

In a written decision, Justice Joan Charles granted several declarations to a former bank worker whose challenge of his dismissal was stymied by an illegal policy of the Registration, Recognition and Certification Board.

Apart from ruling that the policy was illegal, she also ordered the board to certify that Mitoonlal Persad was a member in good standing with the Sanctuary Workers Trade Union.

The board also has to pay Persad and the union’s costs.

In her ruling, Charles said the board’s requirement that Persad and the union comply with a practice note “was to debar any trade union from operating without a bank account,” when this was not prescribed” by the Industrial Relations Act (IRA).

She said the act only provided that a worker should be a member in good standing of a union and that the union followed sound accounting procedures and practices. Charles said introducing the requirement or a union to have a bank account was illegal, as it breached the act.

Persad had asked the court to review the board’s decision to deem him “a member not in good standing” of the union because the latter did not have a bank account when he tried to challenge his dismissal from RBC in 2019 in the Industrial Court.

He complained that the decision deprived him of the right of access to justice.

Both Persad and the union took the board to court, arguing there was no prevailing standard accounting practice that mandates any organisation to have a bank account.

In evidence before the court, Devant Maharaj, president of the union, said when the union was incorporated in 2017, as a new trade union its membership was small, and a bank account was not required at that stage.

He said the board had inspected the union’s written books and records and raised no issue on the accuracy or authenticity of the records.

Maharaj also said at no time did the board say the union was in breach of the IRA and a practice note meant to ensure compliance with the act.

The board’s evidence was that the note reinforced the long-standing practice that a union should deposit fees and contributions into a bank account and have evidence of the transactions. This, it maintained, made for transparency and proper and sound financial accountability and eliminated the potential of fraudulent activities associated with money.

In her ruling, Charles said she agreed with Persad and the union’s attorneys that the board practice was ultra vires Section 34 of the IRA.

“The IRA gave no statutory power to the defendant to create regulations and or subsidiary legislation in the exercise of its powers under Section 34.

“Significantly, the defendant does not assert that this note which forms the basis of its policy in determining an application under Section 34 was made pursuant to any statutory power.

“The board is not empowered thereby to amend or modify primary legislation in the IRA,” she held.

Charles noted that the board had no issue or concerns after it examined the union’s books.

She also found the board acted unfairly by not giving either Persad or the union an opportunity to be heard “on the issue of the board’s customary reliance” on the practice that a trade union had to follow sound practices by having a bank account.

“I also hold that the said decision was disproportionate given that it resulted in the restriction of the first claimant’s right to access to justice.”

Persad and the union were represented by attorneys Stefan Ramkissoon, Kiel Taklalsingh, Dinesh Rambally and Jagdeo Singh, who were instructed by Rhea Khan.

The board was represented by attorneys Nadine Nabie, Daniella Boxhill and Avaria Niles.