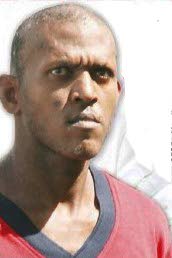 PROSECUTORS have been instructed to “move with the same dispatch” demanded of the defence in Marlon King’s new murder trial.

On Wednesday, Justice Hayden St Clair-Douglas upbraided state attorneys, reminding them that the Court of Appeal gave him instructions, as the judge assigned to King’s new trial, to proceed with the 16-year-old matter with expedition.

He previously reminded defence attorneys of this after he was asked to hold his hand on the retrial since King hopes to petition the Privy Council to challenge the Court of Appeal’s order that he should face a new trial for murdering his four-year-old stepdaughter Amy Emily Annamunthodo. He refused to do so, saying there was no stay ordered by the Appeal Court which would prevent him from progressing the case to trial.

On Wednesday, prosecutor Indira Chinebas admitted that some items of disclosure sought by the defence were not provided. She said while she did not think they were disclosable, it is anticipated that a senior attorney will be assigned to the case to prosecute King and that person would make a decision on providing the defence with the evidence.

However, the judge said he could not accept this proposition.

“The court above me told me to proceed with expedition…The prosecution has to move with the same dispatch.

I find it unacceptable for you to tell me someone is to be assigned and will look at the file and make a decision. Decisions have to be made with dispatch. Pass that message along and let it be done.”

The matter has been adjourned to November 17.

King had successfully argued his appeal against conviction, which was quashed by a three-member Court of Appeal panel.

The court found several faults with the trial judge’s handling of his case in 2012.

Voters in east out early for THA election

King was sentenced to hang for Annamunthodo’s murder when he was convicted by a jury after six days of directions by then-Justice Anthony Carmona.

Annamunthodo was tortured and beaten to death and hung from her hair. King was charged with killing the child – who weighed 33 pounds, was unable to speak properly and was underdeveloped – on May 15, 2006, at his home at Ste Madeleine Road, Marabella.

He was in a common-law relationship with Annamunthodo’s mother, Anita.

Medical evidence was led that Amy was burnt with cigarettes an hour before she died. She suffered multiple internal and external injuries.